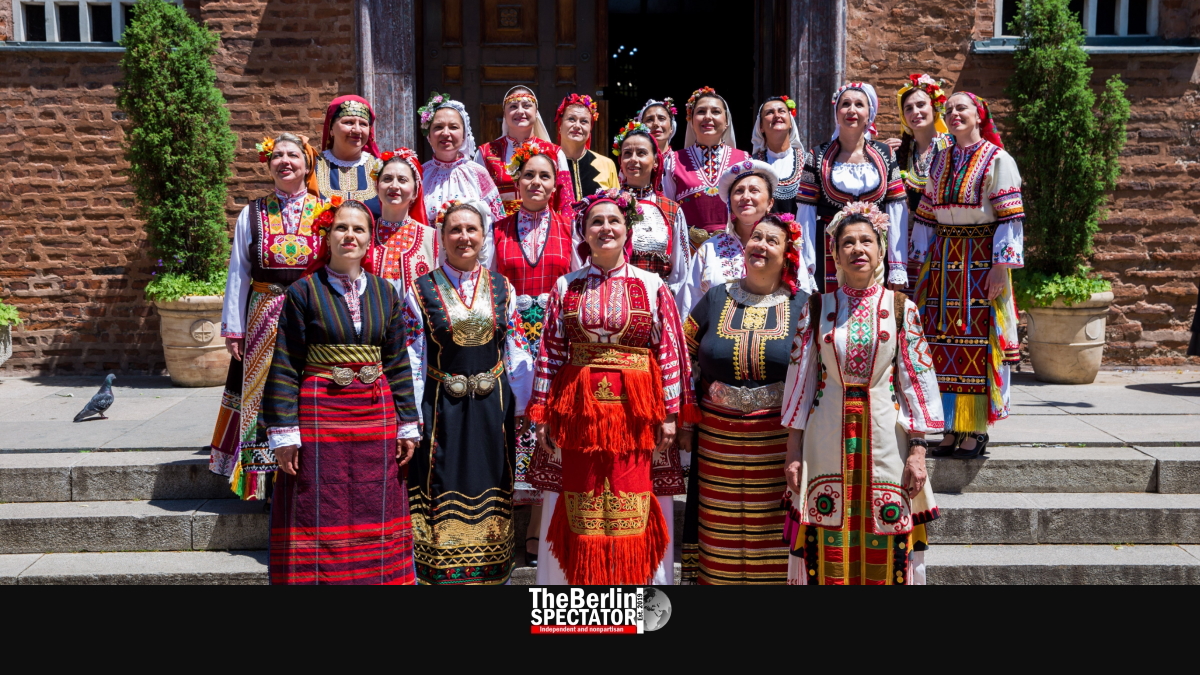 Several Bulgarian women’s choirs around the famous project ‘Mystery of the Bulgarian Voices’ have fascinated the world for decades. It all started long before the fall of communism. Now one of those choirs, ‘The Bulgarian Voices – Angelite’ is about to hit four German stages.

The Mystery of Bulgarian Voices are more famous under their French name, ‘Le Mystère des Voix Bulgares’. For many decades, they have been active. One of their associated acts, ‘The Bulgarian Voices – Angelite’, will bewitch its audience in Berlin soon.

The first choir’s original name might sound rather conventional: ‘The Bulgarian State Television Female Vocal Choir’. Whoever came up with that one, in the communist Bulgaria of 1957, was not too creative. Actually, in 1952, the singing ladies were known as the ‘Ensemble for Folk Songs of the Bulgarian Radio’, which does not sound much better.

But then the Swiss came along. When the ethnomusicologist, producer and radio show host Marcel Cellier was done with them, they carried the name ‘Le Mystère des Voix Bulgares’, which became official in 1997. He released an album for them on a small record label, Cellier Records, in 1975.

A recording entitled ‘Le Mystère des Voix Bulgares, Volume Two’, released in 1989, even got a Grammy Award. Marcel Cellier, who died in 2013, also produced the Romanian pan flute hero Gheorghe Zamfir who was very popular in the 1970s. Cellier definitely knew what he was doing.

The choir singers, new generations of whom have joined both ‘The Mystery of Bulgarian Voices’ and ‘The Bulgarian Voices – Angelite’ over the years and decades, are being chosen in Bulgarian villages. The women are being trained in the singing style the choir uses, which is centuries old. It includes a distinctive timbre and dissonant harmonies.

Similar to comparable choirs from parts of Russia, including Siberia, the sound ‘The Bulgarian Voices’ achieve deserves the word incredible. The entire approach, including their traditional dresses from Bulgarian provinces and the dancing, but mainly their beautiful singing, creates an experience only they provide.

‘The Bulgarian Voices – Angelite’ have performed with Bobby McFerrin and other stars on stages around the world.

The good news is that the angels of ‘The Bulgarian Voices -Angelite’ will be performing at Berlin’s Apostle Paul Church soon, on Sunday, November 10th, 2019, at 5:00 p.m.. Tickets for 46.65 Euro are available here.

Bulgarian expatriates love to visit ‘The Bulgarian Voices – Angelite’s concerts, but so do countless locals in the countries they perform in.