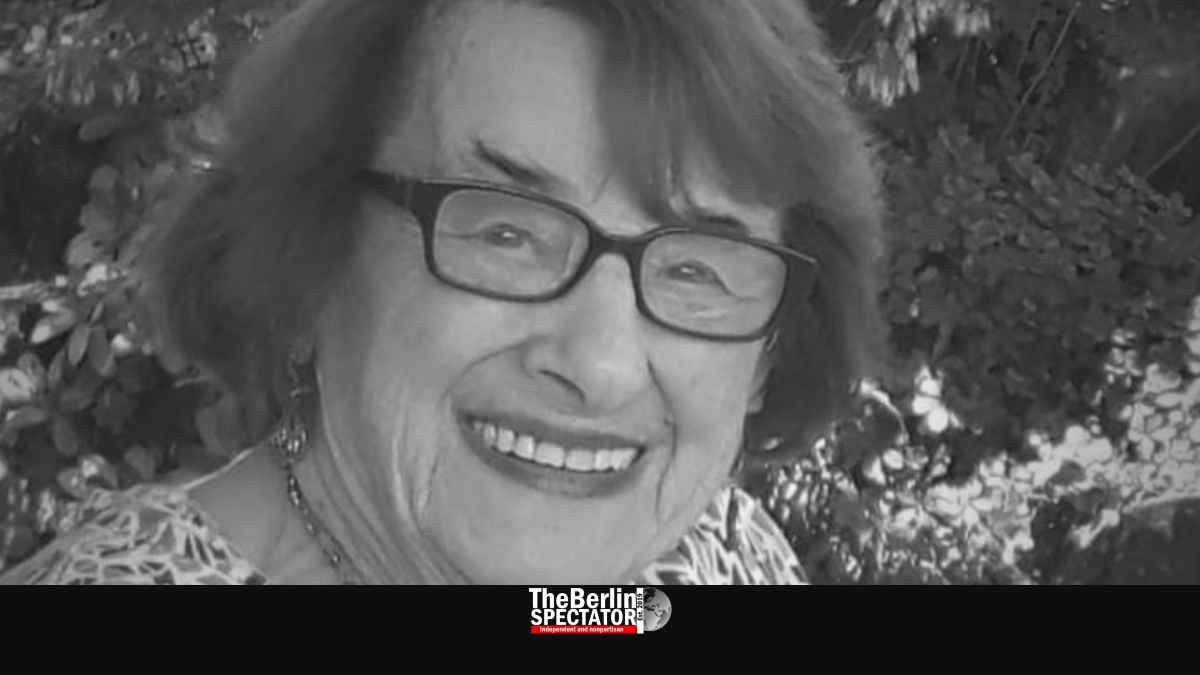 Hanni Lévy, was one of the last of up to 2000 Jews who survived World War II in Berlin, right in the capital of Nazi Germany. As a teenager, she hid for years. Hanni Lévy died today in Paris, at age 95.

Three weeks ago, Hanni Lévy came to Berlin. At Red City Hall, Governing Mayor Michael Müller awarded her the Order of Merit of Berlin. Today, when the news of her death reached the city, Müller said he was saddened even more, because of that recent memory.

On March 16th, 1924, nine year before the Nazis came to power, Hanni Weissenberg was born in Berlin. The way her father Felix Weissenberg, a photographer, saw it, the family was German. He was convinced religion was something private. But that obviously changed in the late 1930s.

The Nazis made him a forced laborer on farms. He soon died of exhaustion. Hanni Weissenberg’s mother Alice passed away of heart disease in 1942. There was no medical help, especially not for Jews. Her grandmother was deported to the Theresienstadt concentration camp, where she was murdered. Hanni was a teenager and no direct relatives were left, at least none she knew of.

When she was 17, she became a forced laborer in a factory which made parachutes for the German Wehrmacht. For a while, she lived with Jewish friends of the family until they were deported. Due to a coincidence, the Nazis did not find her. Hanni Weissenberg hid in Berlin’s anonymity by walking the streets. But she did need a place to stay and hide and found another family.

Righteous Among the Nations

In 1943, she made a new friend by the name of Viktoria Kolzer. She and her husband Jean hid her in their apartment at ‘Nollendorfstrasse’ 28 until fascism was defeated and the war was over in 1945. Hanni Weissenberg had achieved a miracle by surviving as a Jew in Berlin. In 1946, she found out her uncle was alive and living in France. He took her to Paris where she met her future husband. They had two children and five grandchildren.

Decades later, a film was made about her life. Her non-Jewish saviors from Berlin, Viktoria and Jean Kolzer, became part of Yad Vashem’s ‘Righteous Among the Nations‘. This was something Hanni Lévy had worked on. A total of 627 non-Jewish Germans who helped their Jewish compatriots are on the ‘Righteous’ list. Yad Vashem is Israel’s official memorial for the victims of the Holocaust.

Over the years, Hanni Lévy stayed in touch with Germany. She held speeches at schools and The German Resistance Memorial Center in Berlin. Two years ago, she was interviewed by Markus Lanz. In his popular show on German TV, she told her story, seventy-five years after the Holocaust.

The Berliner Hanni Lévy had been forced to fight hard for survival during the persecution under the Nazis, Governing Mayor Müller said today. To her, it had been an important desire to stress that not all Germans had been murderers.

The fact that Hanni Lévy had died made clear how important the legacy of contemporary witnesses was. Soon they would not be able to tell the world how they had been persecuted by the Nazis and how they had survived. “All the more we are obliged, in the spirit of Hanni Lévy, never to forget what was inflicted on her and her relatives, the Jews of our city and of Europe”, Müller stressed. Their legacy was “that we are defending freedom, the rule of law and democracy every day.”