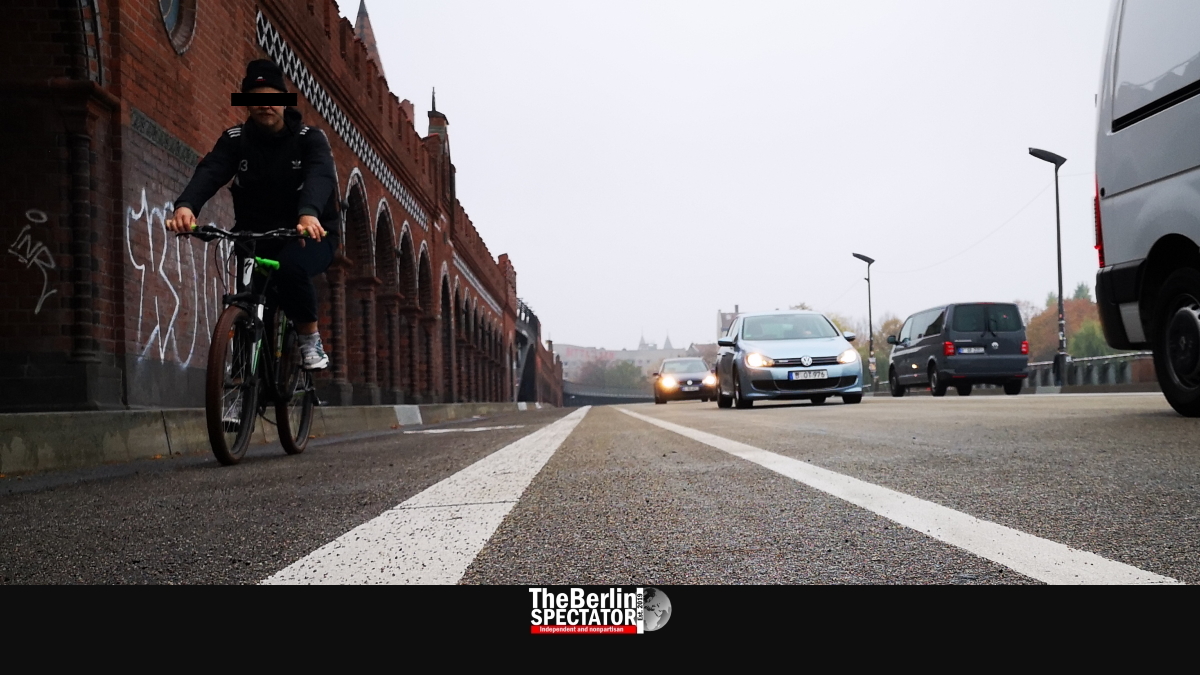 Berlin has 2,100 bridges crossing the ‘Spree’ river, several channels, roads and train tracks. This means that the German capital actually has five times more bridges than Venice. An argument is going on about one of the nicest Berlin bridges, the ‘Oberbaumbrücke’.

When it comes to ‘Oberbaumbrücke’, the one thing everybody seems to be agreeing on is the fact that it is one of the most important bridges in Berlin, crossing the Spree river. More than 60,000 cars cross it every single day, plus countless bicyclists, pedestrians and ‘U-Bahn’ trains.

The ‘Oberbaumbrücke’ connects former East Berlin to former West Berlin, it connects Kreuzberg and Friedrichshain, two former Berlin districts which are one today. But it has even more functions: As a tourist magnet, it is one of the most photographed objects in Berlin. Also the bridge serves as a place to sleep at for homeless people who rest under its arches.

In the past few weeks, ‘Oberbaumbrücke’ was a rather big mess, because its main surface was refurbished. Cars and trucks used to have two lanes in each direction, now they have one. Bicyclists got sort of wide lanes in both directions. Also there is a safety gap between the car and bicycle lanes.

During the construction period, the bridge was a chaos. Pedestrians and bicyclists fought for the little space they had, especially on the western side. Under the bridge’s arches, on the eastern side, it was easy to fall over boxes, sleeping bags and trash, or to crash into tourists who were busy with their selfies.

Now that the construction is almost over, things could be great. But an argument erupted about the outcome. Critics from the Changing Cities association are saying the car lanes were too wide and Berlin’s mobility law had not been adhered to.

Usually it is good to have lots of room. But what the critics are saying is that the wide car lanes and the safety gap invite drivers to overtake and move next to each other, in spite of the fact that there is only one lane for cars in each direction. In other words: The bicyclists are supposedly in danger because there is too much room.

In May, when the construction mess commenced, Changing Cities protested for equal rights for bicyclist, because originally they were supposed to get off their bikes and push them during the refurbishment phase, while drivers did not have to get out of their vehicles to push them. Welcome to Berlin.

But the critics actually had a point. The Berlin Senate is generally working on giving bicyclists and pedestrians more room, more safety and a higher priority. So, why should they have to face disadvantages during construction on the most important bridge of them all? It remains to be seen how the latest issue will be resolved.

‘Oberbaumbrücke’ was constructed from 1895 to 1897. At first, a bridge for trains only was supposed to be built at that site, while a wooden bridge for pedestrians was going to be erected nearby. Shortly before ‘Oberbaumbrücke’ as we know it today was built, they decided to go for an all-in-one project for trains, pedestrians, horses with and without carriages and the first cars ever built.

In April of 1945, the Allies blew up part of the bridge. In 1955, the GDR blocked it for cars. Pedestrians still used it until 1961, when the Berlin Wall was built. After Germany’s reunification, in 1992, the ‘Oberbaumbrücke’ was refurbished.