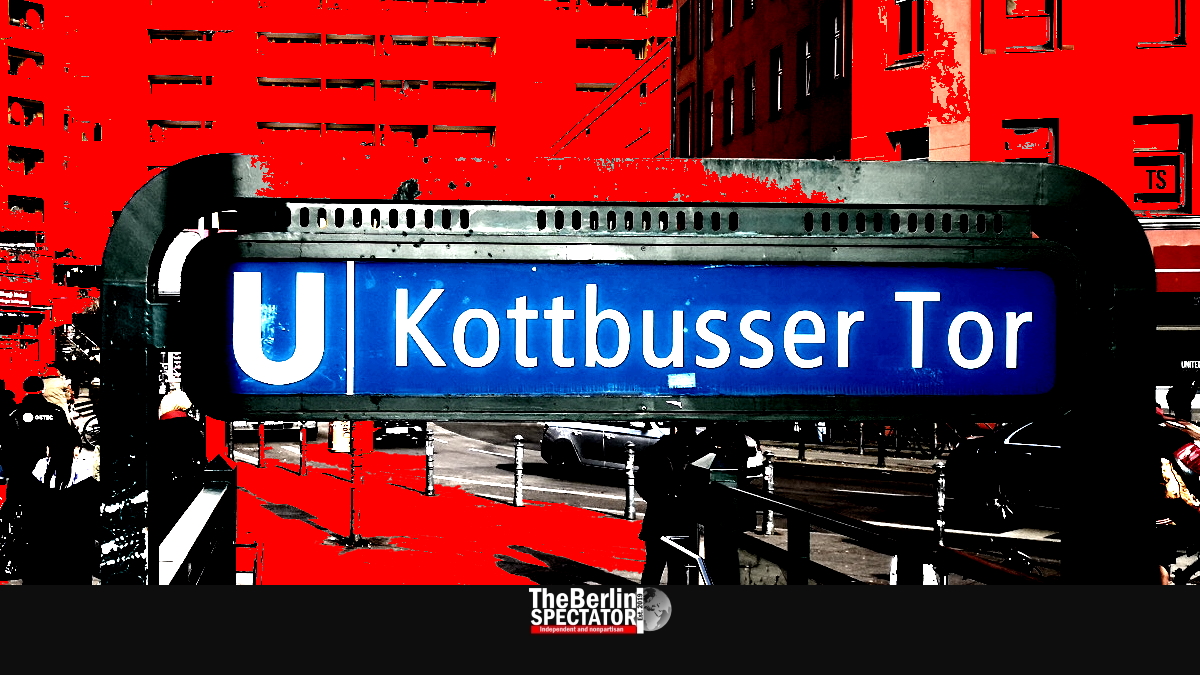 Update November 2nd 6:40 p.m.: In Berlin, a man was killed at the ‘U-Bahn’ train station ‘Kottbusser Tor’ on Tuesday night. Berlin’s police department is treating the deadly incident as a manslaughter case. A suspect was arrested on Friday, but released again on Saturday.

Police are investigating a possible manslaughter case in Berlin’s ‘Kreuzberg’ district after a 30-year-old man was run over by an ‘U-Bahn’ (subway, underground, metro) train and died at ‘Kottbusser Tor’ station. It looks like a group of men got into an argument with the victim and his friend, who is a wheelchair user.

The fourth homicide department at Berlin’s State Office of Criminal Investigations has taken over the investigation. German-language media reported, the autopsy had shown that the victim had died due to the injuries inflicted to him by the train. He was crushed between the train and the platform.

After the incident, medics and an emergency doctor arrived at the scene quickly. They tried to revive the man without success. The train driver had to be looked after by a chaplain. On Wednesday morning, police officers interviewed witnesses and watched surveillance tapes.

Later, the police department said the suspect had fled the scene. On Friday, they caught and arrested a suspect in Eberswalde, a town in neighboring Brandenburg. But on Saturday, the individual was released. As it turned out, the evidence was inconclusive.

Homeless and Drunkards at ‘Kottbusser Tor’

‘Kottbusser Tor’ station is known for many homeless people who live there. Every day, many of them are seen on the underground platform for ‘U-Bahn’ line 8. Many of these homeless individuals seem to be alcoholics or drug users. They get into discussions and arguments all the time.

At a supermarket at the square outside the station, countless people keep on purchasing small liquor and beer bottles. In summer they often consume their beverages outside, under a bridge where some of the homeless also spend the nights in sleeping bags. During the cold months, they tend to drink in the station.

Some German-language newspapers reported, the victim had tried to defend the wheelchair user before he had been pushed onto the train tracks. He is known for having been part of the ‘drug scene’.

The deadly incident in Berlin reminded many Germans of a terrible murder at Frankfurt’s central station. In July, a man pushed a woman and her young son onto the tracks in front of a train. While the mother was saved, her son died. The culprit was arrested shortly after.