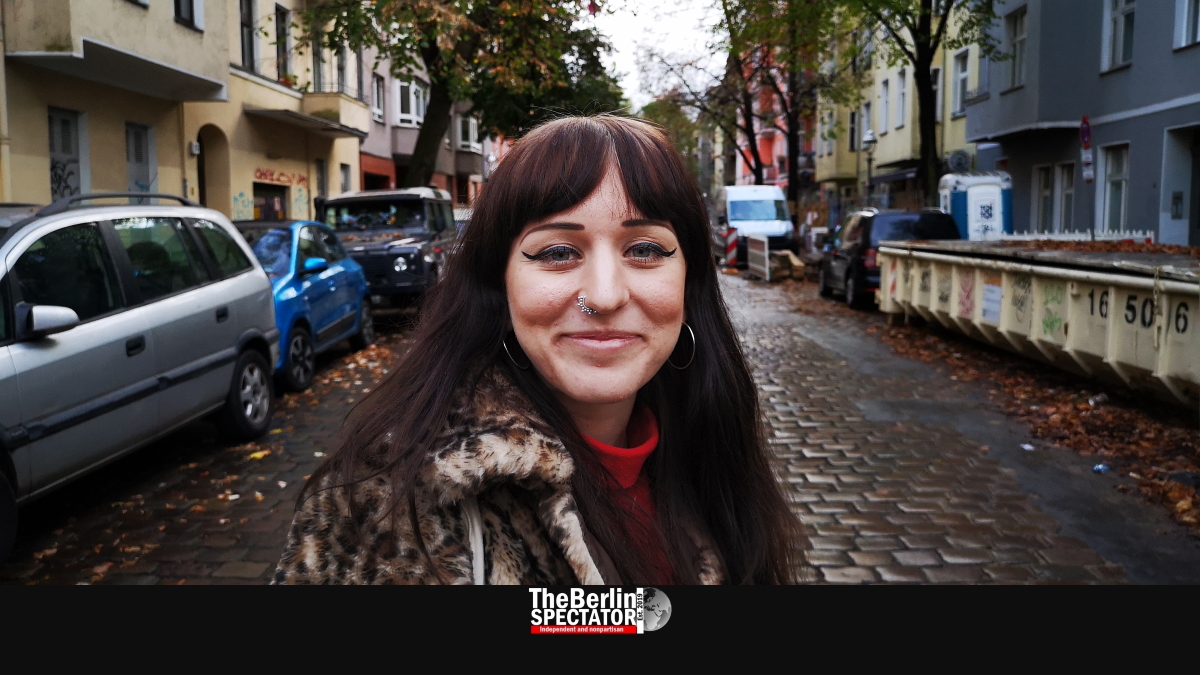 Reimagined abandoned spaces, third wave coffee shops, expressive street art covering walls which once divided and now unite: This paints a picture of Berlin’s essence. As a creative soul with a drive to explore art and culture, I’ve inevitably ended up in these lands.

Having previously lived in London, San Francisco and Orange County (California), as well as having traveled through 20 countries, I feel at home in Berlin in ways I never have before in any other city.

The pace of life in Berlin, compared with many larger cities, is much slower. I’m finding that I have much more free time than when I lived in London. I ultimately feel a sense of connection and community. Making friends in Berlin has felt natural. I find myself meeting interesting people everywhere I go.

In the warmer months, you’ll find friends spontaneously hanging out in parks and along the river, enjoying each other’s company and living presently in the moment. It has been refreshing for me, having come from the bustle of London where it feels that every hang out requires scheduling in advance.

If at all a modern Renaissance exists today, surely it is in Berlin. The Berlin Wall having only come down thirty years ago, the history of the city serves as a reminder for unity of all people. A beautiful collage of unique individuals from all around the world, the city accepts all perspectives, styles, and forms of creative expression. This makes the city a hub of inspiration for creatives.

Opting out of the 9-5 feels like an aspirational way of life. A large community of freelancers often work from co-working spaces and cafés throughout the city. Networking comes naturally in Berlin, given the vast range of events and Facebook groups where any creative has the opportunity to find their unique niche. I had the opportunity to sell vintage at a creative market pop-up event at the co-working space, Betahaus. These kinds of spaces are scattered throughout the city, acting as hubs for focus, routine, and collaboration.

I began to understand more about this culture after attending a Meetup event called Freelance Friday Coffee and Co-working Day. The group meets up monthly to explore and trial coworking spaces in the city for free. It gives freelancers a chance to connect, collaborate, and step out of their normal routine.

Berlin’s “Silicon Allee” is often compared to San Francisco’s “Silicon Valley.” These areas both reference areas of tech and innovation in the two cities. Having lived in San Francisco for a few years, it’s quite clear that SF’s borders have recently become blurred by the tech takeover. Tech companies such as Google and Uber have attracted many to the city. Anyone living in San Francisco will tell you tech is drastically wiping out much of the city’s original character.

In contrast, I find a sense of tranquility in Berlin, possessing a freedom from the commercialization that San Francisco has been painted with by tech in recent years. While conversation about the Berlin’s drastic changes are not uncommon, it feels that Berlin has a way of continuing to hold space for those who live here.

For the creative richness the city offers, the cost of living is not too high. In recent years, rent costs have gone up, though it still feels that the city’s costs allows creatives some time to breathe and dream. It’s about more than money here. It seems that success is about happiness and life balance in Berlin rather than your job title and income.

A wide range of sustainable labels and vintage fashion brands have found their place here. Berliners respect and value the existing. From secondhand markets to clothing swaps, there is never a need for spending whole paychecks on keeping up with the latest trends.

One of the many reasons I moved to the city was for the vast vintage fashion landscape. The first time I ever stepped into a Pick N’ Weight a few years ago, I instantly felt a connection to the city. Pick N’ Weight is a carefully curated vintage shop with a few locations in Berlin. Stepping in this shop, it’s a step back in time. It’s a dream for me, as my heart races at the sight of beautiful vintage garments.

Diverse style in the city might be linked to the vibrant music scene. Every venue has unique characteristics. A former 1920’s underground bank vault has been transformed into a club, known today as Tresor. Even the city’s planetarium is often used as a venue. Music has found its way of seeping into every crack of unused space.

Berlin is home to a large busking street music scene. Mauerpark is especially respectful of musicians, being a space where no permit is required for playing amplified music. On a busy day, you’ll most likely stumble upon a gig with a decent sized crowd.

Alice Phoebe Lou, an artist who found her music career on the streets of Berlin now plays sold out shows globally, though she still finds time to connect with her fans on the streets. Whether it’s in front of the U-Bahn station or under a large tree in Treptower Park, she brings together a community of music enthusiasts.

One of my favorite things about the city is exploring the coffee shops. They inspire work and keep freelancers motivated. I often find myself in Westberlin, a coffee shop and magazine bar where you can browse the latest issues of independent publications. Some other nice spots for working are The Visit, Hallesches Haus, and Bonanza Coffee Roasters.

For expats, settling in Berlin is easier than many other places in the world. As a non-EU citizen, If you are willing to roll with the punches of German bureaucracy as I did, there is a German Freelance Visa which grants expats the right to reside in Germany. Once the process is conquered, it’s smooth sailing along an ocean of creative opportunity.

If you’re a creative considering making a move to Berlin, you will thrive here. Keep an open mind and look for opportunities everywhere, because they will present themselves to you in the most unexpected ways.

‘WTF Berlin’: Jacinta Nandi Explains all the Weirdness We Run Into in the…