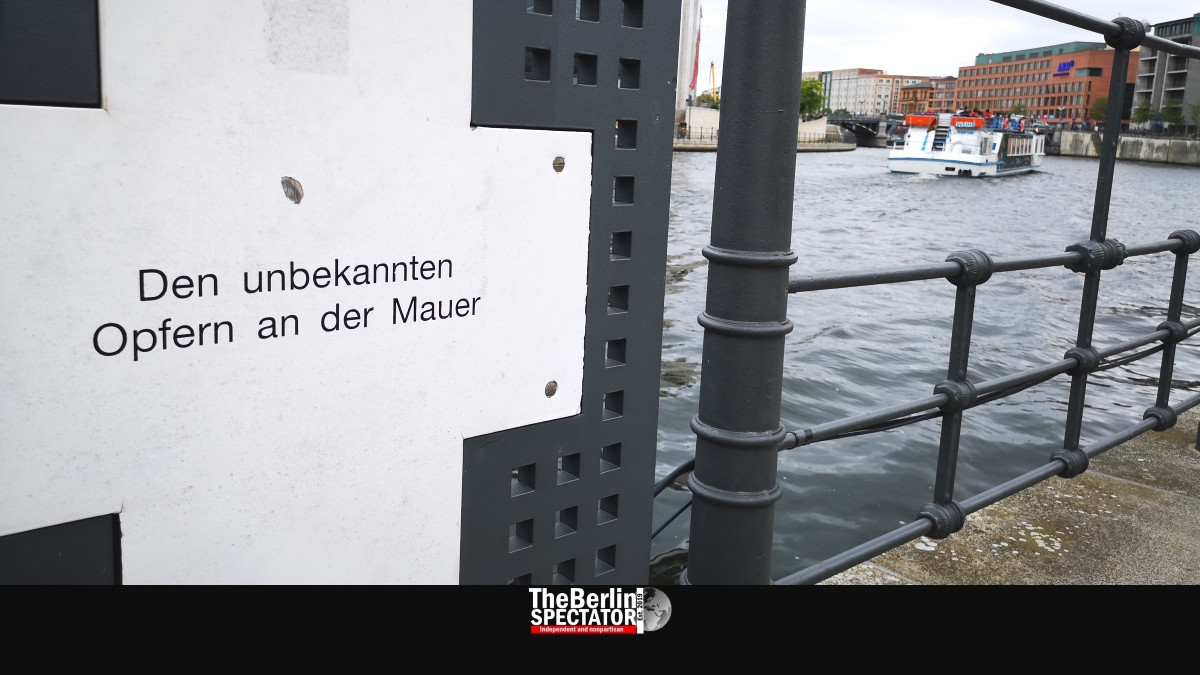 Tens of thousands of citizens of the so-called German Democratic Republic (GDR) tried to flee to West Germany between 1961 and 1989. Many were shot and killed by the GDR’s border guards.

The exact number of Wall victims is unclear. Depending on the source there were anywhere between 101 and more than 600 of them. Most were shot at the Berlin Wall or the inner-German border. Some committed suicide once they were caught.

In addition, some Eastern German refugees were murdered while trying to escape the Eastern Bloc through other countries, including Bulgaria, where the infamous GDR State Security cooperated with the Sofia regime’s brutal ‘Darzhavna Sigurnost‘. (Read separate article ‘Shot to Death While Trying to Escape’).

Many flight attempts worked out. GDR nationals climbed into the trunks of cars, they used inflatable boats and even balloons. Others paid professionals from Western Germany who got them out in private aircraft. GDR soldiers, who were supposed to guard the Wall or the inner German border, ran across the inner-German border, in attempts to flee themselves.

Other refugees tried to swim across the Spree river. Some of them were shot and killed in the water. Death on site was the verdict for many of those who wanted freedom instead of oppression.

These are three of the many Berlin Wall victims:

Michael Bittner: On November 24th, 1986, only three years before the fall of the Berlin Wall, the 25-year-old decided to flee. He climbed the first border fence in Glienicke, using a wooden ladder. GDR border guards located, shot and killed him. Before it happened, Bittner had been harassed as an army soldier. His official departure applications were denied. After the murder, the regime in East Berlin kept on denying anything happened.

Marienetta Jirkowsky: With two male friends, the 18-year-old woman traveled from Brandenburg province to East Berlin on November 21st, 1980. The part of the Wall they had wanted to climb looked too dangerous, so they decided to try overcoming it Hohen Neuendorf early the next morning. Because Marienetta was not tall enough to reach the top of the Wall from the self-made ladder they used, one of her friends tried to pull her up. While he did, border guards opened fire and injured her badly. A few hours later she died at a hospital.

Werner Gambke: Officially, he took a vacation in the Bulgarian Rhodope mountains in June of 1965. His actual intention was to flee the Soviet Bloc via the Bulgarian-Greek border. One night, the 28-year-old left the village he was staying at and headed south. But he was observed and reported by Bulgarian inhabitants. The next morning, he was shot and killed right at a tall fence he thought was the border. It actually marked the “forbidden zone”, several miles away from Greece.

The murders at the Berlin Wall and the border had legal implications. While Germany was still separated into the communist ‘German Democratic Republic’ and the Federal Republic of Germany, there was not much the prosecution could do. In the town of Salzgitter, a ‘central office’ pressed “charges against unknown persons”.

It was different after the fall of the Wall, in reunited Germany. The state sued two former ‘Chairmen of the State Council of the GDR’, Erich Honecker and Egon Krenz, who is 82 years old today. Krenz got six and a half years for manslaughter, electoral fraud and other crimes, of which he served four. Honecker was allowed to join his wife in Chile, because he was dying. Other former GDR officials were charged as well.

Many more stories about Wall victims, in both German and English, can be found on the ‘Chronik der Mauer’ website.