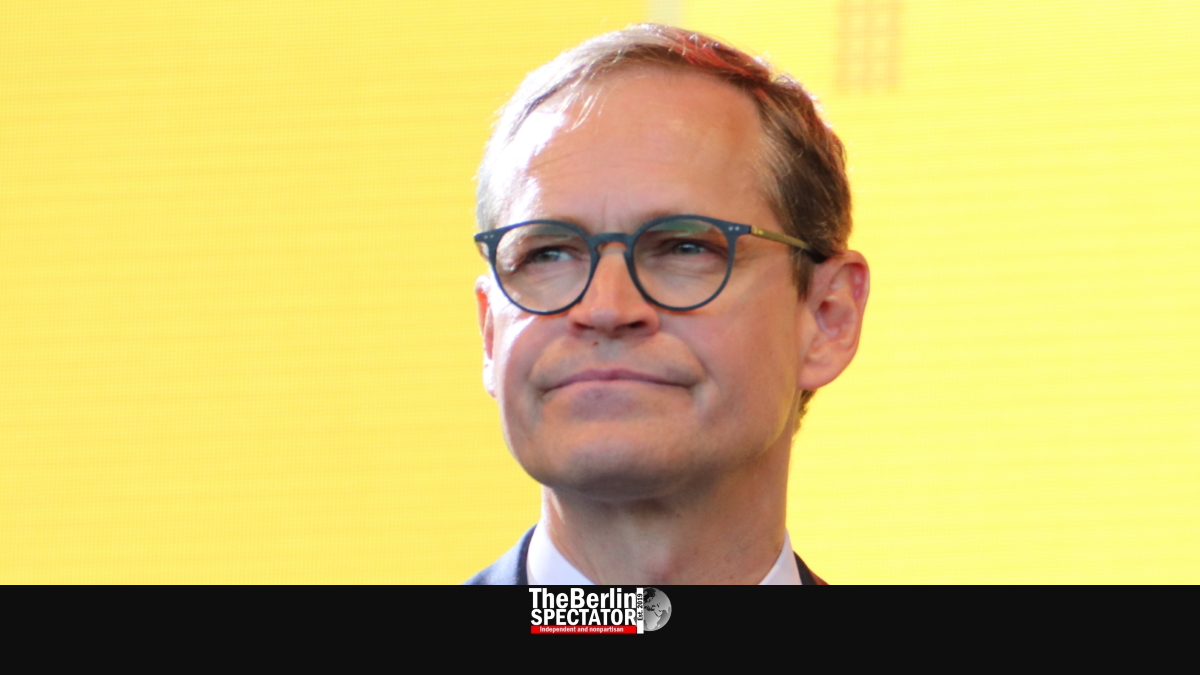 Berlin’s Governing Mayor Michael Müller is taking part in numerous events during the anniversary of the fall of the Berlin Wall. He said he would never forget the day the Wall had come down.

“Our city, the Berliners and our guests from all over the world are marking this historic day as a day of joy, grief and commemoration”, Müller stated. He said he would never forget those moments at Brandenburg Gate on November 9th, 1989, “how we celebrated and watched the wallpeckers. Our joy that day was palpable.”

The Governing Mayor said that, like in the years after those events, “we also express our grief” because there had been people who had lost their lives at the Berlin Wall and who had not had the opportunity to live their lives the way they had wanted to.

“We remember, on our own, but also in our families, in the urban community and as those celebrating, what we experienced 30 years ago, what we felt, what our wishes were, our hopes, our fears and our worries”, Müller said two days ahead of the big day. “Thirty years is the duration of a generation, and a period which prompts us to take stock.”

“We have to be aware of the fact that a generation has joined us since, the members of which know about the events from thirty years ago, and about living with the Wall, from hearing about them from others”, Müller stated. “It is our task to pass on contemporary testimony.”

Governing Mayor Müller stressed it was important to raise awareness for the fact that freedom, democracy and the nation of law could not be taken for granted. Civil rights activists in the GDR had taken high personal risks when they had fought for free elections, freedom of speech and the freedom to travel, and when they had fought a dictatorship.

He was convinced that the art installations at Brandenburg Gate would send spectacular and memorable pictures from the ‘city of freedom’ to people all over the world. Müller said they would show the German capital “as a likable, liberal, open and tolerant metropolis of a unified country.”

On November 9th, Michael Müller will hold a speech at Brandenburg Gate during a big ceremony. On Friday, he will speak to the members of Berlin’s House of Representatives. Today, he met former U.S. Secretary of State Madeleine Albright and former World Bank President Robert B. Zoellick who came to Berlin for the Transatlantic Forum.

There is more to commemorate. On November 9th, 1938, a Nazi mob murdered more than 90 Jews in Germany, burned down synagogues and destroyed businesses owned by Jews, while the German authorities looked the other way during the Night of Broken Glass. Müller will speak at the Jewish Community of Berlin’s commemoration event on Friday.