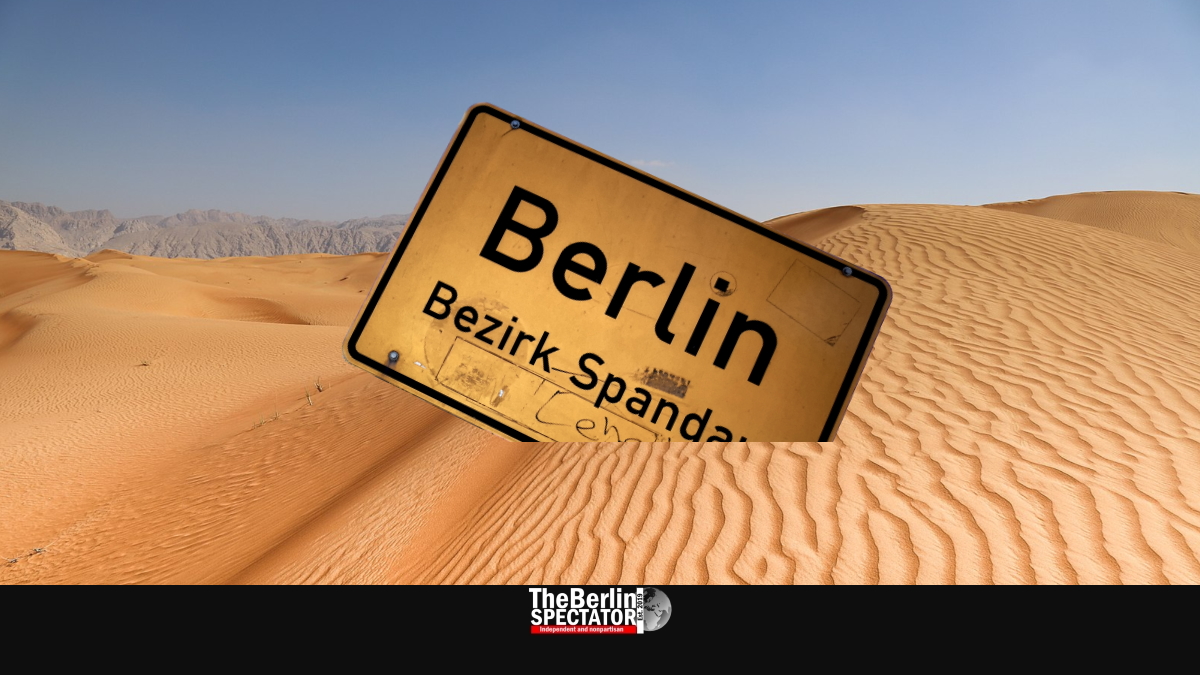 On a hot day in the year 4022, some people with little shovels, buckets and tooth brushes might dig into the desert which will cover the area known as Berlin today. This is what they will find.

Archaeologists will be stunned when they dig up the chewing gum I stuck to table at a pizza parlor the other day, because there was no trash can or ashtray. In their report they will write that, 2000 years ago, the Berliners had “loved chewing all day long. When they were done eating, they chewed on so-called gums made for that purpose. And then they stuck those items to pizza parlor tables.”

Those people digging in the sand will definitely unearth quite a few unfinished construction sites. Unfortunately, the corresponding part of their report will not exactly sound flattering: “Berliners started millions of construction projects without ever finalizing them. In 2017, they started refurbishing ‘Karl Marx Strasse’ and never finished the damned thing until 3092.”

More Columns (This one continues below.)

“In 2006, they wanted to build a new airport”, the report will read. “Once it was completed 1114 years later, in the year 3120, aircraft did not exist anymore. So they used it as a fast food restaurant.” Our descendants will wonder what in the hell was wrong with us. And they will have a point.

The archaeological endeavor in 4020 will bring to light so many interesting items, they will probably open a Berlin Museum. A petrified ‘currywurst’ which was bitten into 2000 years earlier could be one of the highlights. “In the Berlin of the year 2020, residents mainly ate ‘currywurst'”, a plate at the museum will say. “Historians have not been able to figure out how they managed to choke down that kind of food.”

They might also dig up a digital sign splattered with bird scat on which it says “Because of a malfunction in the operating procedure, the train to Hamburg will be delayed by 40 minutes. We apologize.” Well, the archaeologists will be able to draw more conclusions here: “In 2020, the Berliners were a very polite bunch of people. Nothing really worked properly in their city, but at least they apologized.”

Our descendants will definitely admire us for the 7 million doner kebab places, two per inhabitant, and the countless department stores nobody visited. “Two thousand years ago, Berlin was a city of abundance.”