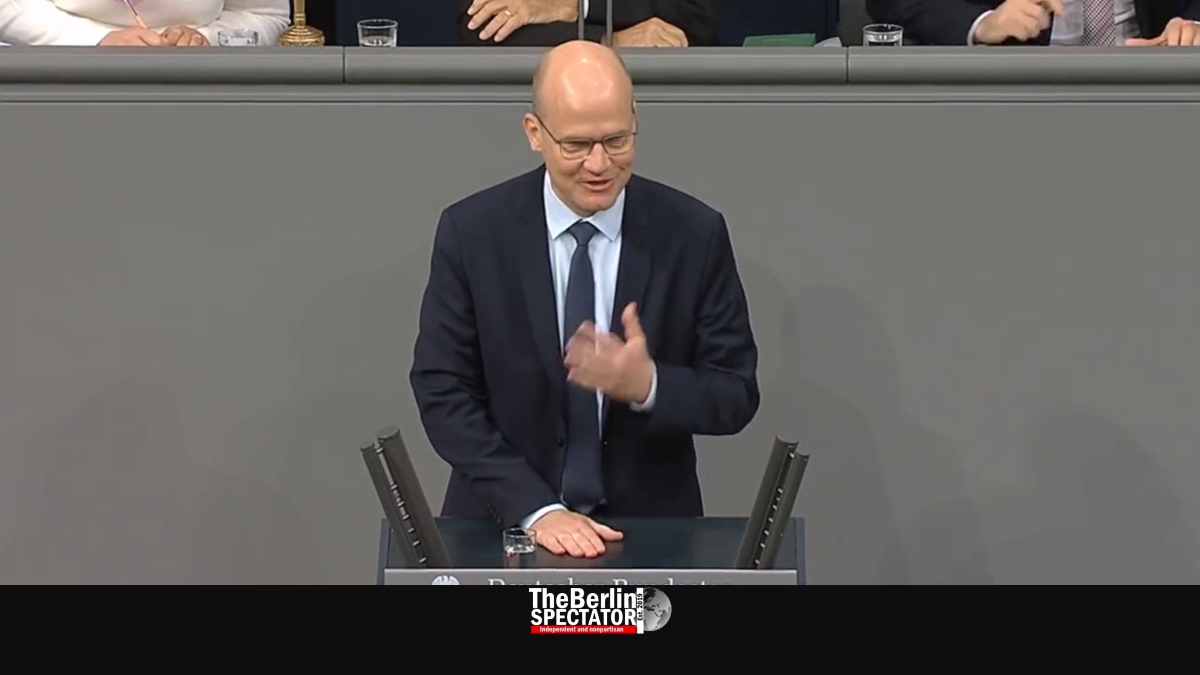 The Berlin Bundestag discussed the fall of the Berlin Wall today, which happened three decades ago tomorrow. Representatives of all parties shared views and memories.

During a discussion on the fall of the Berlin Wall at the German Bundestag, one day ahead of the actual 30th anniversary on November 9th, MPs of numerous parties thanked those who were part of the peaceful revolution which lead to the events of 1989. And they commemorated those who were murdered at the Berlin Wall and the inner-German border only because they wanted to live in Freedom.

For Chancellor Angela Merkel’s conservative party CDU, its Bundestag floor leader Ralph Brinkhaus said between the East German Uprising of 1953 and the peaceful revolution there had been many GDR citizens who had risked everything for freedom. The nation should bow to them in gratitude, Brinkhaus said. “Today, we should also think of those who did not live to experience the fall of the Wall because they were shot by spring guns at the Wall and the inner-German border”, Brinkhaus told the Bundestag.

“But, I cannot talk about November 9th, 1989, without talking about November 9th, 1938”, Brinkhaus said, referring to the so-called Night of Broken Glass. “This day is also a symbol for the millionfold murder of Jews committed by Germans.” Brinkhaus stated, especially today it was important to say so, because Jewish life in Germany was attacked again.

For the Social Democrats (SPD), Katrin Budde, who was born and raised in the GDR, said the people on the streets had wanted a democratization without the ‘Socialist Unity Party’, without the GDR’s last dictator Egon Krenz, and without the infamous State Security. “We did not want the bread crumbs the leadership wanted to give us”, she said.

Katrin Budde compared the relations between Germans from East and West with that of a young couple madly in love, two people “who can not stand to be apart and want to be united all the time, until they become older and notice that, all of a sudden, they need to work on their relationship.” This was a very fitting metaphor, Budde stated.

For the liberal FDP, Linda Teuteberg, her party’s chief secretary, said November 9th was a day of joy, but also of grief for all people whose opportunities in life had been taken away when they had been locked up or killed.

Katrin Göring-Eckart, who is a Green MP, said thanks to those who had protested on the streets, but also civil rights activists from the GDR who had risked a lot, eastern Germans had gotten freedom. “The freedom to be free, without fear or total control of the state over people’s lives” had turned into the feeling that anything was possible and doable.