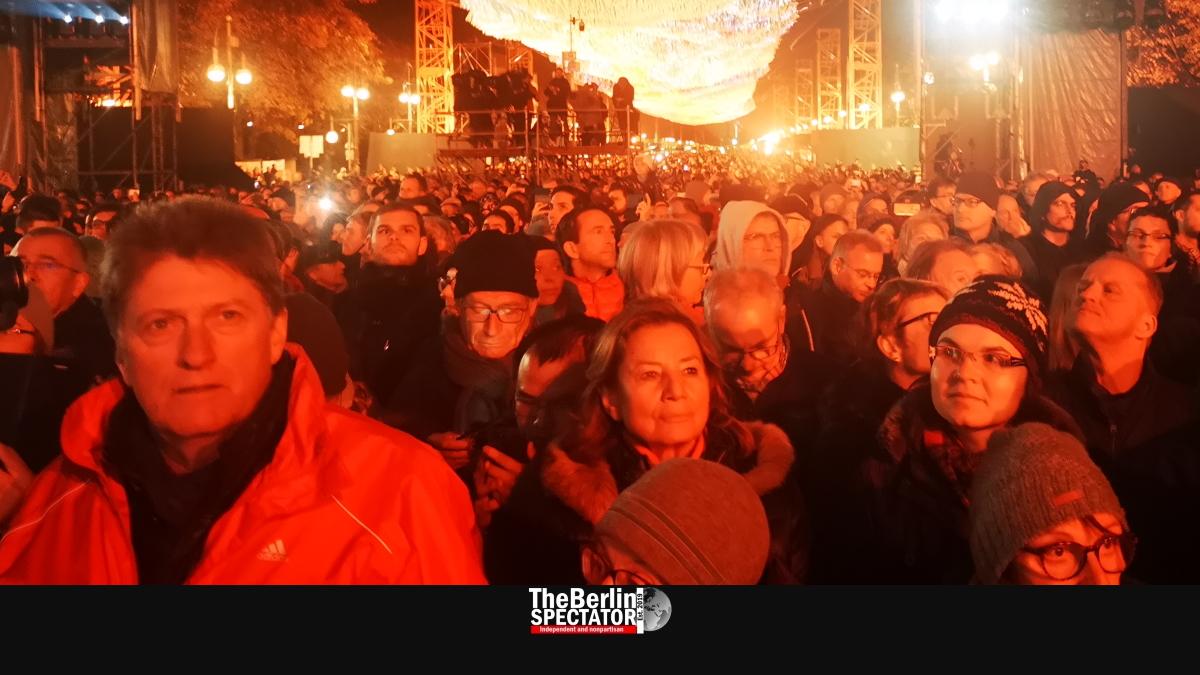 More than one million visitors from Germany and abroad came to Berlin in order to experience at least part of the 30th fall of the Berlin Wall anniversary festivities. The organizers are satisfied.

Berlin does attract many tourists in regular times. In 2018, as many as 13.5 million of them visited the German capital, an average of almost 37,000 per day or 260,000 per week. During the week-long 30th fall of the Wall anniversary, about four times as many tourists appeared in Berlin.

According to ‘Kulturprojekte Berlin’, a company which was commissioned by Berlin’s Senator of Culture to organize the festivities, more than one million visitors came from November 4th, 2019, until today, in order to be part of the anniversary, to remember, to celebrate, to discuss recent history and to experience cultural events.

“We organised over one hundred events and were able to set a positive and constructive tone throughout”, the CEO of ‘Kulturprojekte’, Moritz van Dülmen, said. “We were also able to display amazing images at the original sites, thus showcasing the history of the peaceful revolution and presenting many stories of those courageous people back in 1989 to a wide and diverse public, especially to younger audiences.”

In spite of a rather rainy week and low temperatures, numerous Berliners and visitors populated all seven sites included in the festivities. The watched video projections on buildings, street theater, speeches and concerts. This applied to the last evening on Saturday as well, when the main anniversary event took place at Brandenburg Gate.

Fences Instead of a Wall

Some criticism was voiced regarding yesterday’s celebration. The authorities had limited the number of people who were allowed to join the party at the Gate to 100,000. As a result, many were tuned back. This aspect did not look too well, especially at festivities which were supposed to celebrate a united city. Instead of being kept out by a wall, many of those who tried to get to the party after 7:00 p.m. were blocked by large fences.

Another point of criticism was a message in Hebrew, which was displayed on a huge balloon on stage during the performance of the artist Anna Loos. It said: “End the occupation.” The Berlin Spectator just asked the organizers who was responsible for displaying that message on the anniversary of the Night of Broken Glass, which coincides with the fall of the Wall anniversary. Any answer will be included here once and if it is being received.

Just like the peaceful revolution in the GDR, which lead to the fall of the Wall thirty years ago, the November Pogrom was mentioned in numerous speeches by President Frank-Walter Steinmeier, Governing Mayor Michael Müller and others. Its victims were commemorated.

The next big fall of the Wall anniversary, the 40th one, will take place in 2029.