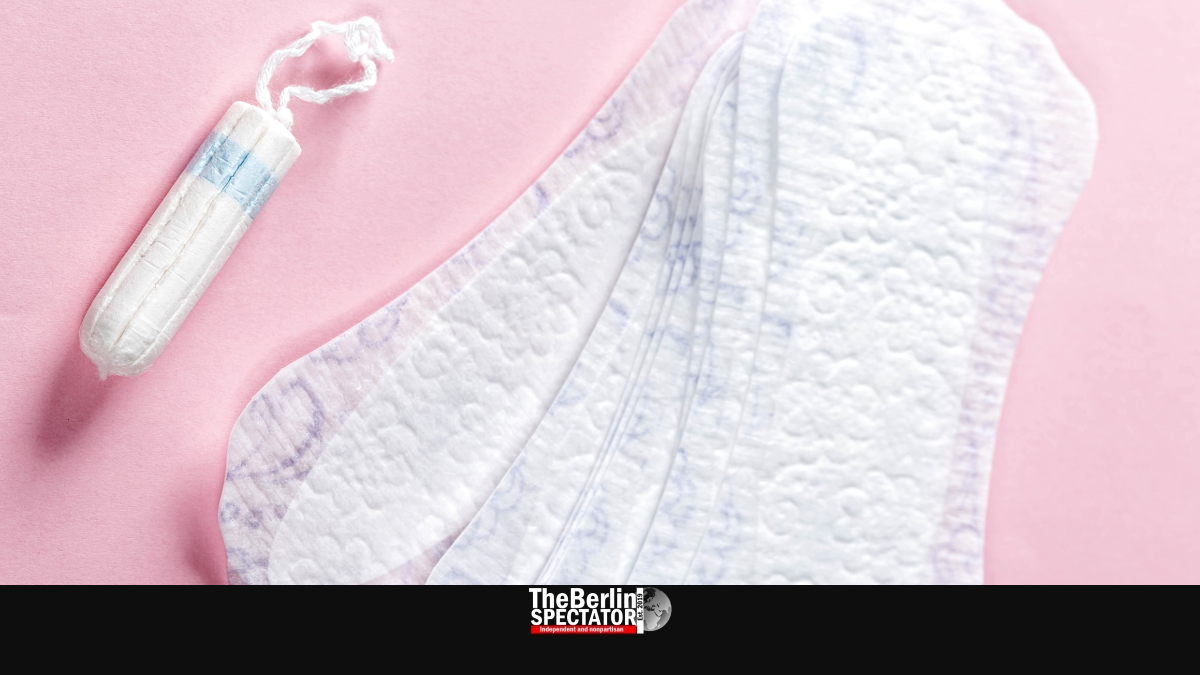 The Federal Republic of Germany will not charge luxury taxes on sanitary products anymore, including tampons, sanitary napkins and similar products. In 2020, the tampon tax will decrease by 12 percent.

For an average of 38 years of their lives, women have their periods once a month. During that time period (!!), they usually spend up to 20,000 Euro (22,038 Dollars or 17,251 Pounds) for tampons, other sanitary products and pain killers, according to a British study. On top of those costs, Germany is charging a luxury tax on them. Finally, that practice was thrown overboard.

From January 1st of 2020, the VAT every girl or woman pays when purchasing the products they need during their period will be 7 percent, or 12 percent less than right now. It took months to end the injustice of the tampon tax.

In May, two ladies from Hamburg had started an online petition on the matter. They got the support of Cornelia Möhring, an MP from ‘The Left’. Finally, the subject was forced onto the Berlin Bundestag’s agenda. The German-language ‘Neon’ magazine also took action by starting a petition. On a big day on which the parliament discussed the fall of the Berlin Wall thirty years ago, namely on Friday, the tampon tax was scrapped.

According to the German Ministry of Finance, items for everyday use, such as bread or milk, have a VAT rate of 7 percent, while 19 percent are being charged for luxury items, including caviar or collectors’ coins. And tampons, at least so far. Only men could have taken a decision of this kind.

Soon, what many call fiscal discrimination against women will end. But before it does, every girl and woman between 13 and 50 will have their period at least once more.

The luxury tax on tampons they have to pay for another few week affects poor women more than wealthy ones, of course. The amount female social welfare recipients receive for sanitary products is still not nearly sufficient, some women believe. One thing is certain: Tampons will still cost a lot, even after the changes. Period.