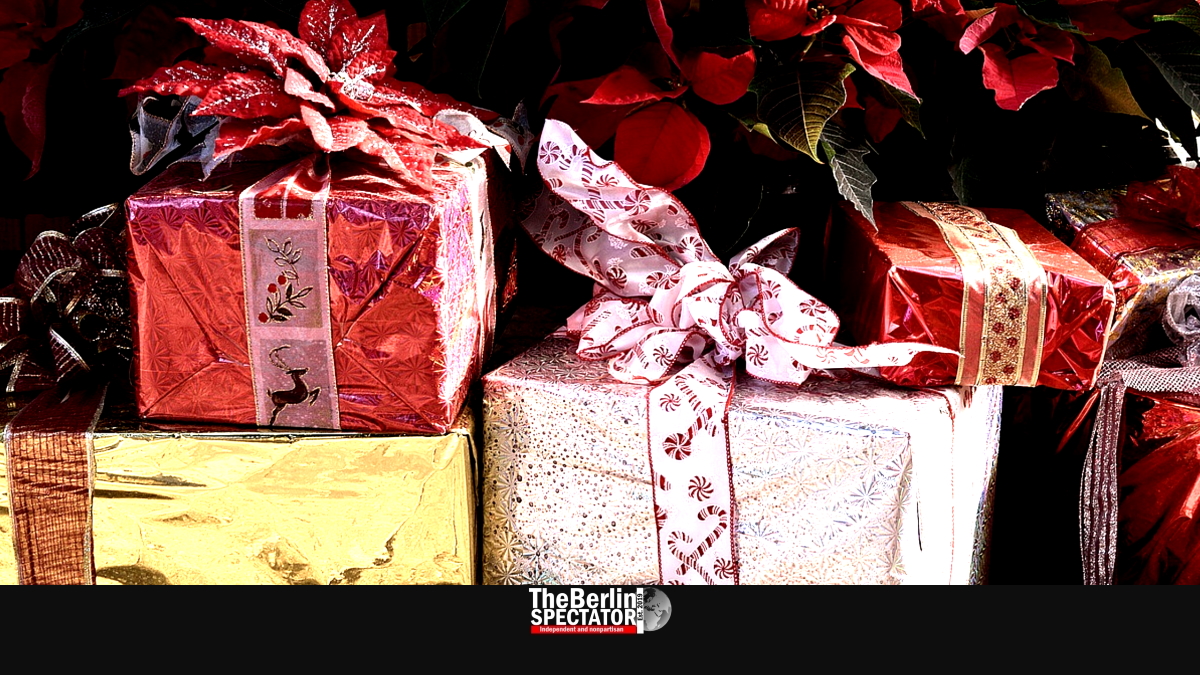 In spite of an ailing economy, Germans continue to be generous, at least when it comes to Christmas presents. Vouchers and money are the most popular gifts.

In the United States, people usually wish acquaintances “happy holidays”, since they cannot be sure whether those people are Christians, Muslims, Jews, members of other religions or convinced atheists who would neither celebrate Christmas, nor Hanukkah or Kwanzaa. In Germany, on the other hand, most people wish each other a merry Christmas, no matter what.

‘Stollen’ from the Supermarket

Apart from good wishes, they distribute Christmas gifts like crazy. They do so within the family, among members of the extended family, at the office and at schools. Every year, parents discuss what kind of present they should give to their children’s class teachers. According to the tax laws, the value of presents given to teachers should not exceed 10 Euro (11 Dollars or 9 Pounds), which is just enough for a cheap scarf or a ‘Christmas Stollen’ cake from the supermarket around the corner.

According to a poll conducted by the British consulting firm Ernst & Young, Germans intend to spend 18.4 billion Euro (20.3 billion U.S. Dollars or 15.9 billion Pounds Sterling) for Christmas presents this year, or 281 Euro (267 Dollars or 242 Pounds) per person. This may be 1 Euro less than last year, but it is still a whole lot.

Regarding presents, creativity does not seem to be the Germans’ strength. More than half of all people polled in October intend to give vouchers or cash as gifts. That way the presentee can choose his or her own present at Amazon, the tech store chain Saturn, at H&M or any shop they want. Presents of this kind do not really seem very personal, but they are popular.

Many Germans also want to give away hats, ties and shirts. Those gifts are considered boring by many, but at least they are useful. Tickets for concerts and other events will be waiting for Germans under millions of Christmas trees too, but a bit less than last year, according to the poll. On the other hand, more and more residents intend to give their loved ones calorie bombs in the form of food and sweets.

The time is definitely ripe to invade shops while screaming like hell, to squeeze through the masses and shop until you drop. The worst places to be before the holidays might be toy stores, followed by clothing and food stores. In order to get a Christmas tree which still has a branch or two left it might be a good idea to become an early bird. Don’t forget to bring gloves for the transport. Happy holidays.