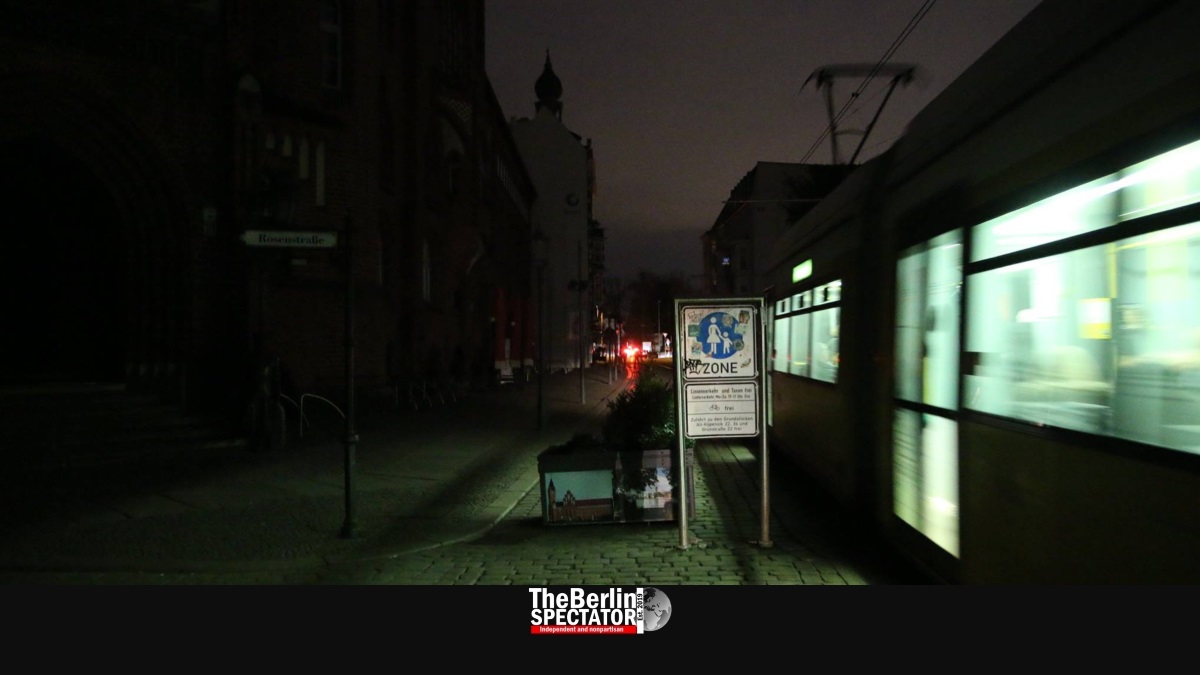 Germany has one of the most stable electricity grids. But not Berlin, where yet another electricity cut occurred today. The electric power situation in the capital is almost comparable to that of certain Balkan countries or banana republics.

It happened again. In Berlin’s ‘Dahlem’ and ‘Lichterfelde’ districts, an electricity failure caused issues for thousands of residents and many businesses today. The ‘Morgenpost’ daily reported it first, while the company in charge, Stromnetz Berlin, refrained from posting any messages or apologies on its website on Friday morning.

According to the German-language daily, the following streets were affected: ‘Fabeckstrasse’, ‘Faradayweg’, ‘Gelfertstraße’ and ‘Saargemünder Strasse’. It was unknown who or what caused the latest power cut or exactly how many people live or work in those areas.

It was not the first power outage in Berlin this week. On Wednesday morning, there had been one in Berlin’s posh borough ‘Charlottenburg’, where eleven streets and their vicinity were cut off from the grid. Here, thousands of Berliners and many businesses were affected.

By 2:30 p.m., the issue was fixed after ‘Stromnetz Berlin’ had announced it would have the damage repaired before noon. Even before the power was back on, there was yet another electricity outage in the ‘Frohnau’ district. In this case, five streets were affected.

Earlier this year, in January, construction workers caused a massive power outage in Berlin, by accidentally drilling into an important cable at Salvador Allende Bridge, which connected a central transformer station to the grid. As a result, 31,000 households and 2,000 businesses in the ‘Köpenick’, ‘Müggelheim’ and ‘Lichtenberg’ boroughs were without electricity.

It took two days to resolve the issue. As a result of this electricity outage, the electrical substation in ‘Köpenick’ had to be disconnected from the grid. Intensive care patients at a hospital needed to be evacuated. Back then, the grid operator ‘Stromnetz Berlin’ told residents they could apply for compensations.

Power failures are very frequent in Balkan countries such as Bulgaria, where they sometimes occur several times a day. Three decades after the fall of communism and 12 years after Bulgaria’s E.U. accession, the power grid is not the only aspect which does not work in that country.

In Germany, power cuts are rare. But, obviously, this does not apply to the country’s capital and largest city Berlin, with 3.7 million inhabitants and countless businesses.