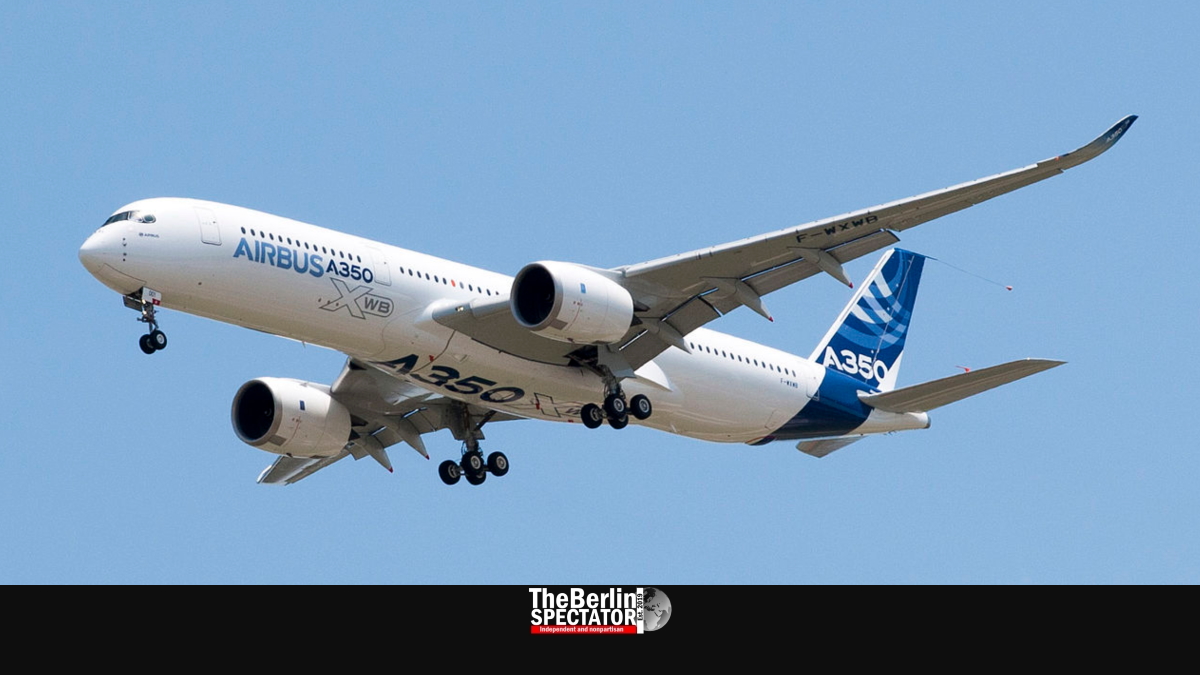 The European aircraft manufacturer Airbus has received yet another huge order. Emirates, an airline owned by the state of Dubai, just ordered as many as fifty Airbus A350 jets at an airshow.

At the Dubai Airshow, the CEO of Emirates, Sheikh Ahmed bin Saeed Al Maktoum, and his colleague at Airbus, Guillaume Faury, signed a purchase agreement for fifty modern wide-body A350 jets today. The order has a volume of 14.5 billion Euro (16 billion Dollars or 12.4 billion Pounds Sterling).

It is not the first giant order the European airplane maker has received from Emirates this year. In February, the Arab airline replaced several orders for four-engine A380s it retracted from, by ordering thirty A350s and forty A330neo aircraft. While the A350 orders are final, the two companies are still negotiating the A330 deal.

The A350 is Airbus’ latest wide-body jet and the first one made of carbon fibre reinforced polymer, a light material which decreases the kerosene consumption substantially. Its two engines are manufactured by Rolls-Royce. The A350’s direct competitor is Boeing’s 787, also known as the ‘Dreamliner’. Emirates might buy some ‘Dreamliners’ too, the company said.

For the 50 aircraft it ordered today and the 70 it ordered earlier, Emirates probably does not have to pay the full list prices because the company is purchasing so many of them. Airbus is most likely granting the airline big rebates.

Out of all airlines in the world, Emirates has the most four-engine A380s. Airbus announced an end to the A380’s production in February, when Emirates cancelled orders for this largest passenger plane of all time. Nowadays, two-engine jets such as the A350, the A330neo, the Boeing 777 and the Boeing 787 are the most popular long range aircraft.

While Boeing in the United States of America is in deep trouble because of the 737 Max disaster, which might lead to bankruptcy if the issue is not resolved soon, Airbus is literally being drowned in orders. For the Indian airline IndiGo, the Europeans are supposed to piece together three hundred A320neo mid-range aircraft.

In Hamburg, were Airbus has one of its two largest factories, the city state’s Commerce Senator, Michael Westhagemann, congratulated the company. “It could not have worked out better”, he said. The Senator announced yet another order Airbus received at the same airshow in Dubai. According to him, Air Arabia will buy 120 A320neo.

Emirates operates 3600 flights per week from its Dubai hub. It owns 112 Airbus A380 aircraft, 144 Boeing 777 jets and countless other planes. The company is the world’s largest operator of both models mentioned.