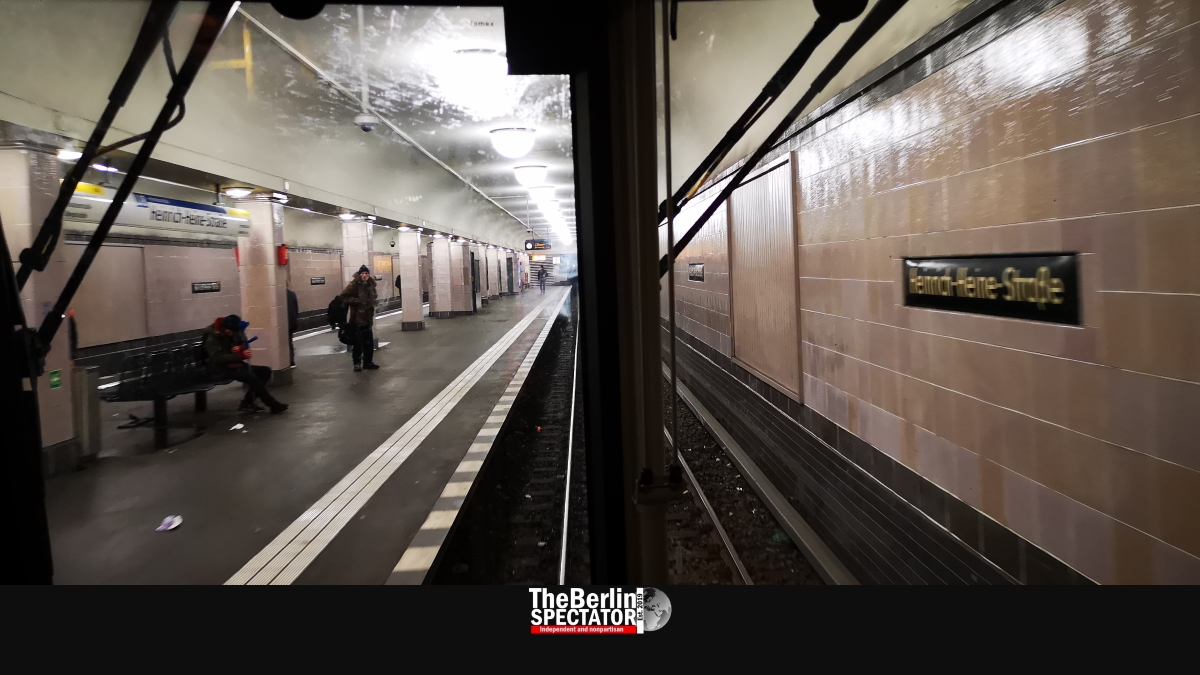 Twenty-five years into the information age, passengers on Berlin’s ‘U-Bahn’ lines U2, U5, U7 and U8 now have data connections, meaning they can access the Internet starting today.

Passengers at ‘Alexanderplatz’ noticed something was going on, when the state-owned public transport provider BVG prepared a cold buffet for the press right inside the station this morning. They celebrated the new Internet connection they are now offering on four of the city’s main ‘U-Bahn’ lines.

Back in July, the BVG had signed a contract with the German division of the Spanish telecommunication giant Telefónica for that purpose. The company installed devices for the LTE connection standard into the tunnels. Any Telefónica Deutschland (O2), T-Mobile or Vodafone subscribers with compatible smart phones or similar devices are now connected on the lines mentioned.

Until today, many Berliners or tourists could not even access the BVG’s website in the dark territory of those tunnels, in order to find the station they had to get off or change trains at. Now they can not only find any connection they want, but also surf any part of the Internet, inform or entertain themselves.

Marcus Thurand of Telefónica said, his company had already provided LTE connections to its customers for a while now. “Now we are offering it for everyone.” Thurand referred to a contract his company signed with its competitors Telekom, the owners of the T-Mobile brand, and Vodafone, before installing connections for their subscribers too.

Being online is not a luxury anymore in 2019. To many BVG passengers, having the opportunity to go online wherever they are is self-evident. A representative of Telekom told the Berlin Spectator, to his opinion today’s improvements and announcements should have been made seven or eight years ago.

Sigrid Nikutta, the BVG’s CEO who will return to Deutsche Bahn soon, said the complex system of ‘U-Bahn’ tunnels had made the installation complicated. She conceded her company had decided not to install WiFi connections when public transport providers in other cities had. According to her, the BVG decided to wait for the LTE standard.

On a special ‘U-Bahn’ train for the press, the representatives for the three telecommunication companies involved presented the new Internet connections to reporters earlier today. They worked. But the bandwidth available will depend on the number of users and the size of the data packages they are downloading.

The bad news is that the Internet connections on the ‘U-Bahn’ lines mentioned do not cover the entire routes yet. On the U2, they apply between ‘Pankow’ and ‘Stadtmitte’, on the U5 between ‘Alexanderplatz’ and ‘Tierpark’, on the U7 between ‘Gneisenaustrasse’ and ‘Rudow’, and on the U8 between ‘Bernauer Strasse’ and ‘Hermannstrasse’.

There is more bad news: It will take until the end of 2020 until the entire ‘U-Bahn’ system is covered, meaning many passengers will not be online for now, depending on where exactly they are. In most parts of the BVG’s tunnel system, T-Mobile and Vodafone subscribers will not be able to open this article while travelling.

So, whoever wants to chat with his or her love while on Berlin’s ‘U-Bahn’ will have to stay within the stretches mentioned or ride on the U1 line which is above the ground. Another option is to go back to the future in a time machine equipped with a Flux Compensator.