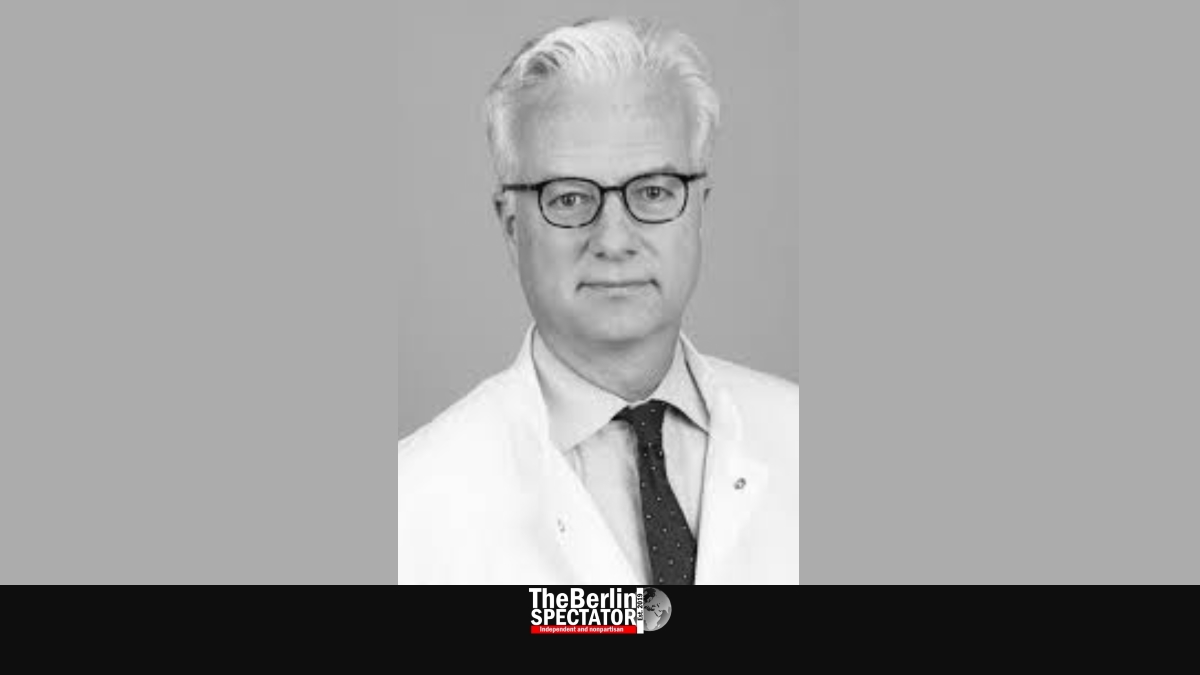 Fritz von Weizsäcker, a prominent physician at the ‘Schlosspark’ Clinic in Berlin, was stabbed to death after a lecture he held on Tuesday night. The attacker was arrested.

Professor Fritz von Weizsäcker, the son of the late Richard von Weizsäcker, who was President of the Federal Republic of Germany and Governing Mayor of Berlin in the 1980s, was stabbed to death on Tuesday. He was 59 years old and an expert for gastroenterology, hepatology, oncology and infectiology. The attack took place during a lecture he held in front of patients at the clinic’s psychiatric department.

Attacker in the Audience

Right after the attack, doctors and nurses of the ‘Schlosspark’ Clinic, a private establishment, tried to reanimate the professor, who also was the clinic’s chief physician, without success.

The homicide division within the Berlin police department started its investigation. According to different sources, the attacker is 57 years old and from North-Rhine Westphalia. He seems to be mentally ill. The Berlin prosecution wants him in a psychiatric hospital. German media reported, he had a delirious aversion against the von Weizsäcker family.

The Chancellor of the Federal Republic of Germany, Angela Merkel, said the deadly attack was terrible. She and the whole federal government sent their condolences to the widow and the entire von Weizsäcker family.

In the late afternoon, the Schlosspark Clinic said with Professor Fritz von Weizsäcker, it had lost an extraordinary doctor and valued colleague. In Berlin, the city state’s Interior Senator Andreas Geisel said he was appalled by the crime and sent condolences to the next of kin. Geisel thanked the police officers for his courageous behavior and wished him a speedy recovery.

Christian Lindner, the chairman of the party FDP, reacted to the deadly incident by saying his friend had been stabbed to death. “Just the other day he came to our house for a barbeque night.” Lindner said that sometimes he was wondering “what kind of a country we live in.”

In 1990, two prominent politicians in Germany were attacked with knives. Today’s President of the Bundestag, Wolfgang Schäuble, has been paraplegic since the attack on him. The other prominent victim, Oscar Lafontaine, a former Social Democrat who moved over to ‘The Left’, survived a similar attack that same year.