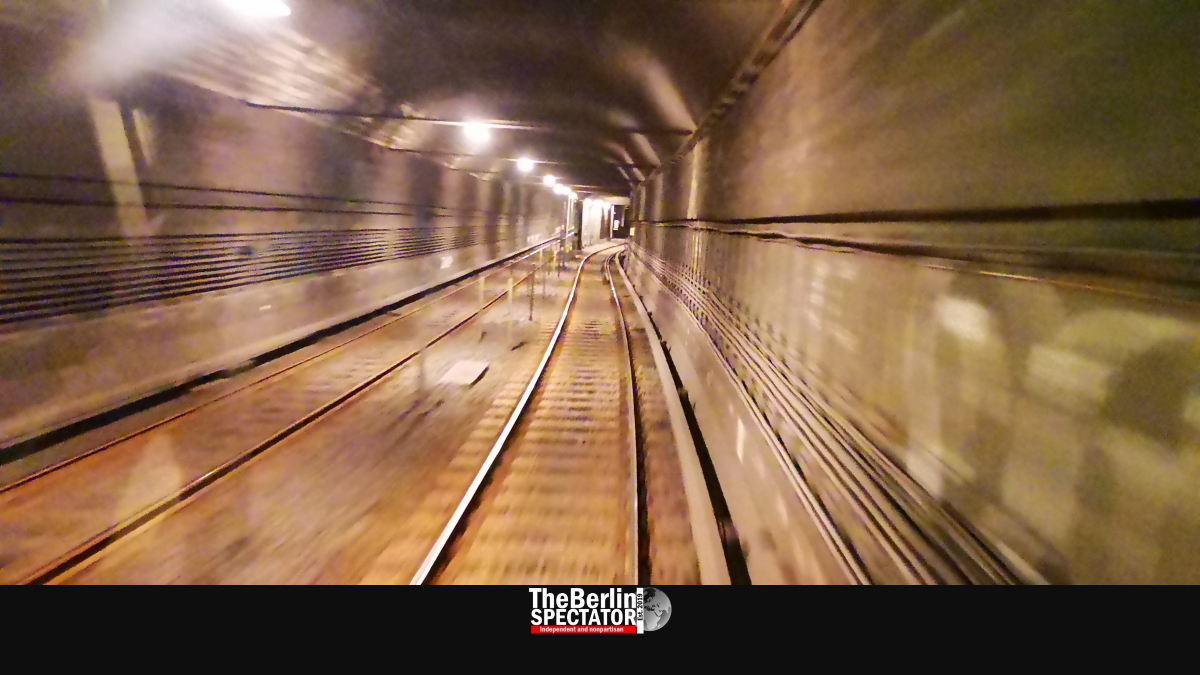 Alexanderplatz may not be beautiful, but it is one of the most frequented spots in Berlin. This applies both at the surface and underground.

According to estimates, Berlin has about as many rats as it accommodates human residents. Because the number of pest extermination operations against rats is increasing dramatically, Berliners are supposed to report every single rat sighted to the health authority.

There are several areas rats seem to love a lot more than others. Among those animals, favoritism seems to be just as popular as it is among humans. Those rat strongholds include Berlin’s north-eastern ‘Marzahn-Hellersdorf’ district, ‘Mitte’ and ‘Friedrichshain-Kreuzberg’. Alexanderplatz is located in ‘Mitte’. In the area around the square, rats seem to be finding a lot of free food in the trash.

While consuming the gifts humans leave for them, they hide in countless pipes, behind walls and in ‘U-Bahn’ train tunnels. That is also were they multiply. One single female rat can have a litter up to six times a year. They multiply a lot faster than the worms they share the underground with at Alexanderplatz square.

Rats do not give anyone insight into their secret life under the surface, but Berlin’s transport provider BVG does. Its unknown world, 30 to 60 feet under the square, is a huge network of gangways and tunnels. While tourists admire Berlin’s World Clock up there in daylight, technicians deal with cable clutter in hidden tech rooms located where the sun does not shine.

Recently, they installed devices which are now giving tens of thousands of ‘U-Bahn’ passengers internet access during their subsurface trips. So far, there is access on certain stretches of four metro lines. Technicians will have to lose their way in those labyrinths for another year until the entire underground system has Internet access.

‘U-Bahn’ train drivers spend eight to nine hours a day in their tunnels, racing back and forth on their lines. One of them told The Berlin Spectator earlier this week, the darkness made him and his colleagues tired. Asked whether the atmosphere down there caused depression among ‘U-Bahn’ drivers, he sad no.

Some of the tunnels the driver raced his train through on Tuesday were completely dark. Green and red signals was all he could see on many stretches. But there is a light at the end of the tunnel. For instance the stretches around the U8 line platform at Alexanderplatz are illuminated quite well.

The driver explained how dangerous it is to walk through those ‘U-Bahn’ tunnels. BVG technicians who do at times, in order to make sure everything is fine down there, know the dangers. Not coming in contact with the pantographs on the right side of each track is the ground rule, since they can actually electrocute people like Old Sparky.

The trains themselves are the second danger. When two of them race by at the same time, on both sides, anyone in the tunnel needs to be standing in between the tracks, holding on to metal poles installed for that purpose, just to make sure he or she does not fall onto the tracks at the wrong moment.

The first Berlin ‘U-Bahn’ transported passengers in 1902. That is exactly what some of the tunnels look like from the perspective of the hundreds of train drivers on duty at any given moment between 4:30 a.m. and 1 a.m.. Those old tunnels would be the perfect place for shooting horror movies. But they are fascinating places at the same time. The rats down there would definitely agree.

The ‘Hänsel and Gretel’ Approach

In the countless narrow corridors built for technicians and staff at big stations like Alexanderplatz, the risk of getting lost is high. Applying the ‘Hänsel and Gretel’ approach, by dropping lots of breadcrumbs on the way in, is helpful. Waiting for a tech guy to walk by coincidentally can take ages. The best way to avoid getting lost in those secret corridors is to keep out.