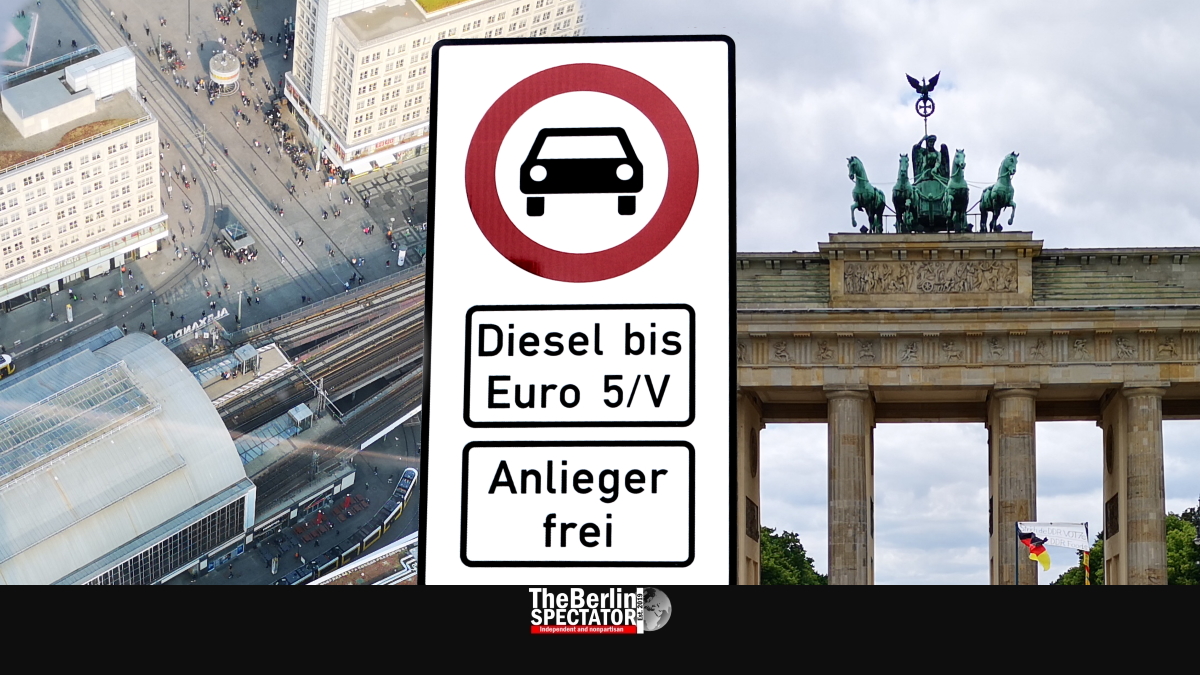 A Diesel ban applies on a street in Berlin’s Neukölln district, effective immediately. More bans on more streets will follow as soon as next week.

On ‘Silbersteinstrasse’ in Berlin’s Neukölln district, between ‘Karl-Marx-Strasse’ and ‘Hermannstrasse’, the first of several Diesel bans is in place. Signs were installed, saying all vehicles with Diesel engines up to Euro norm 5 are banned. Cars with engines of this kind were sold until 2015. Only clean cars, such as electric ones, and vehicles propelled by gasoline or Diesel Euro norm 6 engines are allowed to enter that street from now on.

The Berlin Senate took the decision to apply Diesel bans in July. In October, the Berlin Administrative Court ruled the city state needed to go ahead with the bans immediately in order to improve the air quality. But the city neither had the street signs it needed, nor a company which could have installed them.

A bit later, the driving ban for old Diesels will be extended into ‘Friedrichstrasse’, ‘Leipziger Strasse’, ‘Reinhardstrasse’ and ‘Alt-Moabit’. More measures designed to improve the air quality and safety for bicyclists and pedestrians include new speed limits on certain streets across Berlin.

There are many exceptions to the Diesel ban. Residents living in any Diesel ban areas may ignore it in the vicinity of their home. The same applies to craftsmen working in those areas, delivery and nursing services and taxi drivers who need to transport people there.

Critics have said the many exceptions made the ban useless. They also believe drivers will just bypass the streets and stretches mentioned and blow out Diesel clouds out of their exhaust pipes in other streets belonging to residential neighborhoods.

Especially old Diesel engines spread dangerous emissions, including particulate matter. The latter poses a danger to anyone who inhales it. Especially children need to be protected, scientists say. The Diesel bans are supposed to make sure Berlin stays within the regulatory limits regarding emissions.