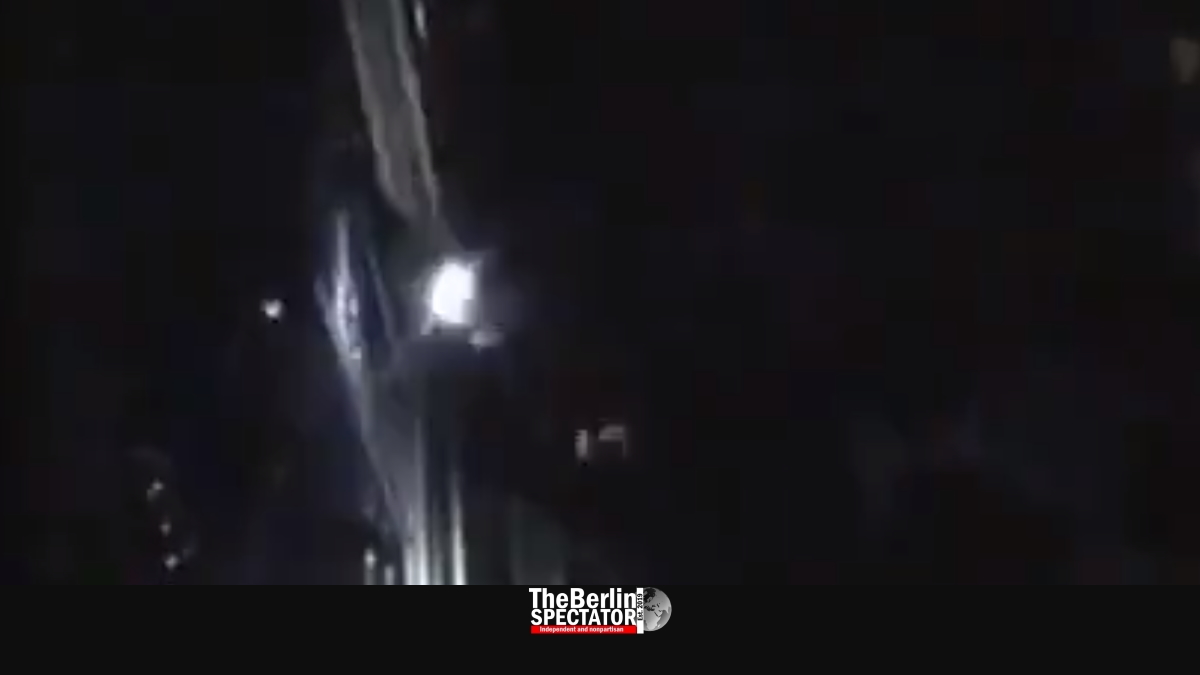 This morning, forensics were busy securing more evidence at Dresden’s Green Vault Museum, some 24 hours after at least two men managed to steal very valuable diamonds there. At this stage, only one thing is certain: The damage the thieves caused is enormous.

Forensics experts from Dresden’s police department were very busy on Tuesday morning. They continued securing evidence in the Green Vault, a famous treasury in Dresden Castle, the construction of which started in the year 1533. How exactly the thieves even managed to get in, in spite of the multiple security systems installed there, is a mystery.

Vitrine Crushed with an Ax

On Monday morning before 5:00 a.m., most Dresden residents were snoring into their pillows or their spouse’s ears, and only a few were sitting at their breakfast tables, when at least two men were already hard at work at the Castle. The individuals had gotten up very early indeed. After having breakfast long before everyone else, they got ready for one of the most spectacular heists in Germany.

So far, police do not know too much. At 4:59 a.m. on Monday, security guards called in a break-in at the Green Vault. Early on it became clear the culprits knew what they were doing. First they cut a grid which was supposed to protect a window made out of safety glass. Then they broke the latter, entered the building and chose a specific vitrine filled with treasures.

They used an ax to crush the glass cabinet. According to the Dresden police department, it took the thieves only minutes to get this far. Security cameras recorded the heist, but apart from the contours of two men and the light of a flashlight, the footage hardly reveals anything much.

Police know the criminals fled the scene in an Audi A6, and that they had a sophisticated plan. The vehicle was found some three miles away in a garage, but it was torched. Forensics are checking it. It seems unlikely the wreck will give police the answers they need.

Those responsible for the heist are not stupid. It looks like they may have shut down the electricity before breaking into the Green Vault by setting a junction box on fire nearby, under a bridge. By doing so, they switched off all street lamps in the entire area. Darkness was what they needed.

Before forensics are done at the Green Vault, the museum cannot even tell what exactly the culprits stole. The video footage shows they left some items behind, probably because they were on a clock, meaning they knew the police department’s reaction time. One thing the thieves were not going to do was to waste time.

As far as the museum is concerned, without actually having seen the Green Vault first hand after the heist, the thieves stole around a hundred objects containing diamonds, brilliants, brilliant-cut rubies, emeralds and sapphires. According to the institution, a “state treasury” dating back to the 18th century is gone.

On Monday, Dresden’s police established a task force. Ten detectives are on the thieves’ trail. But their work might prove to be very difficult with the little evidence they seem to have. On the other hand, they might know aspects the police did not volunteer information about.

At this stage it is unclear why the two security guards on site called the police and waited, instead of stopping the thieves themselves. Once the first police officers showed up, the culprits were gone.

Far more aspects are unclear, including the answer to the question how the thieves intend to convert their loot into money. Because the stolen objects are famous and ‘hot’, black market dealers might not be able to sell them. Experts are fearing the objects might be taken apart, grounded, melted or changed otherwise.

Michael Kretschmer, the First Minister (governor) of Saxony, said it had not been the state museum which the objects had been stolen from, “but us Saxons.” Over centuries, people in Saxony had worked hard for the valuables in Dresden Castle. Other members of Saxony’s government were shocked as well. They now want to beef up security for all museums. For the Green Vault, that intention comes a little late.

In the meantime, one of the most interesting questions related to the heist has neither been asked nor answered: Why did the thieves even enter the castle, knowing their every move was going to be watched live by security guards on monitors? Did they just assume the guards were going to be too scared to become active? Or is there another reason?