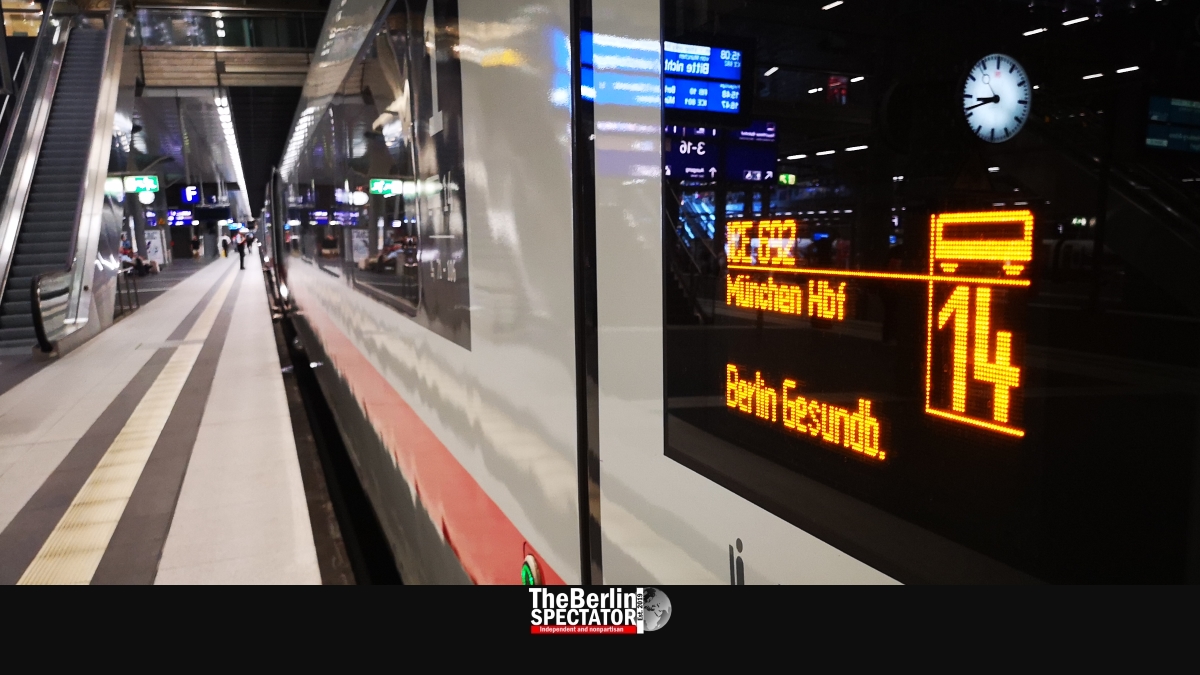 In Germany, train passengers want one thing above all: Speed is what attracts them to the country’s main long-distance train operator Deutsche Bahn. They are not satisfied with the ticket prices though.

Germany may be an important player in the industrial world and an export nation. With its 83 million inhabitants, it may be a relatively large European country, in this regard, but its territory is rather small. From the northernmost point to the very south, 1000 kilometers (620 miles) need to be covered. Most trips people take are a lot shorter than that.

For the kind of distance people travel within Germany, the train is the perfect means of transport, since flying hardly makes sense for 500 kilometers (310 miles). Neither does getting stuck in traffic jams on the Autobahn. On the train, people can eat, read or cut their toe nails. They do not have to concentrate on the individual in front of them, who has no clue about driving and blocks the left lane.

German bullet trains may not be quite as fast as those in France, Japan or China, but they do put on quite a race when they have to. Depending on their route, so-called ‘ICE’ trains (Inter City Express) do 250 to 300 km/h (155 to 186 mph). Because of all the traffic on the country’s roads, not even a trained racing driver in a Bugatti will overtake Deutsche Bahn’s ICE trains.

Berlin – Hamburg is a popular route within Germany. The ICE covers the 300 kilometers (186 miles) in one hour and 46 minutes, which is actually relatively slow, considering how fast ICE trains can go at full throttle. Still, passengers appreciate the speed. The regular ticket price is what they do not really like.

For a one-way trip from Berlin to Hamburg, they will be charged 83 Euro (91 Dollars or 71 Pounds Sterling). In first class, the price is 127.90 Euro (141 Dollars or 110 Pounds). If they are lucky, which they usually are when they book on time, they can get a special ticket price which makes the whole thing a little more attractive.

On the other hand, many travelers would rather pay a lot less than they would for any special deal at Deutsche Bahn, by choosing a bus ride with FlixBus or comparable companies. Those take a lot longer, but they are are around 15 Euro (16.50 Dollars or 13 Pounds), one way.

Deutsche Bahn seems to be aware of its issues. The company is working on satisfying passengers more. They intend to add connections and trains in the coming years. For instance they will almost double the number of connections between Berlin and Hamburg. The federal government is doing its part. Its ‘climate package‘ includes decreased train ticket prices and increased costs for airline passengers.

The German Traffic Club (VCD), an organization for ecofriendly transport, just polled people about Deutsche Bahn. This is what they found out: Regarding the duration of train trips, passengers give them sort of favorable grades. They also like direct connections, meaning Deutsche Bahn Passengers dislike changing trains during their trips. The ticket prices are another priority, but they are not too satisfied with those and give Deutsche Bahn rather bad grades in this regard.

Another aspect Deutsche Bahn passengers were asked about is punctuality. Germans are punctual, including their trains? Forget it. They are not. Deutsche Bahn has rather big punctuality issues. In Germany’s central stations, they keep on announcing delays “due to lags in the operating procedure”. Somehow they cannot make things work in this regard. Therefore they are getting bad grades by their passengers here too.

But there is another aspect Deutsche Bahn passengers do appreciate, namely the environmental friendliness of this means of transport. In the age of Greta Thunberg, Fridays for Future and climate change, many Germans do look at this point as well.

A Lot of Effort Needed

For the VCD, spokesman Philipp Kosok said, Deutsche Bahn passengers were dissatisfied with important aspects. The federal government, and Deutsche Bahn itself, needed to put in a lot of effort to reach their goals. Until the year 2030, they intend to double the number of passengers on trains.