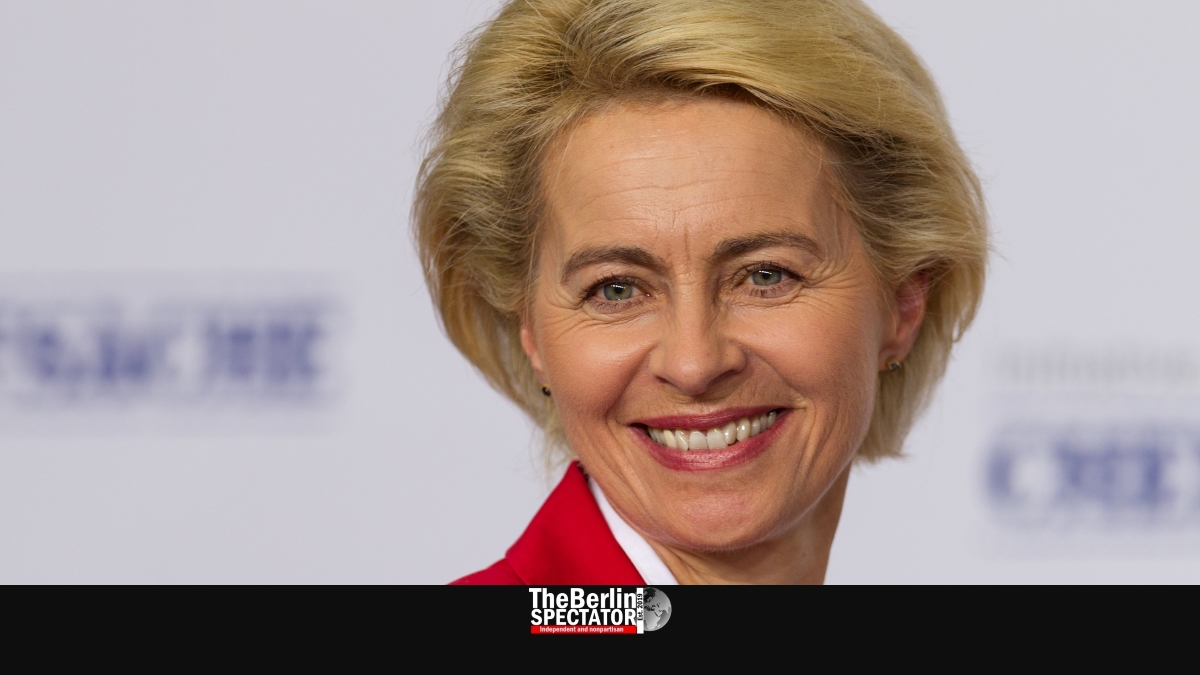 The European Parliament approved the incoming President of the European Commission, Ursula von der Leyen, and her team of Commissioners. She is the first German to hold that position in half a century.

A conservative politician, whose stunning political career depended on one single vote twice, ruled Lower Saxony for fourteen years. On October 8th, 1958, Ernst Albrecht and his wife called their newborn, one of their seven children, Ursula.

Little did they know the little baby they were holding in their arms in 1958, long before Albrecht’s political career picked up steam, would surpass him one day. Ursula Albrecht, whose name has been Ursula von der Leyen since she married in 1986, gave birth to seven children until 1999, just like her mother did decades before.

Raising that many kids is a challenge only a modern day Mary Poppins will deal with the way Ursula von der Leyen did. While changing diapers, feeding many mouths and giving birth to more children, she managed to join committees of her conservative party CDU in Lower Saxony, once the family was back from a six-year stay in beautiful California.

When you have that many children it definitely helps to be a doctor. At times, one child will go through a cold, the next will catch a virus at the kindergarten, and a third one might fall in the yard and need a band-aid, while all seven of them will want their dinner.

In this situation, only Ursula von der Leyen would manage to be an active member of the Council of the town of Sehnde as well, in which she lead the CDU’s caucus. In fact, her seven children only seem to have stopped her once in her life: Because of all the action at home, she did not continue her medicine studies the way she may have wanted, after completing the first part successfully.

In 1990, Ursula von der Leyen became a member of the CDU, the Christian-Democratic party of her father, of the late former Chancellor Helmut Kohl, and of Angela Merkel who was still fifteen years away of becoming the first female Chancellor of the Federal Republic of Germany.

After her tenure in local politics, which she might have chosen to go for with big ideas, von der Leyen became a member of the state parliament of Lower Saxony. It did not take long until she was Social Affairs Minister of that German province. She obviously had the politician gene. Family contacts may have helped as well.

Ursula von der Leyen kept on forging her career at full throttle. By the end of 2004, she was a CDU party executive in Berlin. In 2010, she was elected deputy chairlady of the CDU. But long before it even got to that, she was Angela Merkel’s Minister of Family Affairs. In 2009, she took over the Ministry of Employment.

Towards the end of 2013 it was none other than Ursula von der Leyen who got the most unrewarding job of them all, Minister of Defense. As the first woman in that position, she was sneered at, but also praised for taking an unconventional approach. The latter included establishing kindergartens for the children of Bundeswehr soldiers. Here was someone who knew what was needed, from her own experience.

In 2015, a real problem arose, one which could have ended von der Leyen’s career at that very moment. It turned out that her doctoral dissertation contained parts which seemed to be plagiarized. Once this accusation was made, she had the Medical College of Hanover look into the matter.

Later, Ursula von der Leyen commented on the matter, saying parts of her dissertation did not comply with her own standards. But her career was saved. She was not the only one with an issue of the kind in Angela Merkel’s governments since 2005.

An even bigger problem she was facing was her job as Minister of Defense, in the sense that absolutely nothing in the Bundeswehr, the German armed forces, seemed to be the way it should be:

None of these problems were Ursula von der Leyen’s fault, but they did become her responsibility. Not all of them were dealt with swiftly, due to budget or other constraints. The fact is that some of the scandals and issues made Minister Ursula von der Leyen look helpless at press conferences during which she had to explain what in the hell was going on and how she intended to resolve those partially rather embarrassing issues.

German comedians kept on making fun of the Bundeswehr and ‘Flinten-Uschi‘, the minister herself. They still do today. Defense Minister is probably the worst job anyone can get in Germany.

Just when she thought things were improving, yet another bomb exploded. Ursula von der Leyen was sued this year, and an investigation committee was established, because of shady contracts the Berlin Ministry of Defense signed with consultants, without adhering to the procurement rules.

Losing that bad job and getting an even more responsible one instead was not such a bad idea. It was a big surprise to many when none other than Ursula von der Leyen was nominated for the European Union’s top job, which is President of the European Commission. This is nothing less than ‘supercalifragilisticexpialidocious’.

So is the fact that her new E.U. Commission was confirmed today, by 461 MEPs who voted in favor, while 157 voted against the new team and 89 abstained. On December 1st, von der Leyen and her team, which includes 26 Commissioners, will take over.

For the first time in over 50 years, a German will take over the E.U.’s top post again. Ursula von der Leyen will also be the first woman ever on the job. In a speech in front of the European Parliament this morning, she announced a big transition in Europe which would affect society and the economy.

“We are doing this because it is the right thing to do, and not because it will be easy”, she stated. “Let’s get to work.” Apart from giving the E.U. more strength in the world, von der Leyen wants to work on climate protection, on a digitization of the European economy and a new migration policy concept. In spite of Brexit she insists on a close partnership with Great Britain.

On top of it all, she intends to wage war on cancer, a disease which killed her only sister at age 11. “Europe will assume the leadership in the battle against cancer”, she promised the MEPs.