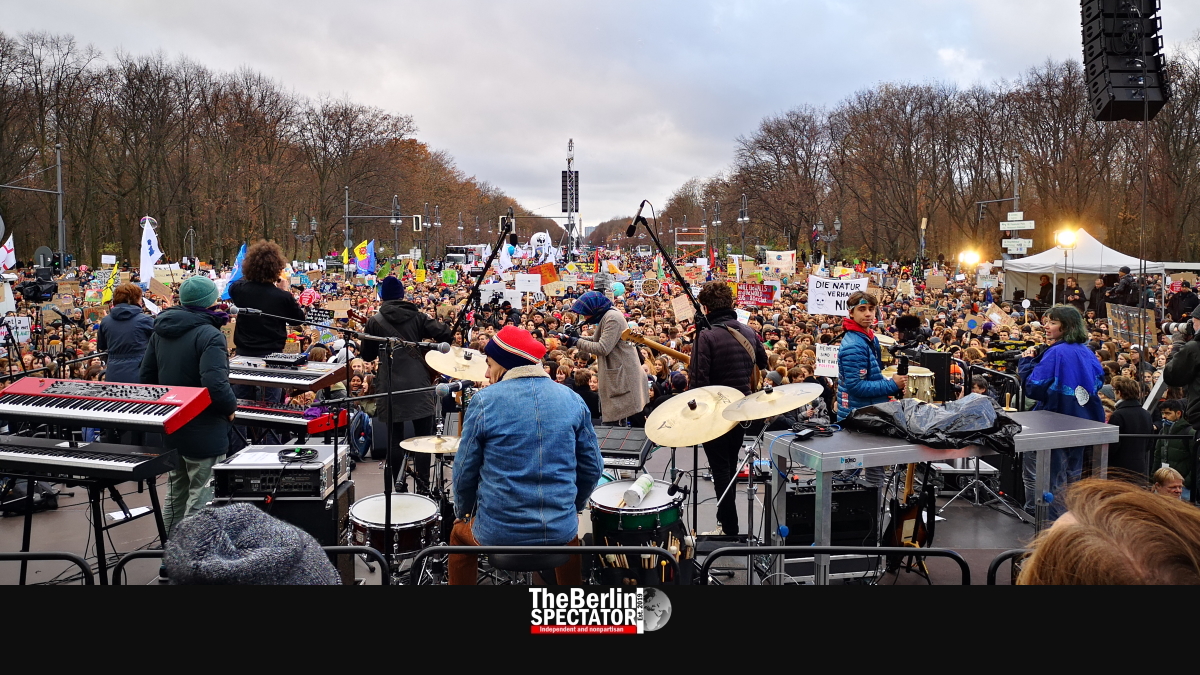 In Berlin, tens of thousands of teenagers, younger school kids, parents, teachers and other supporters took to the streets again, in order to demand action against climate change. According to Berlin’s police, up to 30,000 protesters were on site.

More than twenty students jumped into the Spree river in protest. The water temperature was 5 degrees Centigrade (41 degrees Fahrenheit). While they were drying up and getting dressed again, the bigger part of the masses listened to speeches and music at Brandenburg Gate. The scene almost looked like Woodstock.

Just before the Berlin-based band ‘Seeed’ started performing in front of everyone, its lead singer Peter Fox said it was necessary to change habits in order to stop climate change. “Let’s move our asses and do it”, he told the cheering crowd. The rally in Berlin was just one in more than 500 towns in Germany alone.

In the early afternoon, the protesters invaded the streets of Berlin. Their march took them to Friedrichstrasse, Potsdamer Platz and other areas within the German capital’s city center. Hundreds of police officers blocked traffic during the event.

At Brandenburg Gate station, dozens of policemen and policewomen made sure the situation remained under control, as thousands of mostly young Berliners arrived at around noon today. At some point the crowd was so huge it was hard to get out of the ‘U-Bahn’ stop.

While moving through Berlin’s government quarter, the protesters chanted and played loud music through enormous sound systems installed on trucks which accompanied the rally. Most participants were cheerful and seemed to feel they were part of a giant party.

Fridays for Future (F4F) has organized many protests in Berlin and other cities this year. On March 29th, 2019, the movement’s founder Greta Thunberg joined the Berliners. She is now heading towards Europe from the United States on a catamaran.

The German division of F4F is demanding more aggressive climate policies and believes the so-called ‘Climate Package’ the German government recently came up with is not nearly going far enough. Politicians in Germany should be more persistent and work on more effective action, F4F believes.