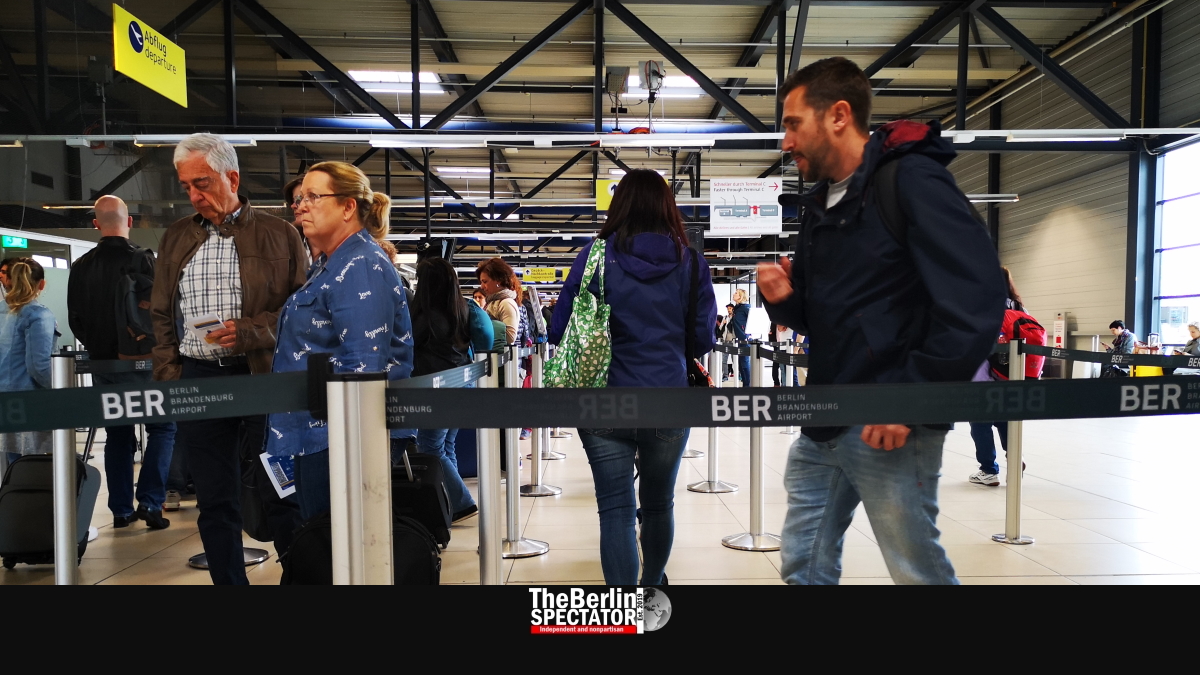 Construction workers found an unexploded World War II bomb at Schönefeld Airport on Friday. Air traffic was stopped for a while. The object was defused last night.

The WWII bomb found in Schönelfeld, Brandenburg’s largest airport, was located close to the taxiway used by aircraft in hundreds of thousands of cases in the past decades. According to German-language media, the airports’s police headquarters was nearby as well.

Air Traffic Stopped for an Hour

According to the operators of all three major airports in and around Berlin, workers were busy with improvements for one of the runways between Schönefeld Airport and Willy Brandt Airport when they found the bomb. Air traffic in Schönefeld was stopped for an hour while the situation was evaluated.

During that time period, incoming flights were diverted to Tegel Airport, while outgoing ones needed to wait. Then the decision was taken to resume flights and to disarm the bomb at night. The bomb disposal was supposed to take place before the first early morning flights came in on Saturday.

Willy Brandt Airport, also known as BER, is supposed to open on October 31st, 2020. Days later, the third Berlin airport, Tegel, located in the north-west of the German capital, will be closed for good on November 8th. The announcement was made on Friday.

WWII bomb finds are a regular occurrence in and around Berlin as well as in other parts of Germany. This one was found at 12:20 p.m. on Friday. Brandenburg’s police sent in experts. When they decided to decrease the size of the perimeter around the bomb, flights resumed at 1:15 p.m., with delays.

In the late afternoon, flights from and to Schönefeld Airport were not affected anymore. In between, the authorities considered evacuating and shutting down parts of the airport’s terminal, but decided against it once the situation was reevaluated.

On Saturday morning at around 2:30 a.m., the airport confirmed the bomb had been defused. On the day of the announcement of the opening date for Willy Brandt Airport, the news about the bomb find did not reach too many Berliners, but hundreds of passengers were affected. On Saturday morning, no flights delays were reported.