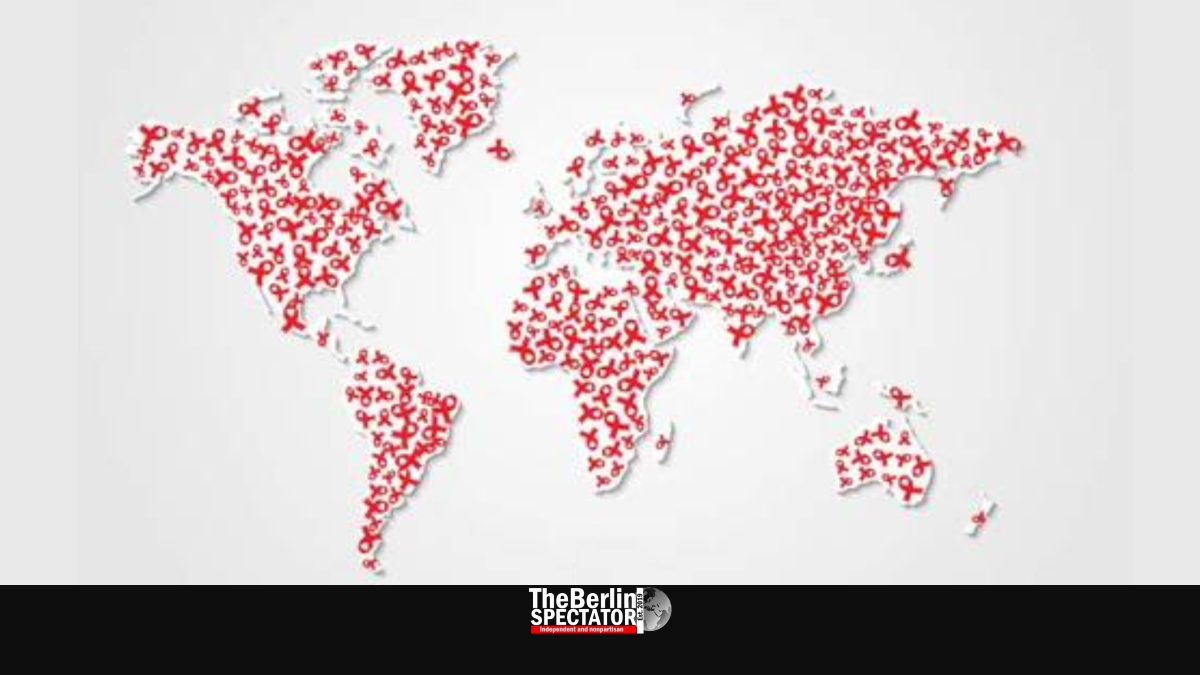 The AIDS pandemic caused by the spread of HIV infections started killing in the early 1980s. Today, there is medication with which those infected can live for a long time. World AIDS Day was established to raise awareness.

Almost 38 million people in the world live with HIV, including 1.7 million children. Most of them could be well for a long time if they had the right medication, but more than 60 percent of those infected do not. Most new infections in the world, some 63 percent, happen in Sub-Saharan Africa, were conditions for patients are much worse than in North America or Western Europe.

Since the 1980s, around 75 million people were infected with HIV. In 2018 alone, 770,000 died of AIDS. In certain regions, things do not look much better this year. In Eastern Europe and Central Asia, the number of new HIV infections is increasing substantially. In Germany, where 30,000 people have died of AIDS, 90,000 people are living with HIV right now.

World AIDS Day has been observed since 1988, on December 1st. It is a day of solidarity and raising awareness, but also of mourning. Organizations all over the world, such as UNAIDS, The World Health Organization, The Global Fund, The International AIDS Society or the German ‘Aidshilfe’, just to name a few, also fight discrimination against those infected with HIV. This is one of the most important tasks.

Even in the Western world, many people do not know important facts about HIV and AIDS. This is something activists are trying to change all the time, including on today’s World AIDS Day. These are the most important facts:

“Our goal is an end to discrimination”, Ulf Kristal of ‘Deutsche Aidshilfe’ said ahead of this years’ World AIDS Day. “Today, people with HIV can live like everyone else. Rejection, recrimination and discrimination often keep them from doing so”, he stated. The organization stresses that nowadays HIV does not need to be an obstacle in life or in relationships.

According to the ‘Deutsche Aidshilfe’, discrimination is often connected to “irrational infection fears”, antiquated ideas about life with HIV and prejudice towards homosexual men. Changing the latter is one of the main areas the organization is working on. Its members say discrimination leads to psychological stress and makes people sick.

In Berlin, Governing Mayor Michael Müller said AIDS was a subject that should not be forgotten. In spite of the availability of medication HIV infections could lead to AIDS if they were undetected and not treated. HIV positive people should not be excluded, discriminated or criminalized, Müller stated. “Self-evidently, they are part of our society.” The Governing Mayor pledged solidarity.

Berlin was a metropolis with a large and diverse gay and lesbian community, Müller said. The city accommodated organizations that worked on prevention and provided support for those affected. Some three years ago, Berlin joined the ‘Fast-Track Cities Initiative to End AIDS’ which intends to end AIDS in cities by 2030.

According to the Berlin Senate, 89 percent of all HIV positive residents in the city state know their status. A share of 92 percent of them are receiving antiretroviral treatment. In 95 of these cases, the treatment is successful.