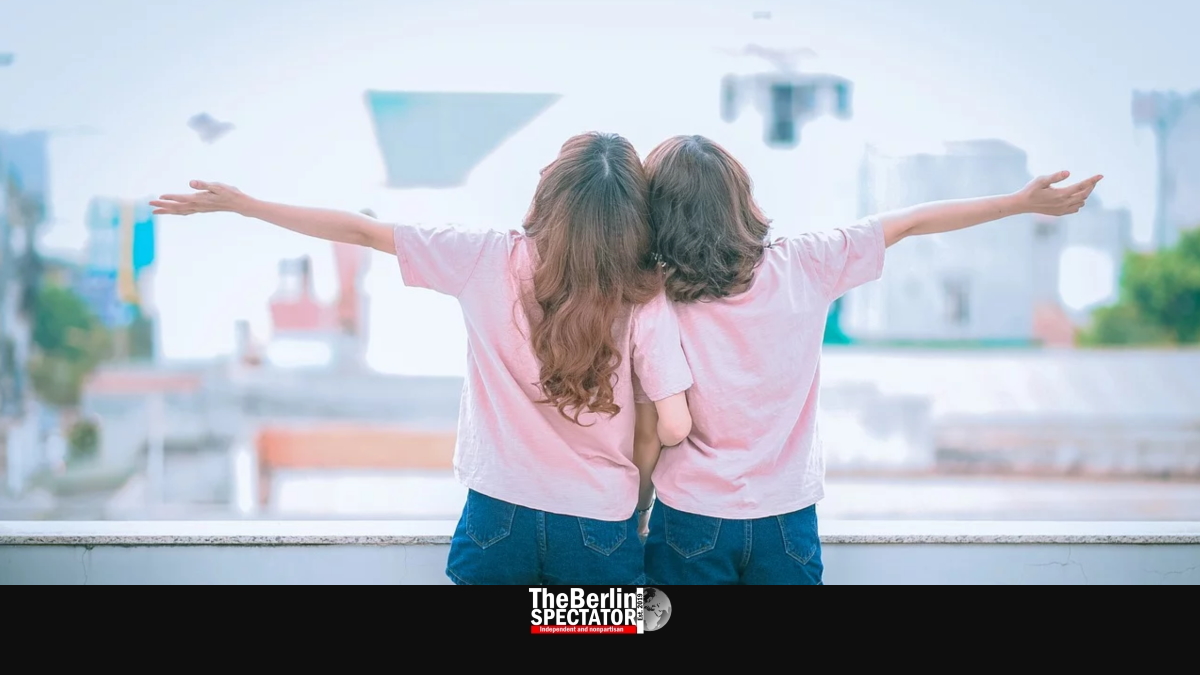 In Berlin, far more attacks against gays, lesbians and transsexuals have been recorded this year. Hate crime in the ‘tolerant city’ is on the rise.

Berlin’s police chief Barbara Slowik just presented the latest crime statistics for the city state. What it reveals is an increase in hate crimes against homosexuals and transsexuals. From January 1st until the last day of September of 2019, as many as 261 threats, insults and attacks were recorded.

Actual Number of Cases is Higher

This is an enormous increase. Last year, 184 encroachments of this kind were counted during the same time period. According to Barbara Slowik, who presented the numbers at an event organized by the Alliance Against Homophobia, the Berlin police department believes the actual number of such crimes is actually a lot higher. Many of them are not being reported to the police.

Most of those verbal and physical attacks occur in four Berlin districts, namely Friedrichshain-Kreuzberg, Mitte, Neukölln and Schöneberg. There was “an increasing polarization of society”, police chief Slowik said and “an increase in hate crimes in many areas”.

Berlin’s Attorney General Margarete Koppers said, so far 51 individuals responsible for such crimes had been indicted this year. In most cases they had been fined. Jail sentences had been imposed in four cases of this kind. Criminal prosecution in the cases of online hate crimes were difficult, Koppers stated.

According to activists within the German LGBTIQ community, discrimination and name-calling starts at school. On schoolyards in Berlin, ‘gay’ is being abused as a swear word.

Both in Berlin and elsewhere in Germany, homosexuals are experiencing harassment and discrimination all the time. A few years back, a poll led to the following result: Half of all gay men in Germany were recently discriminated because of their sexual orientation. It happens in rural areas, but also in cities like Berlin or Cologne which are supposedly tolerant.

There are prominent homosexuals in Germany some of whom have openly talked about their sexual orientation and visited official events with their same-sex partners. They include former mayors of Berlin and Hamburg and a former Foreign Minister, the late Guido Westerwelle. This aspect does not seem to have gotten rid of prejudice either.

Situation Even Worse in Eastern Europe

Within the large Turkish and Arab communities in Germany, there seems to be even less tolerance towards homosexuals than among Germans. Organizations like the Alliance Against Homophobia are fighting intolerance there as well.

While the situation in Berlin and other parts of Germany is obviously alarming, things are far worse in Eastern European countries like Bulgaria. There, society is generally homophobic. So is the government. The Bulgarian LGBTIQ community is not getting any support from the state. The only officials who show up at the annual Sofia Pride Parade are ambassadors of Western European countries, of Israel and the United States.