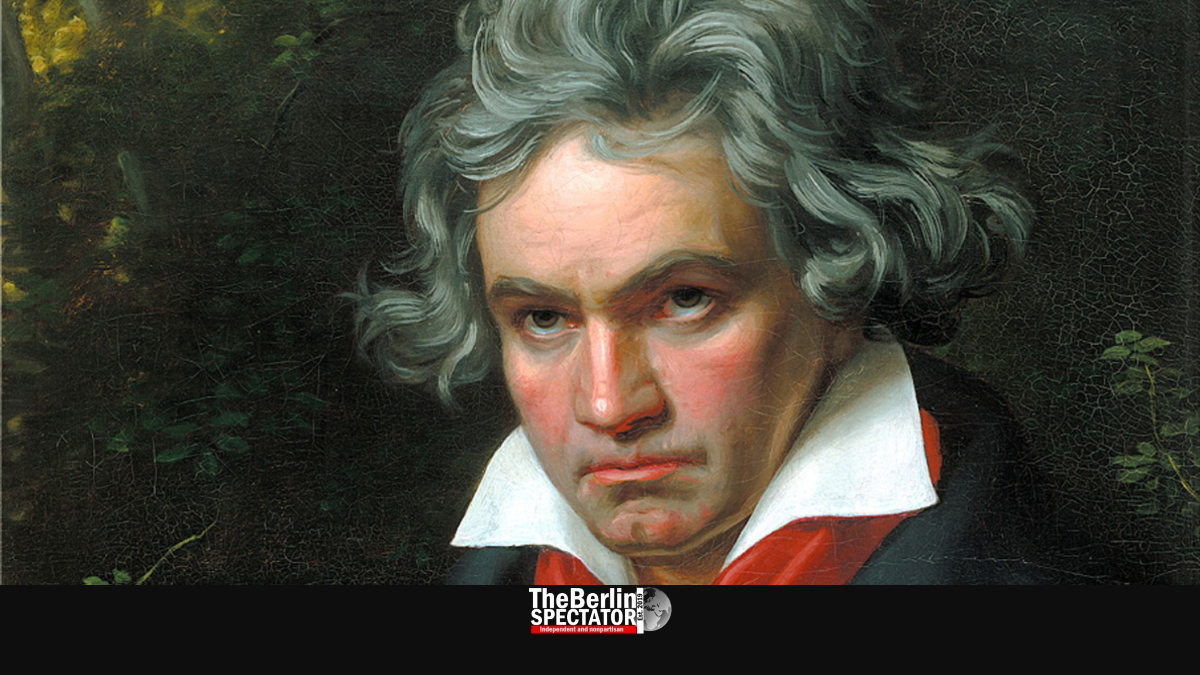 Ludwig van Beethoven’s 250th birthday is coming up in 2020. The German composer will be honored with hundreds of events in his birth city of Bonn and other places. Let the big party begin.

Beethoven’s pieces were admired when the master was still alive. They were worshiped after his death and they are today. His sounds were sent to space. In the summer of 1977, the two Voyager probes took off towards the final frontier. Today they have reached unknown spots outside the Solar System.

Both probes are carrying gold-plated discs with photos, messages in many languages and music. The Fifth Symphony is included. So is part of his String Quartet no. 13 for two violins, one viola and one cello. Ludwig van Beethoven is a star, both on Earth and outside the Solar System.

Once the aliens hear him, they will be convinced Earthlings are capable, thanks to him. They will hear bad music soon enough, as soon as they get to visit Earth. But why not lure them with Beethoven first? They did choose the right sounds. That’s for sure.

“I got the rockin’ pneumonia, I need a shot of rhythm and blues, I think I’m rollin’ arthritis, sittin’ down by the rhythm review. Roll over, Beethoven rockin’ in two by two.” Thank you, Chuck Berry. He even made Ludwig van Beethoven a Rock star.

Da – da – da – daaaaa, the Voyager, ‘Roll Over Beethoven’ and Stanley Kubrick’s ‘A Clockwork Orange’ are full of Beethoven. In the 1972 motion picture, Alex, the bad guy, has a condition in which he cannot listen to Beethoven’s Ninth Symphony. But he is his biggest fan.

Germany’s big writers, Schiller, Goethe, Büchner, Busch, Böll and Brecht need translations to attract readers outside the German-speaking part of the world. Since Beethoven does not, thanks to the fact that the language of music is global, he is the perfect person to show off German culture with.

Beethoven is the star in Goethe Institutes. He is the star in big and elegant concert halls around the world. It does not matter whether the Chicago Symphony Orchestra, conducted by Riccardo Muti, plays his Ninth or the Royal Concertgebouw Orchestra in Amsterdam does his Seventh. He is always impressive.

And he is the star in 2020. Hundreds of artists will interpret his work in Germany alone. Concerts, exhibitions and guided tours in his birth city of Bonn are scheduled to take place until the end of 2020. It is all starting right now.

Since the organizers of Ludwig van Beethoven’s ‘birthday year’ wanted the whole thing to sound hip, they decided to call it ‘BTHVN2020’. Yes, in capital letters. Wow. But, hip weirdness or not, the main thing is that it is all about him. Ludwig Superstar.

He was baptized on December 17th, 1779 and became a pianist virtuoso. He was good at improvising, meaning he could have been a Jazz pianist had he been born about 150 to 200 years later. Romanticism was the kind of music he paved the way for with his gift.

He liked women and music, probably in that order. Unfortunately he was not healthy. Beethoven still composed once he was deaf. Imagine that. It’s like a film director turns blind and continues shooting anyway. He must have struggled so much until he died on March 26th, 1827 in Vienna.

The entire program for ‘BTHVN2020’, the Beethoven Anniversary Year, can be accessed on the event’s website. They even have an English version. Da – da – da – daaaaa.