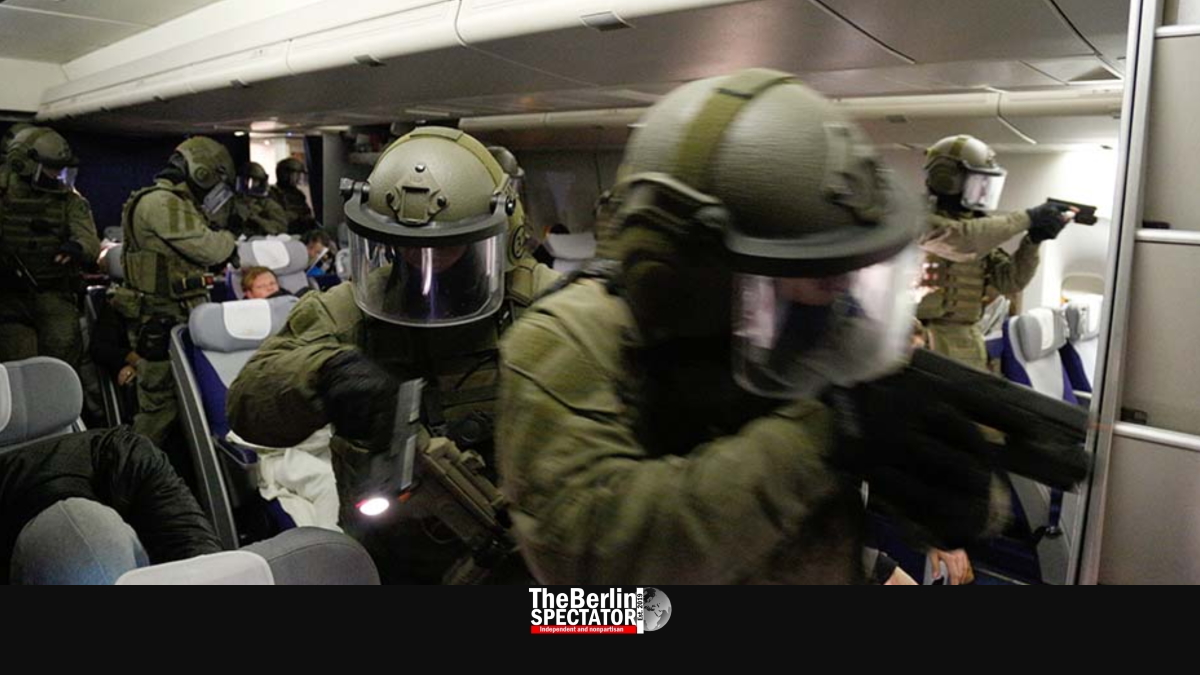 The ‘GSG 9’ is the last bastion for ‘real men’ in Germany. Not a single woman is part of the elite unit within the German Federal Police. Emancipation is not what the ‘GSG 9’ is about. Its members are supposed to fight organized crime and terrorism.

Two years ago, on December 28th, 2017, Ulrich Klaus Wegener died at age 88. He was the one who built up the German police elite unit ‘GSG 9’ from scratch in 1972, only weeks after Palestinian terrorists had murdered almost the entire Israeli team at the Olympic Games in Munich, after taking the athletes hostage.

‘Black September’ was the organization responsible for the attack. During the terrible turn of events in and around Munich some 48 years ago, the German police made grave mistakes. Those had to do with the fact that they were not prepared for terrorism on West German soil at all. The establishment of the ‘GSG 9’ was the answer to that issue.

Ulrich Klaus Wegner had been a hero long before. In the GDR, he distributed flyers against the communist regime. He was arrested and locked up in a State Security jail. Once he had fled to West Germany, he started his career at the Federal Police. In April of 1973, he told his superiors the ‘GSG 9’ was ready for operations.

Four years later, Germany learned how important it was to have the elite unit. On October 17th, 1977, the ‘GSG 9’ showed what it was made of. Its members raided a Lufthansa plane which had been hijacked by Palestinian terrorists on the way from Mallorca to Frankfurt.

After an odyssey through the Middle East, the aircraft full of German vacationers landed in Mogadishu, where the terrorists threatened to blow up the Boeing 727 with everyone inside. This was exactly the kind of scene the ‘GSG 9’ had trained for. They entered the plane, shot most terrorists and saved all hostages. The only person they could not save was pilot Jürgen Schumann, who had been murdered by the terror commando a day earlier.

Since Mogadishu, the ‘GSG 9’ has grown. The unit has been involved in operations in Germany and abroad. In 1993, one officer was killed in action. He had been part of an operation in Bad Kleinen during which German left-wing terrorists were supposed to be apprehended. In 2004, two ‘GSG 9’ members died in Iraq. They had protected diplomats.

Sankt Augustin, just outside the former West German capital of Bonn, accommodates the ‘GSG 9’ headquarters. This is where they do their daily training and where applicants try to become part of the action. Only 10 to 15 percent of all applicants pass the rather difficult entry tests and exams.

A few years back, the Federal Police and politicians started discussing a flaw. Since the elite unit was founded in West Germany, its HQ location near Bonn had been just perfect. Within two hours, the team could have reached any spot in the old Federal Republic by plane or helicopter. After the reunification of Germany, a vulnerable spot called Berlin was identified.

It became clear that at least part of the ‘GSG 9’ would have to be in the German capital, also because Islamist terrorists tend to choose the world’s capitals to spread fear, death and their propaganda. Protecting the largest German city, its inhabitants, the Bundestag, the government and the President became necessary.

The ‘GSG 9’ does not like to volunteer information about what it does, where it operates or where exactly it might move. But last year there was talk about increasing the size of the unit by one third. This means it may have grown to more than 500 members by now.

At this stage, officers from Sankt Augustin come to Berlin on a regular basis. They conduct their training in the German capital and they get acquainted with the city and its most important buildings. By the end of 2020, some ‘GSG 9’ members, possibly around 100 of them, will be Berliners.