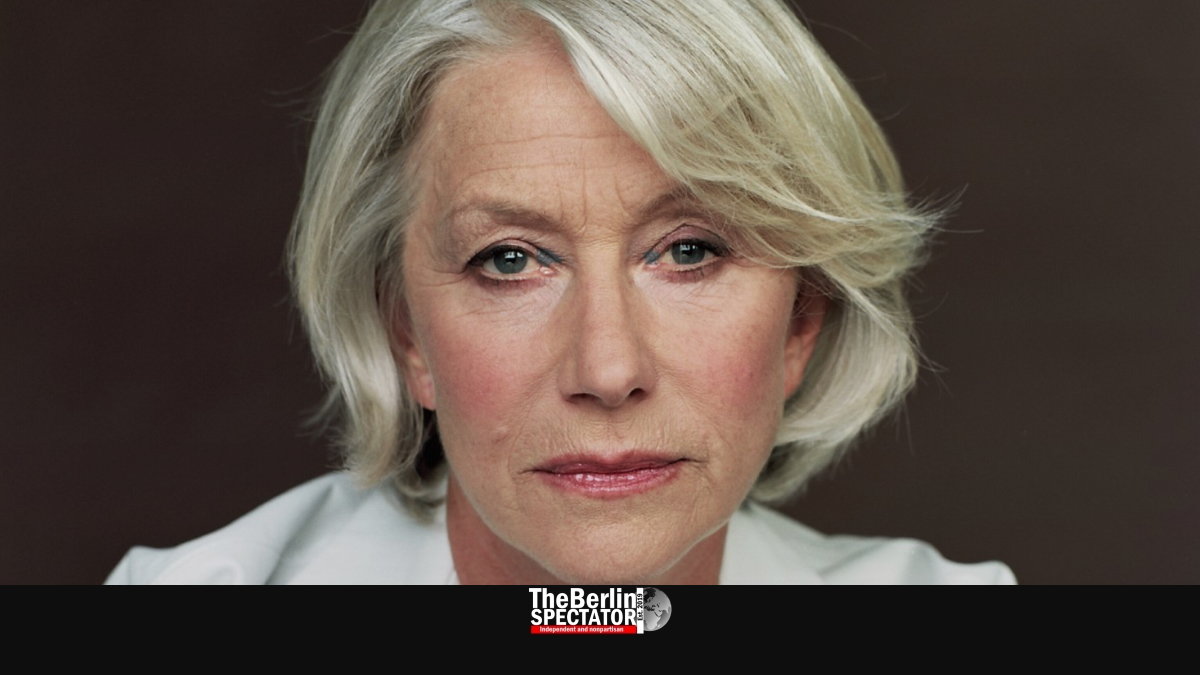 At the Berlinale Film Festival 2020, the British actress Helen Mirren is to receive the Honorary Golden Bear award for her lifetime achievement. During an homage to her, ‘The Queen’ will be screened.

The 2006 motion picture ‘The Queen’, in which Helen Mirren plays Queen Elizabeth II., will be screened in Berlin, as part of an homage, just before the British actress receives the Golden Bear for her lifetime achievement. There are tons of movies she played in in the past decades.

Dame Commander of the Empire

Mirren got a well-deserved Oscar and a Golden Globe for ‘The Queen’, and she was nominated for three more Academy Awards over the years. “Helen Mirren has impressed audiences a lot with her powerful interpretations”, the Berlinale’s Executive Director Mariette Rissenbeek said on Wednesday in Berlin. And she had surprised people by portraying special characters.

Helen Lydia Mironoff was Helen Mirren’s name when she was born to a British mother and a Russian father on July 26th, 1945. Two decades later, she attended the New College of Speech and Drama in London. In 2003, she became Dame Commander of the Order of the British Empire.

The Berlinale itself has new directors for its 70th edition in early 2020 and the years to come. Mariette Rissenbeek is the Executive Director, Carlo Chatrian the Artistic Director. Dieter Kosslick had headed the film festival from 2001 to 2018.

Numerous sections are part of the Berlinale festival, including the ‘Competition’ in which loads of Golden Bears are being distributed, the ‘Berlinale Shorts’ for short films, ‘Generation’ for young film artists, ‘Perspektive Deutsches Kino’, a competition for German motion pictures, and several more.

The Berlinale is scheduled to take place from February 20th to March 1st, 2020.