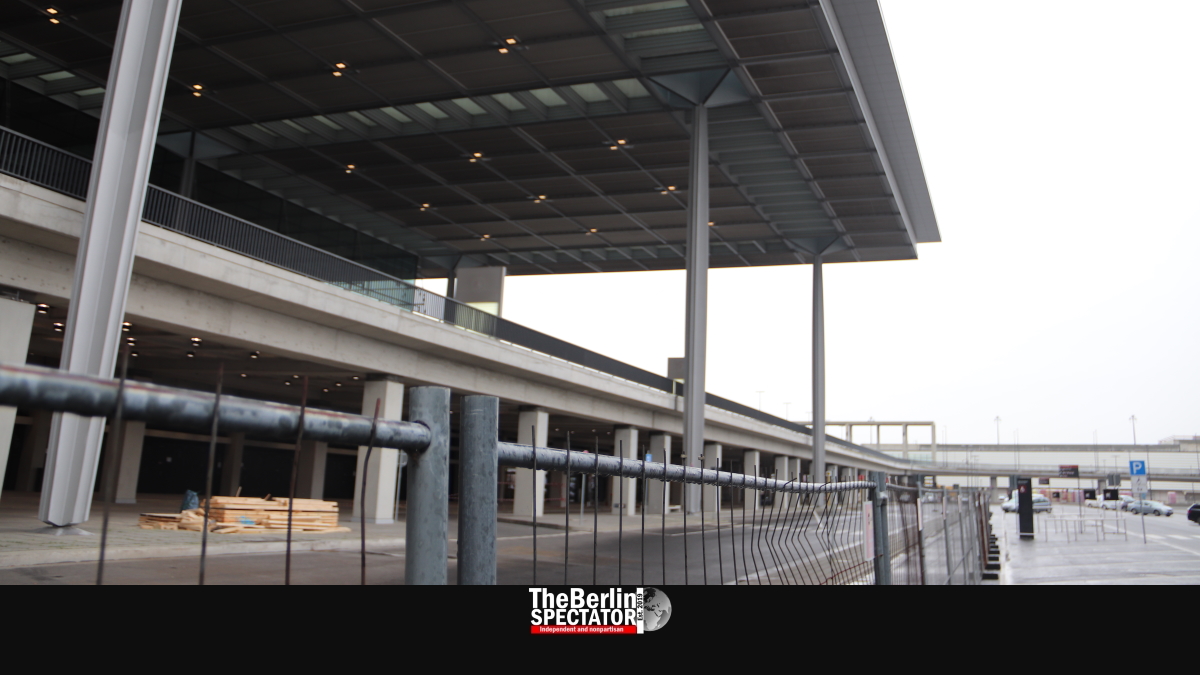 Once it finally opens on October 31st, 2020, the new Berlin Brandenburg Airport (BER) will be connected to Berlin and Brandenburg province quite well. Numerous public transport routes will be available.

When BER Airport, also known as ‘Flughafen Berlin Brandenburg Willy Brandt’, opens on October 31st, 2020, it will already feature attractive public transport connections. A ‘FEX’ train between Berlin’s Central Station and BER, via ‘Gesundbrunnen’ and ‘Ostkreuz’, will be on its way back and forth every 30 minutes from 4:00 a.m. to midnight on a daily basis.

Engelbert Lütke Daldrup, the CEO of ‘Flughafen Berlin Brandenburg GmbH’, which operates all major Berlin airports, announced these details today with Susanne Henckel of the VBB. The latter combines all public transport providers in Berlin and Brandenburg.

In addition to the FEX train, the ‘S-Bahn’ and regional trains will connect Berlin and towns in Brandenburg with the sleek new airport the inauguration of which will be nine years late once it takes place. All trains mentioned so far will stop at both Terminal 5 and Terminal 1-2. Once BER is operational, today’s Schönefeld Airport will become Terminal 5 of BER Airport.

Lütke Daldrup said on Friday, no other major airport in Germany had a train station right below its check-in counters. That way passengers would not need to walk a lot. The same applied to passengers who chose the X7 airport bus. A new bus stop is to be built at Terminal 5. At Terminals 1 and 2, another new bus stop is ready.

From the ‘U-Bahn’ stop ‘Rudow’ on line no. 7, the X7 bus takes a few minutes to get to Terminals 1, 2 and 5. Whether the U7 line will be extended to BER Airport is a big question, at this stage. Engelbert Lütke Daldrup said he would obviously approve this kind of project.

Some details on those public transport connections are still being worked out. For instance it is unclear whether tickets purchased from Berlin’s main transport provider BVG will be valid for regional trains to BER, and for an ‘Inter City’ (IC) train scheduled to go there as well.

Germany: Ban for Flights from U.K. Leads to Trouble at…

One thing is certain: The number of passengers at Berlin’s two operational airports Tegel and Schönefeld is increasing. From January to October of 2019, as many as 30.5 million of them were registered. In Germany, only Frankfurt Airport (60.5 million) and Munich Airport (41 million) have more.

Many of those 30.5 million people, more than 60 percent, do choose public transport to get to the airport or back to the city. Also thousands of the new airport’s employees need to get to work and back home. For that reason, the VBB is extending the capacity of all trains it uses between BER and Berlin.

In the meantime, Germany’s federal government dumped its plans to build its own terminal at BER Airport. The project would have cost at least 344 million Euro (382 million Dollars or 290 million Pounds).

While it looks like BER Airport will actually be opened this time, after countless expensive delays, there are more bad news. BER’s operator will need more money from its owner, namely the federal states of Berlin, Brandenburg and the Federal Republic of Germany, by 2021. At this stage, Lütke Daldrup mentioned 108 million Euro (120 million Dollars or 91 million Pounds).

But for now, it is all about opening the airport on time. Easyjet passengers will be the first ones to land at BER on October 31st, 2020. All other airlines will follow within a few days. On November 8th, 2020, Tegel Airport will be closed forever.