Berlin: Mess at Central Bus Terminal to Last for Years 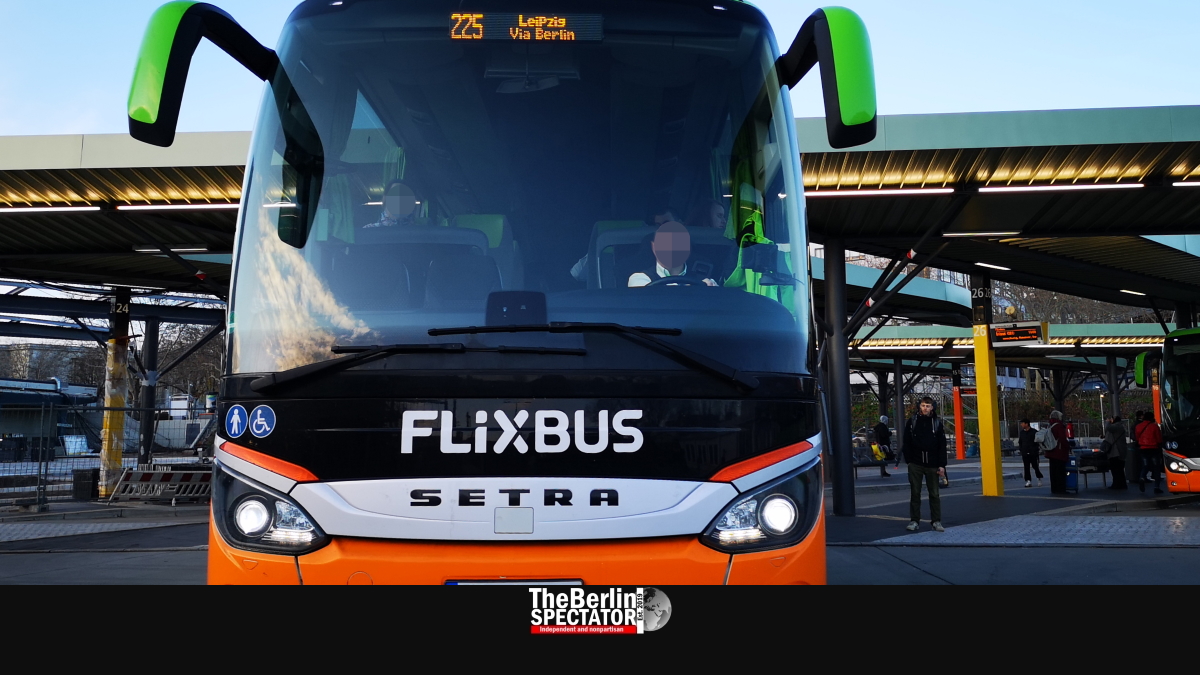 Berlin’s central bus terminal might very well be the ugliest spot in the entire city. It is being renovated. That’s the good news. The bad news is that it will take ages and cost a fortune.

It is a cool December morning at Berlin’s terminal for long-distance buses located across the street from the city’s trade fair grounds. Every few minutes, a large bus arrives. Most of them are painted in green and orange, with the Flixbus logo on their sides. They are the leading player on the German long distance bus market.

No Workers on Construction Site

Elderly Eastern European ladies, dressed in traditional Balkanese dresses, are waiting for the bus to some godforsaken town in Serbia. More of those ladies, who could be their sisters, are in the process of boarding a taxi with their giant plastic bags. They just arrived in Berlin after a 20-hour bus trip from some place on the Balkan peninsula.

The first spot they see in Germany is Berlin’s ugly bus terminal. It was built in 1966 and has not been renovated much since. It shows. Renovating is what they are supposed to be doing right now. About half the 35 bus platforms available here are fenced in, due to the construction work. But it does not seem to advance much. Not a single construction worker is in sight.

Maybe it is too cold for them in winter. So it is no surprise the renovation will last longer than originally planned. The German-language ‘Morgenpost’ daily just reported, the construction work would be completed by the late summer of 2022. Originally, the bus terminal was supposed to be done and ready to rumble by May of 2022, and even that would have been quite long.

A construction site which never ends: What does that remind us of? No clue. Besides, its cost will triple, compared to the amount originally mentioned, the ‘Morgenpost’ reports. Almost 40 million Euro for the renovation of a bus terminal? Well, yes. The reason named for the delay is a two-store building they are supposedly erecting, for shops, ticket counters, restrooms and a control point.

At this stage, passengers who intend to purchase tickets, beverages or snacks, and those who would rather wait inside than on a windy bus platform, or spend time in the bathroom, need to bypass the construction site nobody is working on. In spite of signs clearly stating pedestrians are not allowed to walk on the entrance and exit ramps for all those buses, this is exactly what many of them are doing.

Some dangerous situations develop on that ramp all the time, as more Flixbus vehicles arrive and leave. One of them is on its way to Brussels, another to the eastern German town of Gera. Baggage is being dragged back and forth at this place. Some suitcases need to be manhandled by four individuals with muscles.

Within the Federal Republic Germany, long-distance bus companies were allowed to offer trips to and from West Berlin only, for a long time. According to old laws, they were not supposed to become competitors for ‘Deutsche Bundesbahn’, the predecessor of Deutsche Bahn. But then, a few year back, in reunified Germany, the market was liberated. Anyone can now offer bus rides from anywhere to any other place.

The company Flixbus won the competition war that followed. Now, as they have a 90 percent market share, they are saying they want the taxes for bus tickets to be decreased. What they mean ist that Flixbus passengers should not pay a higher percentage than train passengers. If the government does not comply with this demand, Flixbus might scrap up to a third of its routes, they say.

Long distance bus tickets in Germany are usually a lot cheaper than train rides. But bus journeys take a lot longer. Also they are not as green because those buses blow enormous Diesel clouds out of their giant exhaust pipes. On top of it all, bus trips are less safe. And Berlin’s bus terminal is annoying, for the time being.

The 5.6 million passengers who are being counted at that terminal in Berlin each year will have to put up with its ugliness and that annoying construction site for another two and a half years. Good luck. And bon voyage.