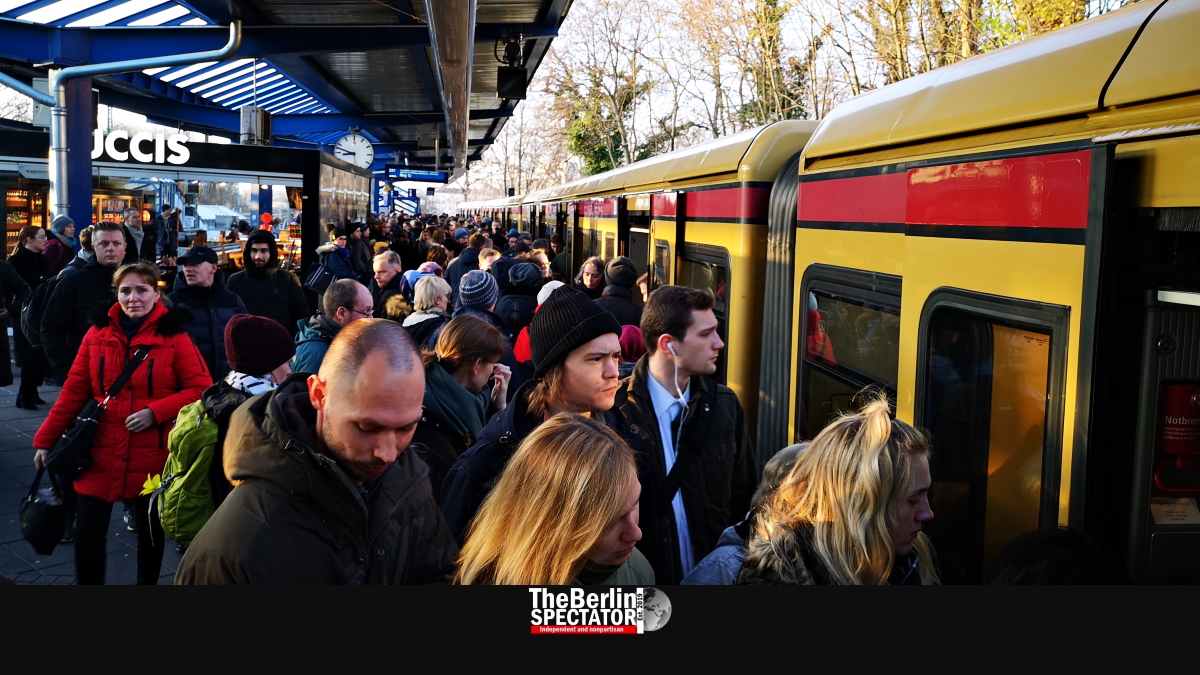 Berlin’s ‘S-Bahn’ train system is experiencing technical problems all the time. Delays and cancellations have annoyed thousands of passengers since yesterday.

In the past two days, ‘S-Bahn’ passengers in Berlin have reported constant delays and train cancellations. Those were caused by issues the operator Deutsche Bahn had with signalboxes and railway switches. In announcements at stations, they kept on apologizing for the delays.

On Tuesday morning, a signalbox at ‘Ostbahnhof’ station led to the first delays of the day. Later, it took a long time until trains were back on schedule. This time around, the lines S3, S5, S7, S75 and S9 were affected. Some trains were cancelled, most of them were behind schedule.

Another signalbox issue was reported at Berlin’s ‘Baumschulenweg’ station. Since the temperatures in Berlin are rather mild these days, the weather could not be blamed. Because of the issues with the ‘S-Bahn’ system, many passengers did not reach their workplaces on time.

Exactly the same problems surfaced on Monday morning, when Deutsche Bahn kept on apologizing for issues with signalboxes. The hundreds of passengers waiting at ‘Treptower Park’ station, including The Berlin Spectator’s only editor, and hundreds more at ‘Sonnenallee’, ‘Neukölln’, ‘Hermannstrasse’ and other stations on the ‘S-Bahn’ ring, seemed annoyed.

Once trains finally arrived, they were overcrowded. Dozens of passengers were forced to wait for the next ones. But those were full as well. On the ‘S-Bahn’, which felt like the Tokyo Metro, an announcement about an issue with a railway switch was heard. At least one crowded train waited for seven minutes at ‘Sonnenallee’, until the problem was finally resolved and it could continue.

Berliners are used to problems with the ‘S-Bahn’ system they need to rely on. When those issues are not being caused by broken signal boxes or railway switches, “delays in the operating procedure” are a reason the operator keeps on citing.