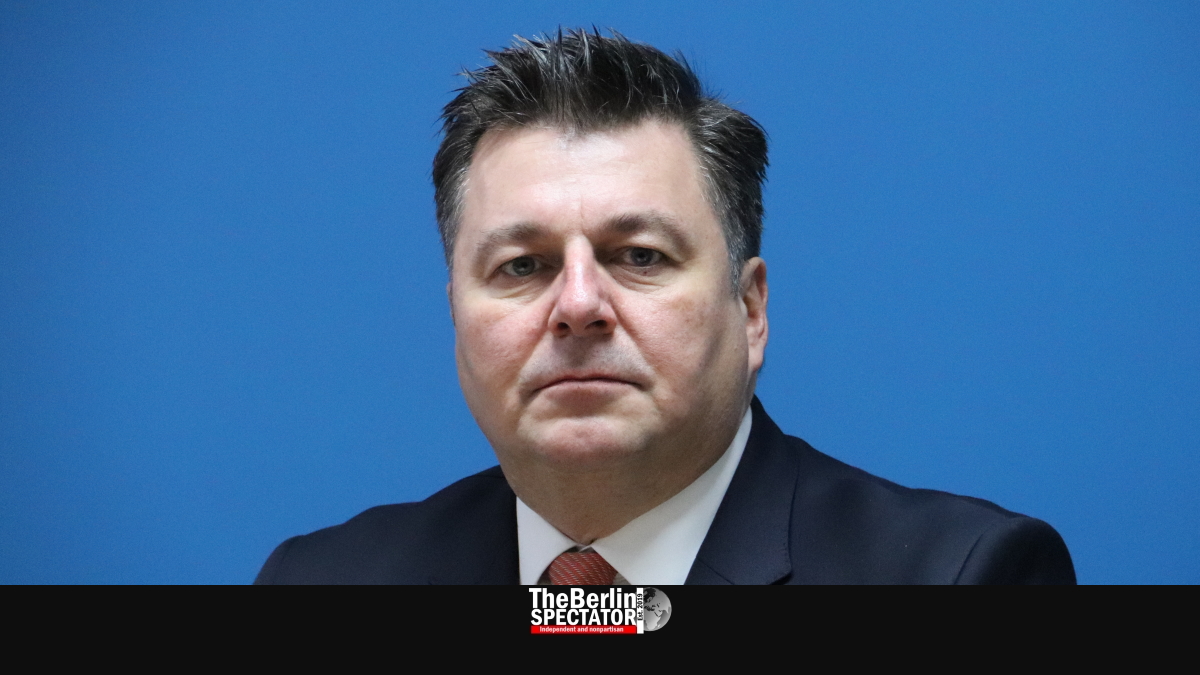 The fight against organized crime continues. In Berlin, the Senator in charge, Andreas Geisel, said this year, 300 police operations had already taken place in the clan crime area. This translates to about one per day. Geisel and Berlin’s Police Chief Barbara Slowik provided updates and data for last year.

Geisel stated, organized crime had “a high threat potential” and the groups engaged in these illegal activities were highly professional. Also they had built international networks. These aspects make things difficult for the police and prosecutors. Nowadays, Europol works on bringing about cooperation between police departments in different European countries and beyond.

Even though the German abbreviation for organized crime (‘organisierte Kriminalität’) is OK, the crimes committed are the exact opposite. But at least the gangsters responsible are feeling more pressure today, including in Berlin. According to Senator Geisel, Berlin’s State Office of Criminal Investigations was partially reorganized, in order to be able to react more quickly to criminal activity.

At the same time, Geisel demanded better equipment for the police. What the department’s personnel is concerned, help is on its way. More than 800 additional posts within the police and the State Office will be created. At this stage, the Berlin police department employs around 25,000 people. Its cooperation with the federal authorities is “good”, according to Geisel.

Within organized crime, there are many groups police are forced to concentrate on. Those include biker gangs. Those are harder to identify these days because some of them are not allowed to wear those jackets with their group’s logos anymore. But some biker clubs still consitute a danger.

There was a growing “Russian-Eurasian” part of organized crime, Senator Geisel told the press. In this case, criminal structures are being built up by individuals from Russia and other former Soviet republics. Many of those criminals had appeared in Germany only recently.

And there are Arab clans the Berlin police have been dealing with for years. The war the authorities are waging is not only continuing, but also being intensified in this case as well. The three groups mentioned make up 40 percent of organized crime in Berlin. German criminals and gangsters of other nationalities make up the rest.

Arab Clans were ‘Hit where it Hurts’

Organized crime groups are trying to bribe police. One officers who fed gangster information for money was recently suspended and charged. The gangs also do a lot of damage. In 2018 alone, the damage done in Berlin amounts to almost 100 million Euro (111 million U.S. Dollars or 84 million Pounds Sterling).

Criminal Arab clans are among the toughest and therefore hard to deal with. But Senator Geisel said they had been “hit where it hurts.” In 2018 alone, Berlin had confiscated as many as 77 real estate objects from them. This year, 12 tons of Shisha tobacco had been confiscated. One of the biggest problems regarding Arab clans was their readiness to use violence, including killings, Senator Geisel said at this morning’s press conference.

Police Chief Barbara Slowik said there were 59 “investigation complexes” her authority was working on. The operations against organized crime conducted in Berlin make up about 11 percent of all operations in the Federal Republic of Germany. Berlin is a hotspot because of its size and its geographical location.

Regarding the nationalities of organized crime suspects in Berlin, German nationals, including many of foreign origin, are the largest group, followed by Bulgarians (9.7 percent), Turks (9 percent) and Poles (6.2 percent). Out of all suspects apprehended in 2018, 11.3 percent were armed.

The crimes recorded in this area mainly fall into four big rubrics:

On average, it took the Berlin police department and other authorities 18.1 months to deal with one ‘organized crime complex’ in 2018. The average rose, compared to 2017, mainly because one big human trafficking and forced prostitution case took 54 months to deal with.