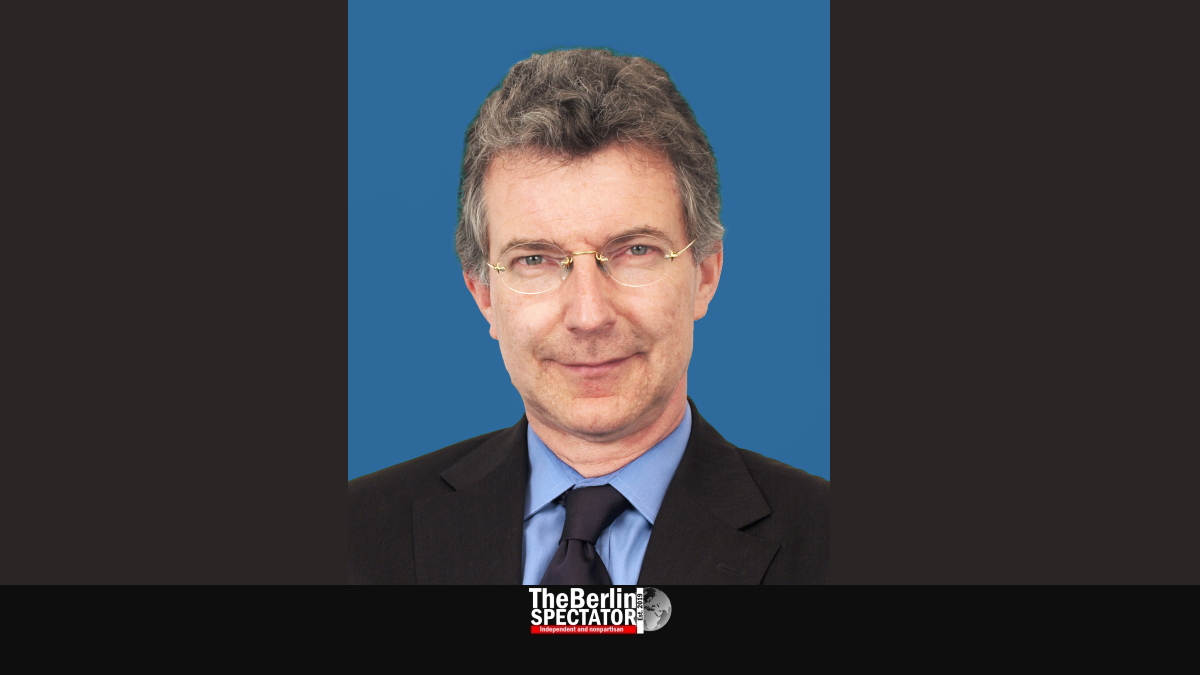 Germany’s U.N. Ambassador Christoph Heusgen will be included in the Simon Wiesenthal Center’s ‘list of worst outbreaks of antisemitism’ this year. In March, he had compared Hamas’ attacks on Israelis to the destruction of terrorists’ homes.

For the first time ever, a German diplomat will be included in the Simon Wiesenthal Center’s top ten list of ‘worst outbreaks of antisemitism and anti-Israel incidents’. The Jerusalem Post reported this first. Christoph Heusgen, who will make this year’s list, is Germany’s U.N. Ambassador. He has been known for his anti-Israeli stance for a long time.

In the past years, he mostly voted against Israel, in resolutions brought in by Arab states. Those single out the predominantly Jewish state as an aggressor and occupation force and are usually based on conspiracy theories and hatred. In March of 2019, Heusgen compared rockets fired at Israel by the terror organization Hamas to Israel’s destruction of homes owned by terrorists.

“We believe that international law is the best way to protect civilians and allow them to live in peace and security”, Heusgen had said, “and without fear of Israeli bulldozers or Hamas rockets.” This quote got him onto the Simon Wiesenthal Center’s list. When the Human Rights organization announced Heusgen might hit the list a few days ago, the Foreign Ministry in Berlin firmly rejected the accusation of antisemitism.

The small Jewish community in Germany and some conservative and liberal politicians have criticized Berlin’s anti-Israeli stance harshly during the past years. U.N. Ambassadors usually do not take their decisions alone. Heusgen’s superior, Foreign Minister Heiko Maas, keeps on condemning antisemitism in speeches, but has not stopped the latter at his own United Nations mission.

The definition of antisemitism includes singling out the only Jewish state in the world. This is the case at some U.N. bodies which pass more resolutions against Israel than against all other countries combined. Spreading conspiracy theories and false accusations against Israel, which anti-Israeli U.N. resolutions usually do, is also antisemitic, while fair criticism based on facts is not.

In its justification for adding Heusgen to its list of worst outbreaks of antisemitism, the Simon Wiesenthal Center also quotes Chanellor Angela Merkel. In 2008, she had said this in front of the Knesset: “The security of Israel is never negotiable for me as German Chancellor.” Back then, Merkel also stated support for Israel was raison d’etat. “It seems Heusgen never got the memo”, the Wiesenthal Center added to its justification for putting him on the list, the Jerusalem Post reported.

Christoph Heusgen is the first German diplomat to be added to the list. The German publisher Jakob Augstein was on it in 2012. Over the years, antisemites like Mahmoud Ahmadinejad, the former Iranian president, have been part of the list too. Great Britain’s Labour leader Jeremy Corbyn is on it this time. “No one has done more to mainstream antisemitism into the political and social life of a democracy than the Jeremy Corbyn-led Labour Party”, the Simon Wiesenthal Center said.

Christoph Heusgen entered Germany’s foreign service in 1980. He worked at the consulate in Chicago and the embassy in Paris before returning to Bonn and Berlin. More recently, starting in 2005, he was Chancellor Angela Merkel’s foreign policy adviser.

Related article: German Jews Comment on the Year 2019: ‘All I Want is Normality’