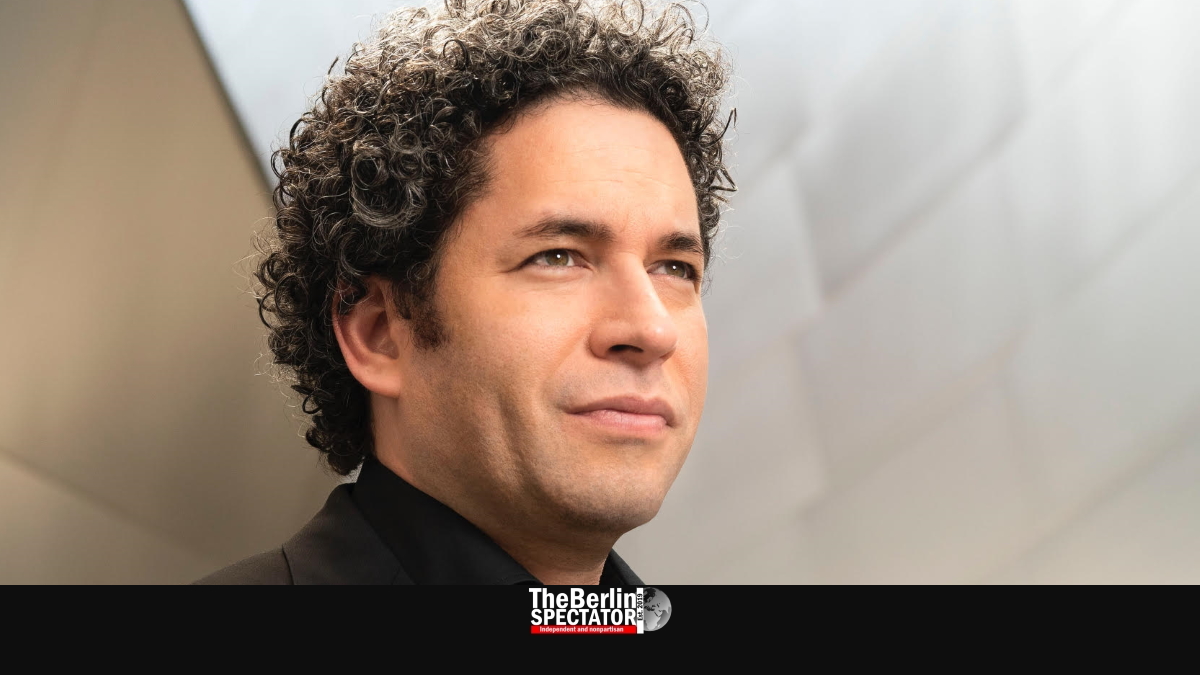 The Venezuelan conductor Gustavo Dudamel will return to Berlin in 2020. Under his guidance, the Berlin Philharmonic Orchestra will play Beethoven, Ravel and other stunning sounds during an open air concert in spring.

Gustavo Dudamel from Venezuela first conducted the Berlin Philharmonic Orchestra in 2008. He was only 27 years old at the time and delivered an unforgettable program of Spanish and Latin American compositions. On June 20th, 2020, his fourth Berlin concert is scheduled to take place.

‘The Creatures of Prometheus’

The promoters say they are expecting “another highlight in the mutual cooperation” between the conductor and the orchestra. Even though they might have overlooked the fact that cooperation is always mutual, they are definitely right about the classification.

During the year of Ludwig van Beethoven’s 250th birthday, which will include countless events in Germany, Dudamel and the orchestra will present excerpts of his composition ‘The Creatures of Prometheus’. The conductor also chose Igor Stravinsky’s ‘L’Oiseau de Feu’ (‘The Firebird’).

They will even ‘do’ John Williams. His piece ‘Summon the Heroes’ will be printed on the playbill. Dmitri Shostakovich is to be part of that very special open air concert in Berlin too. His ‘Age of Gold’ is a ballet in three acts and six scenes, which they will play an excerpt of.

Has anyone said “Latin American fire”? Oh yes. The Mexican composer Arturo Márquez is contributing his ‘Danzón No. 8’. The evening will be concluded by a brilliant classic, namely ‘Boléro’ by none other than the great Maurice Ravel. If all of this this isn’t an excellent choice, what is?

Gustavo Dudamel was born in the Venezuelan city of Barquisimeto in 1981. Early on, he became part of a national children’s musical education program in his native country. At age 10, he started playing the violin and studying composition. By the time he was 12, he conducted a youth orchestra in such a professional way that he was encouraged to study conducting.

At age 18, he became chief conductor at the Orquesta Sinfónica de la Juventud Venezolana Simón Bolívar, the main state-sponsored youth orchestra in Venezuela. In 2004, Dudamel won the first Gustav Mahler Conductor Competition in the German town of Bamberg. By 2006, his first CD was published on the famous label Deutsche Grammophon. The rest is history.