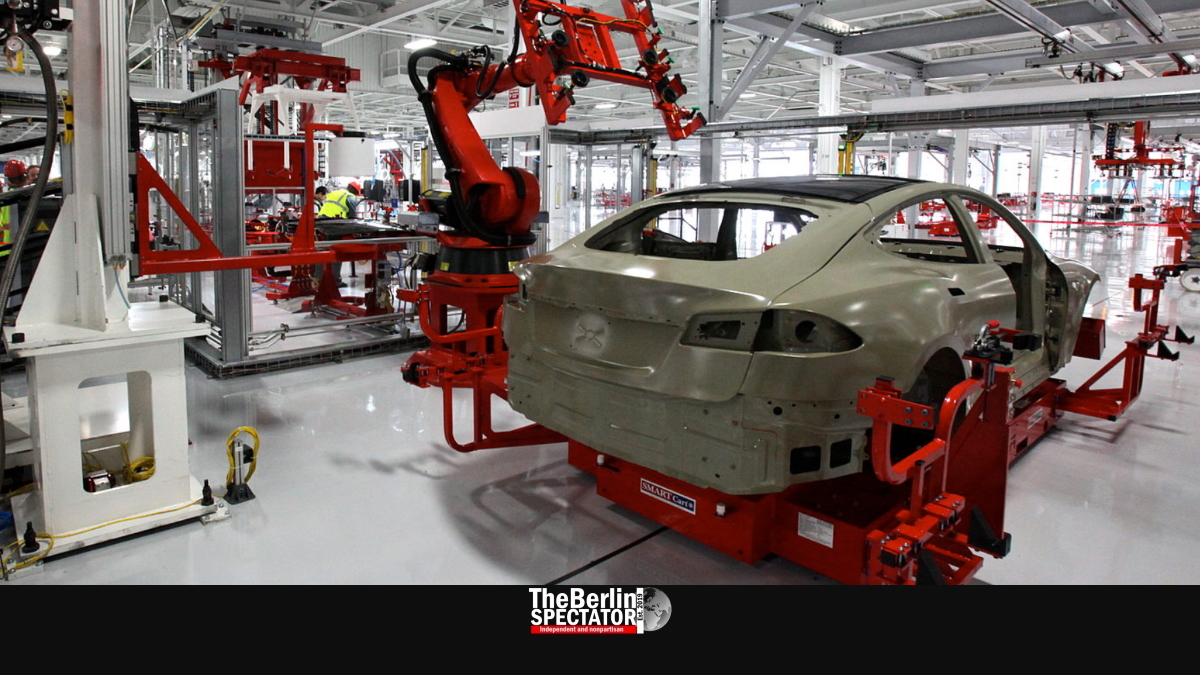 The federal government in Berlin is ready to help Tesla set up a factory outside Berlin, Commerce Minister Peter Altmaier said in an interview. According to him, the damage to Germany would be big if Tesla retracted its plan.

Germany is still very keen on the ‘Gigafactory’ Tesla said it wanted to build in Grünheide, a few miles from Berlin. In an interview with the Berlin-based ‘Tagesspiegel’ daily, Commerce Minister Altmaier said his ministry would help the Californian electric cars manufacturer if asked. It was unclear exactly what kind of help he meant.

In all of Europe, countries would welcome investments by people like Tesla’s CEO Elon Musk, Almaier said. Therefore his decision for Brandenburg province was a big success. The minister told the ‘Tagesspiegel’, he believed the ‘Megafactory’ just outside Berlin would indeed be built. Tesla’s decision to come to Germany was a big compliment for the country as a business location.

To his opinion, Germany needed to become as good at electric mobility as it was in the area of “classic propulsion technologies”, Altmaier stated. He also said he had encouraged Elon Musk to go ahead with that investment. In that newspaper interview, Altmaier sounded far more enthusiastic about Tesla’s project than the chairlady of his conservative party CDU.

Just three weeks ago, Annegret Kramp-Karrenbauer had said she was glad about Tesla’s plans for a factory in Germany, but a lot happier about successes of Germany’s own auto industry. In the meantime, Brandenburgs First Minister Dietmar Woidke recently established a ‘Tesla Task Force’ which is supposed to help Tesla implement it Brandenburg plans.

Depending on the information source, anywhere between 3000 and 10,000 people might be employed by Tesla in Germany. The construction of the ‘Megafactory’ will reportedly commence during the first half of 2020. By 2021, the compact SUV ‘Model Y’, other Tesla models and batteries are to be produced there.

According to First Minister Woidke, a Social Democrat (SPD), the negotiations with Tesla about the factory in Grünheide are ongoing. He pleaded for restraint during the process, even though there was time pressure. “The contract will be ready when it is ready”, he said on Friday.

In Brandenburg, the factory’s impact on the region will be discussed on Monday, according to German-language media. Also the needs towns and municipalities have in this regard will be a subject. Any findings will be communicated to the Tesla Task Force in Potsdam, Brandenburg’s capital.

Elon Musk had announced his plans to erect a factory in Brandenburg on November 14th, 2019, during a ceremony in neighboring Berlin. He had stated the ‘Megafactory’ needed to be built at a much higher pace than BER airport, which will be opened nine years late, on October 31st, 2020, just a few miles from Tesla’s construction site.