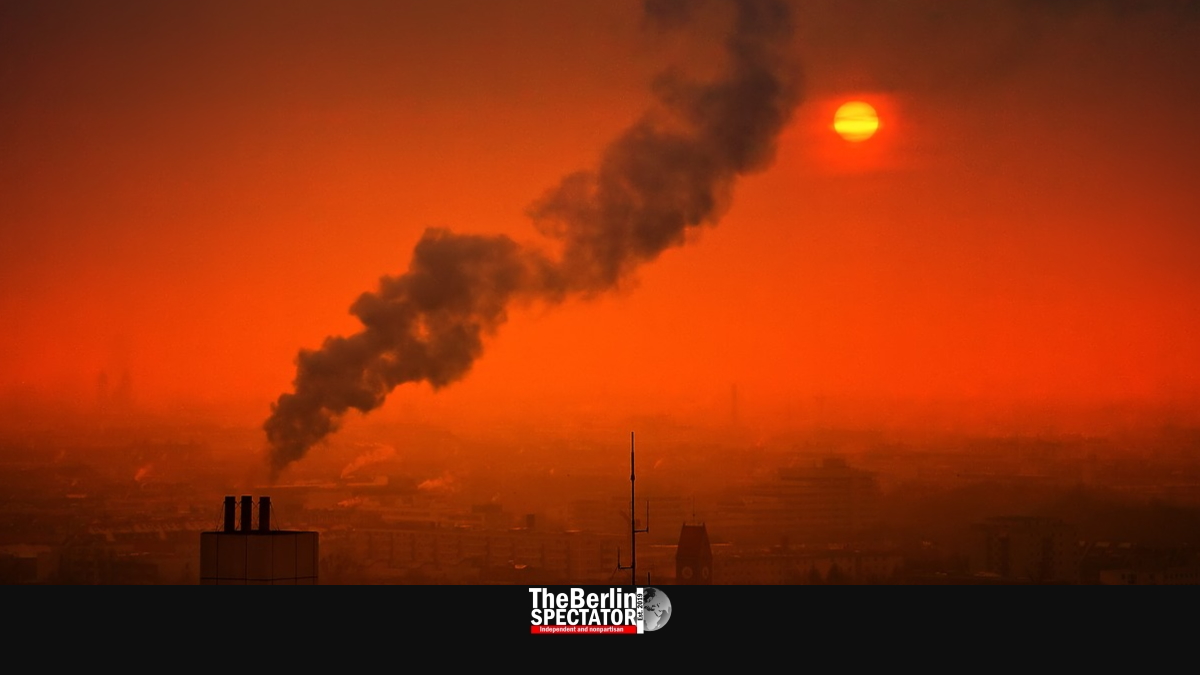 After an intense round of negotiations in Berlin, Germany has the final version of its ‘Climate Package’. The Berlin Bundestag and the Bundesrat will approve it before Christmas.

Chancellor Angela Merkel’s government and the governments of some of Germany’s federal states have improved the so-called ‘Climate Package’, a list of measures designed to fight global warming. The participants wanted a solution that would pass the Bundesrat, the legislative chamber which represents the provinces and city states.

The Greens Were the Key

Now the ball is in the Bundesrat’s court. It is supposed to approve the climate policies later this week. Earlier this evening, at a press conference in Berlin, Mrs. Merkel said everyone involved had done a good job. An acceptable solution had been found. In order to get the ‘Package’ through the Bundesrat, mainly the Greens had to be convinced.

Their leadership said the compromise was a step in the right direction. The Green party seemed to feel like a winner since it managed to get a CO2 price of 25 Euro (28 U.S. Dollars or 21 Pounds Sterling) per ton, instead of the initial 10 Euro (11 Dollars or 8.35 Pounds). This measure will reportedly kick in on January 1st, 2021. Just like everyone else, the conservatives were happy because they got a higher commuting allowance in return.

The new leaders of Merkel’s junior partner in her grand coalition, the Social Democrats, got what they wanted as well. They had demanded improvements and indirectly threatened they might leave the government otherwise. The negotiations had commenced on Sunday evening. Apart from the government they included the Greens because they have a lot of influence in the Bundesrat.

With the compromise Germany can finally decrease the VAT on train tickets from 19 down to 7 percent. That way fares will be lowered and the relatively green railways will become even more attractive for travelers. This measure is part of the ‘Climate Package’ as well.

A quick compromise was the goal since the Bundesrat is supposed to wave the ‘Package’ through on Friday, while the Bundestag will need to re-approve it before the Christmas holidays kick in, in order to avoid delays and other issues.

Participants said the negotiations had been tough, but productive. The Greens had demanded a much higher price for each ton of CO2 at first, while the Social Democrats had opposed any step in that direction, already knowing they would have to agree to some increase at the right moment. Merkel’s people from the CDU and CSU had the will to reach a quick breakthrough. Everyone knew it all depended on the Greens, due to the majority situation in several federal states and its implications in the Bundesrat.

The ‘Climate Package’ also includes an increase of flight ticket prices and an annual control mechanism for the country to see where it stands on the emissions. Until 2030, Germany intends to decrease its CO2 footprint by 55 percent, compared to the level in the year 1990. In the past years, the Germans were not too successful with the reduction they wanted to achieve.