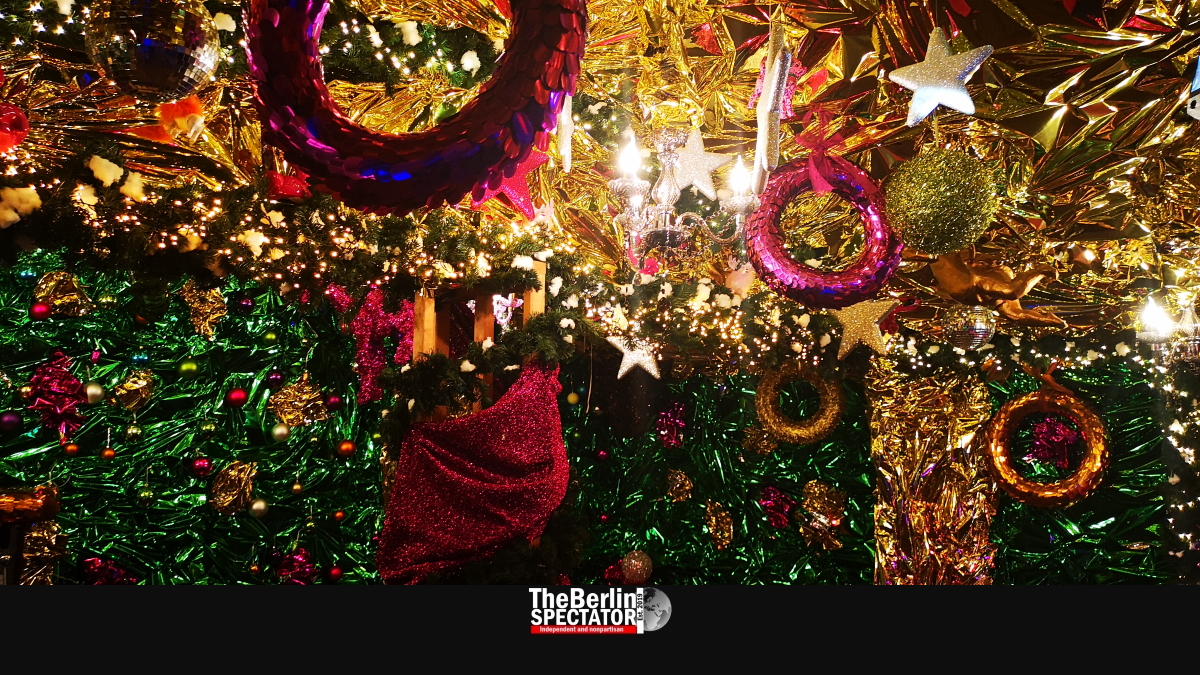 On Tuesday, German Christians were getting ready for one of the two most important holidays in their religion. Christmas traditions in Germany are partially distinctive.

Exactly 23 million Catholics, some 21 million Lutherans and 2 million Christians of other denominations were preparing for Christmas on Tuesday, along with millions of people who have turned away from the churches. Many Germans, especially in the more religious south of the country, attend Christmas services in thousands of churches, before they celebrate with their families. Even more German Christians, 75 percent of them, usually skip the church part.

Just like Christians all over the world, their fellow brethren in Germany sit down around large tables with their families, to be together and eat. The initial Christmas dinner often includes sausages with potato salad. It is a rather modest meal many German families consume on Christmas Eve due to an ancient Christian fasting tradition which used to end on December 24th.

But on the first Christmas Day, December 25th, German Christians eat very well. Their favorite meals for this occasion include roasted pork, roasted goose, Raclette cheese with vegetables or meat fondue. Of course there are many variations and many other meals Germans eat. They do so on their second Christmas Day too.

On both December 25th and 26th, there is no shopping in Germany. Just like on Sundays, all supermarkets, outlets, department stores, boutiques and other kinds of shops are closed. Only gas stations, some convenience stores and supermarkets located in large train stations open. What restaurants are concerned, most of them remain closed on the 25th and some on the 26th. Those who really want to eat at restaurants during Christmas may want to check Turkish or Arab ones.

Germans love their Christmas cookies and bake them themselves in many cases. Speculoos are among their favorite ones. Also they usually put up many lights inside and outside the house. Some people use so many chains of lights on their Christmas trees and balconies they need their very own nuclear power plant.

And yes, Germans like to listen to Christmas songs more than anything. These include both religious ones such as the German version of ‘Holy Night’ and Pop tunes like ‘Driving Home for Christmas’ by Chris Rea. Hundreds of thousands of Germans heed Rea’s advice, by going home for the holidays. For that reason, traffic around Christmas is usually bad. So is the number of train and flight passengers before and after the holiday.

All in all, around 78 percent of all Germans usually celebrate Christmas. They set up 30 million Christmas trees and eat billions of cookies. The trees seemed rather expensive this year in Berlin, where prices between 40 and 50 Euro (44 to 55 Dollars or 34 to 43 Pounds Sterling) per item seemed to be common. As opposed to Christians in other countries, Germans hate the idea of using plastic trees for the holiday of love.

In many German families, playing music together is popular. As many children learn to play flutes or other instruments at school, many can participate. Otherwise they sing.

Oh yes, the presents. After their Christmas Eve meal, family members give them to each other. To most children that moment is the highlight of the holiday. They will spend the rest of their school-free days abusing their new Playstations and Xboxes or playing with other new toys.

Christmas markets are another element of this holiday German Christians appreciate. Most Christmas markets close on December 26th. A few remain open until January 6th. This is the case in a large city most people know. What was its name again? Oh yes, Berlin.