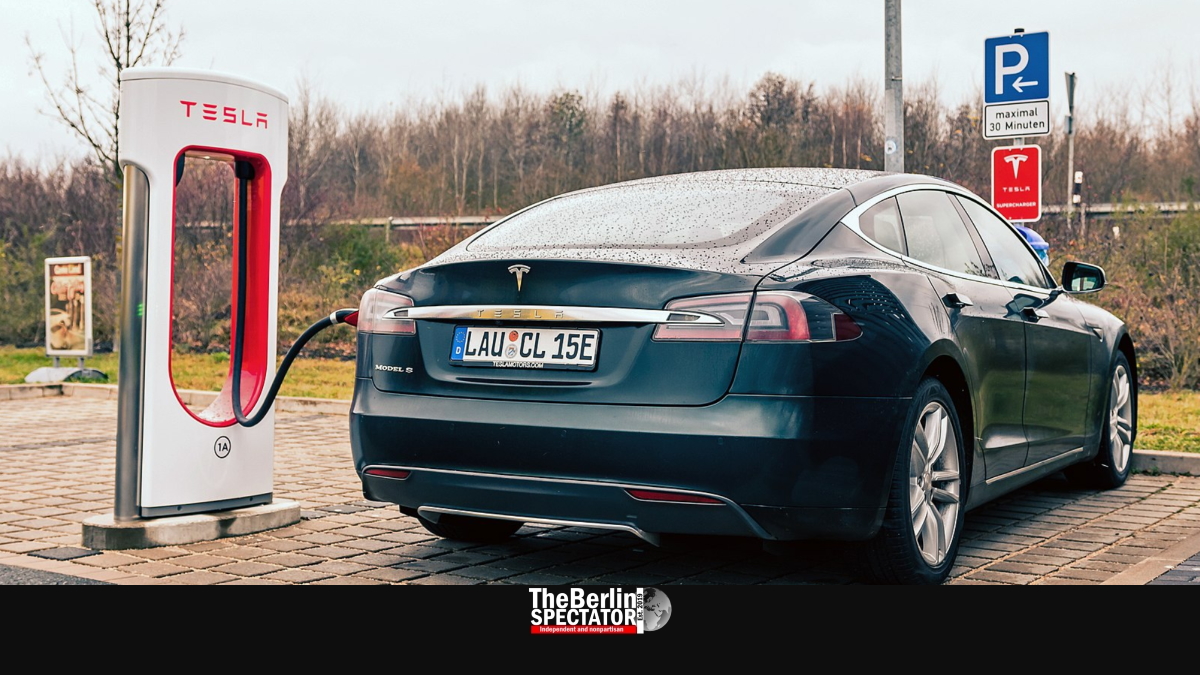 Tesla’s ‘Gigafactory’, which might be built in Germany’s Brandenburg province, will increase the American manufacturer’s European market share substantially. But apart from making vehicles, the company needs to look into the charger issue on the “old continent” too.

During the last three decades of the second millennium, there were huge qualitative differences between American-made cars and those made in Europe. They included technical aspects, the workmanship in the interiors, the economy and everything else.

A 1979 Ford LTD Country Squire may have had a lot of room and a far better sound than cars made in Germany or France, but it sucked away way too much gasoline and was not exactly fit to race into curves. These giant U.S. cars were like cruise ships. There are still differences today. All attempts by American manufacturers get into the European market have either failed completely or their success was as moderate as it is for Chevrolet today.

Then Tesla came along. Elon Musik showed the Germans how to make headway with electric cars. While the Europeans were talking, he became active and triggered the electric revolution in the auto industry. Once Tesla’s success became evident, the Asians got to work too, while engineers in Europe continued talking and testing.

By now, the Germans are building excellent electric cars in the luxury segment, including the Mercedes EQC or the Porsche Taycan. Regarding more affordable models, the Europeans did not manage to match the range Tesla’s models offered. Now they are just starting to put their answers to the Californian approach into their showrooms, almost a decade late.

No Supercharger in Berlin

No wonder Tesla’s market share is growing in Germany, the country which builds the most advanced Diesel and gasoline-propelled cars in the world. But the Californians need to do more. They know. That factory they want to build in Grünheide, just outside Berlin, can only be a first step. Another thing is the infrastructure.

Tesla drivers in the United States are spoiled by now. In Germany, they are not. Berlin does not have a single Tesla Supercharger. The next one is located in Blankenfelde-Mahlow, a village in Brandenburg province, 37 kilometers (23 miles) from Grünheide, where the ‘Gigafactory’ will supposedly be erected, or 24 kilometers (15 miles) from Brandenburg Gate.

In all of Brandenburg, there are only 5 Tesla Superchargers, meaning most owners of those fascinating vehicles from California will have to use ‘Destination Charging’ available at certain hotels or restaurants, but those chargers are for guests only. Or they will need their own private chargers.

Another option they have is to use public chargers for electric cars. But in Berlin the few stations available are usually blocked by rental E-Golfs. The situation is so bad that the only Tesla cab driver in the city is giving up now, according to a report by the ‘Bild’ tabloid. If it takes hours to find a vacant charger, there is an issue.

Regarding Tesla’s sales in Germany, they are generally increasing, but also jumping up and down in an uncontrolled way. In November of 2019, only 280 new Teslas were registered in the Federal Republic. That number is a lot lower than in should be, considering the more affordable Model 3 has been available for a while now. On the other hand, there is a sharp increase of 129.5 percent compared to November of 2018.

From January through November of this year, 9,581 new Teslas were registered in Germany. The number rose by 432 percent since last year, but the sales could have been better under normal circumstances. Tesla still seems to be following a priority approach in Europe.

This means, they are reportedly sending all cars they have to the Netherlands as long as that country’s government still sponsors electric vehicle purchases with huge amounts. The program will end soon. As a result, sales in neighboring countries like Germany suffer. But aspects of this kind will be a thing of the past once that factory in Grünheide is in service.

At this stage, an implementation of the plan is still not guaranteed. While Germany’s Commerce Minister Peter Altmaier believes it will happen, Tesla turns out to be unpredictable. The ‘Tagesspiegel’ daily reports, the Californian company had officially pulled out of the Grünheide project a few months ago, just before jumping back into it a few days later.

As we know today, Elon Musk’s announcement in Berlin was preceded by long negotiations. Recently, the province of Brandenburg established a Tesla Task Force to facilitate the implementation of the Grünheide project, just outside the European capital without Superchargers.