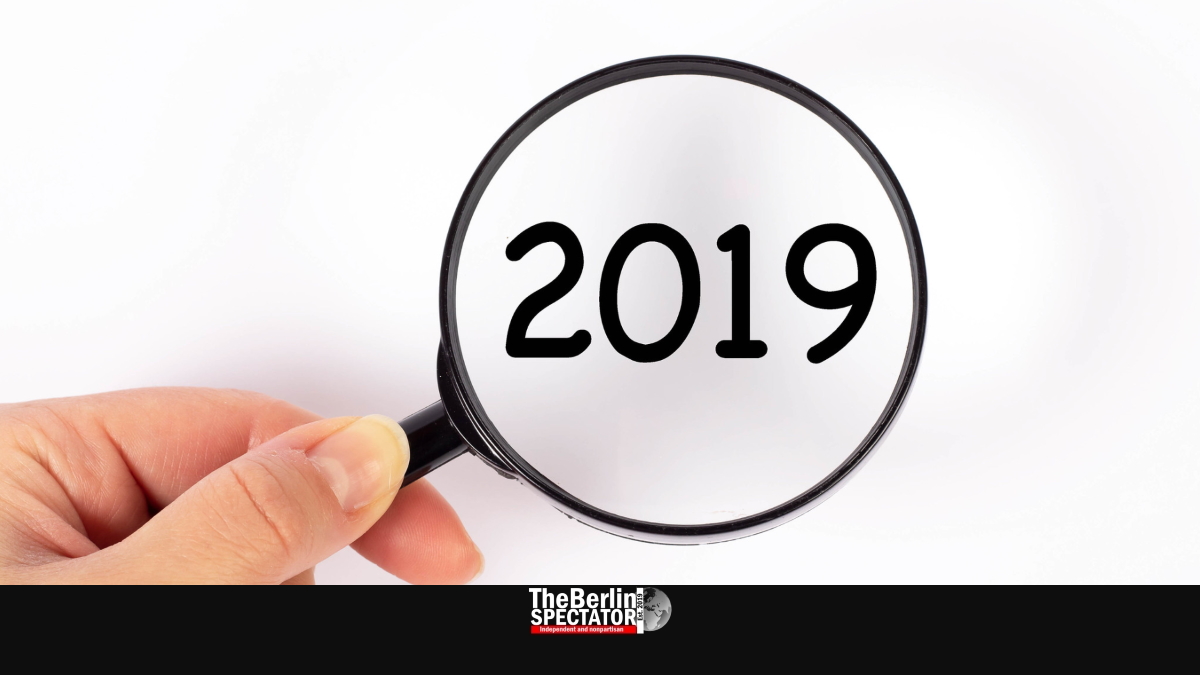 Each year, there are stars who do the right thing, people who at least say the right things and individuals who come up with brilliant ideas. Unfortunately there are also contemporaries who talk BS and screw things up. These are ten examples.

After endangering the government coalition a year ago, by taking an almost radical position against migration, Germany’s Interior Minister seems to have performed a 180-degree turn in 2019. He said the country needed to accommodate refugees saved in the Mediterranean. Seehofer also wants to fire far-right extremists who work for German authorities.

Andreas Scheuer: Your Autobahn toll gamble lead to a disaster even some of your own people at the CSU party convention criticized. Now you say you want to turn Germany into a “bicycle country”, in an attempt to make people forget the scandal. You crashed your credibility into a concrete wall. It is too late to try to look good.

Berlin’s Governing Mayor Michael Müller has been extremely busy in 2019. He performed well at all of those anniversaries, including that of the fall of the Berlin Wall and the 70th anniversary of the end of the Berlin Air Lift. At the same time he successfully kept his coalition together, in spite of weird demands expressed by both the Greens and ‘The Left’. Still he was treated like a doormat by certain media and others. Michael Müller would have deserved more respect.

Many kept on bullying you this year. The fact of the matter is that they envy you for your courage and dedication. Your critics know what kind of influence you already have on environmental policies in Europe and they wish they could say the same about themselves. What you do matters a lot. You have the respect of millions around the world.

In 2019, you have been trying gain the kind of influence Fridays for Future has, by annoying residents of many cities. Your action looks like you want to promote yourself more than policies against climate change. The “citizens’ assemblies” you want to set up already exist. They are called parliaments and you took part in their elections. Give us a break.

No, Noam Chomsky. The “Palestinian freedom” you are talking about in that newsletter sent out by the so-called ‘JVP’ is not being prevented by Israel, even though this conspiracy theory is very popular among antisemites. The Palestinian leaders are the ones who are putting their people in harm’s way and who are exploiting them. They could have had their own state decades ago had they not chosen hate over peace. Noam, just stick to your linguistics and whatever else you do, instead of supporting hatred and terrorism.

Yes, Jean-Paul ‘Bluey’ Maunick. You are still keeping ‘Real Music’ alive, 40 years into your life project Incognito. British Jazz-Funk and Soul at its best can be heard on your 2019 album ‘Tomorrow’s New Dream’. The instrumental ‘Say What’s On Your Mind’ is breathtaking!

Beethoven, you are the Cadillac of composers, 250 years after you were born. You went through hard times during your lifetime and delivered like nobody else. Much later, in 2020, an entire year is being dedicated to you. You are the good German, the brilliant composer, the superstar. Even aliens might be listening to your Fifth.

Katharina von Schnurbein has one of the most difficult jobs in Brussels, as the European Commission’s Coordinator on Combating Antisemitism. Still she managed to convince. “Given our history, we know when antisemitism is on the rise something bigger is going on”, von Schurbein accurately said this year. She even made it into the ‘Algemeiner’ publication’s ‘Jewish 100’ list.

As Minister of Defense, she was constantly under pressure, because of failing weapons, aircraft and ships, radical right-wingers in the armed forces and expensive contracts signed with advisers. Then Ursula von der Leyen was suddenly taken out of there, when she got a rather big promotion. As the new President of the European Commission, she made the fight against climate change a top priority. And she knows she needs to deliver.