Berlin: An Armed Assault that Might Not Have Happened 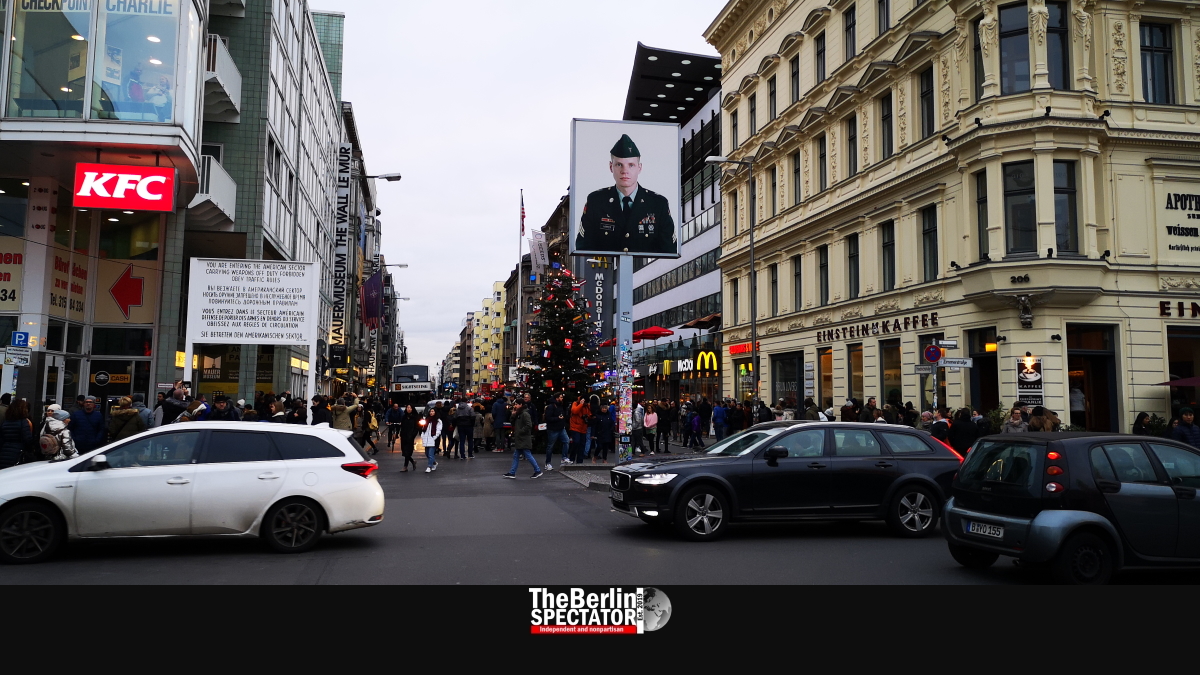 On the second-last day of the year, police were called to Checkpoint Charlie in the heart of Berlin, because of an armed assault at Starbucks. Now it turns out nothing much happened.

At around noon on Monday, phone calls alarmed the Berlin police. According to witnesses, shots were fired at Checkpoint Charlie in the center of Berlin, where thousands of tourists go every single day of the year.

Decades after the Cold War, Checkpoint Charlie is still very American, in the sense that McDonald’s and KFC are just a few steps away. The same applies to Starbucks. This is where callers reported an armed assault. Police rushed to the scene. A special deployment commando vacated and secured the area.

From 1:20 p.m. to later in the afternoon, nobody was allowed to enter the area around Checkpoint Charlie, one of the most important sightseeing spots in Berlin. But the only item police detectives found on site, at the intersection of ‘Kochstrasse’ and ‘Friedrichstrasse’, was an empty shell from a blank gun.

Witnesses told police a man had been standing at that same spot, shooting that gun. But, according to them, he did not threaten anyone. The suspect was not identified or found. But once the police officers on site pieced the puzzle of information together, they came to the conclusion that there was no armed assault at Starbucks or elsewhere around Checkpoint Charlie.

Was there an “attempted assault”? Did that unknown person just shoot in the air because he wanted to match the noise of the firecrackers many Berlin residents illegally lit a day before New Year’s Eve? What exactly happened? The detective squad is on the case.

During yesterday’s police operation, the U-Bahn line no. 6 was not allowed to stop at ‘Kochstrasse’ station. A bus line was rerouted. The entire effort was enormous, with dozens of police officers on site. It looks like that man with the alarm gun, if he was ever there, scared pedestrians.

On the other hand, some witnesses who were present at around noon on Monday said they had not noticed any shots. The different accounts they got from witnesses did not exactly make things easy for Berlin’s police. The question they are trying to find answers to has not changed since Monday: What, if anything, happened at Checkpoint Charlie?

Just a week earlier, a false terror alarm at a Christmas market at ‘Breitscheidplatz’ had led to a large police operation and evacuations.