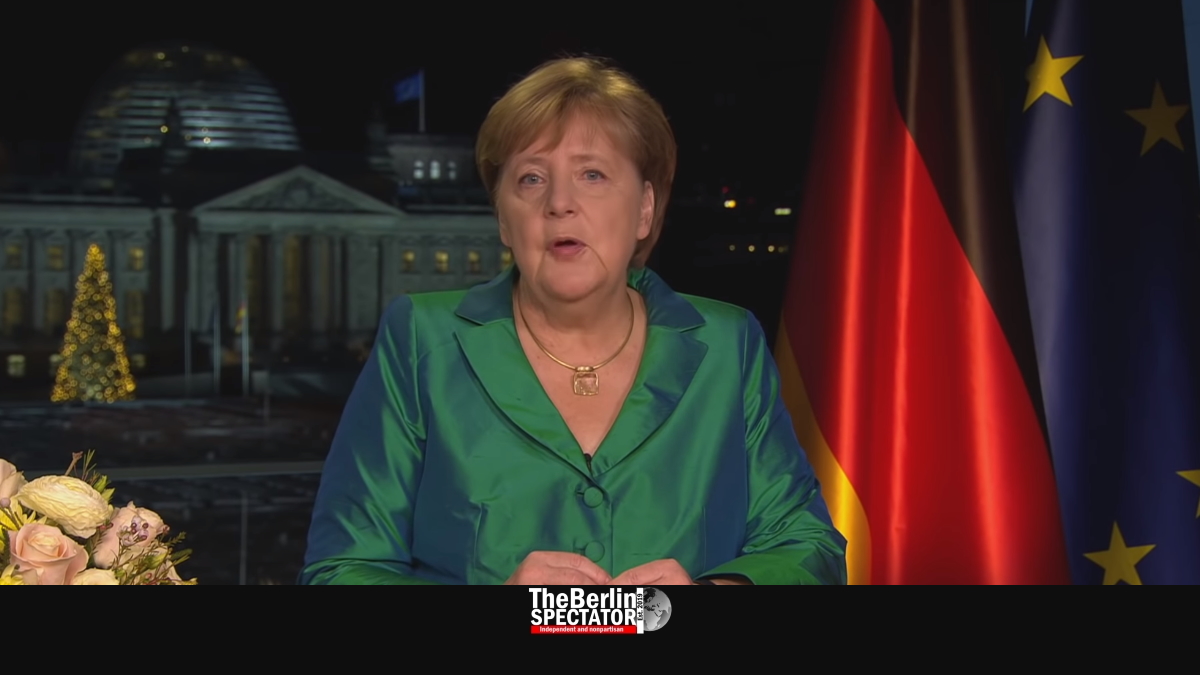 Both Chancellor Angela Merkel and Berlin’s Governing Mayor Michael Müller delivered their traditional new year’s speeches today. While Merkel mentioned a long list of subjects she intends to work on, including the fight against global warming, Müller said he wanted to give a high priority to housing in 2020, Berlin’s gravest problem.

In her televised speech Merkel stated climate change was real, man-made and threatening. Because of her age, she would probably not experience the gravest consequences of global warming, she told the Germans. Everything humanly possible needed to be done in order to meet this challenge for humanity.

The Chancellor also thanked local politicians and others who had taken responsibility in Germany in 2019. And she mentioned a big problem Germany has, namely hatred. The state needed to protect its citizens against violence, racism and antisemitism. Migration was yet another subject she talked about. A cooperation with African states was important in this regard.

“The 2020 can be good years”, Merkel stated. Germany needed to use its strengths to make sure they would. She stressed it was important that people had good and safe jobs in the future as well, and pensions they could rely on. Digitization included challenges that needed to be met.

The courage for a new kind of thinking was necessary and the power to leave known paths in order to try new ways of doing things. In addition there needed to be the determination to act quickly. In this regard, Merkel referred to one of Germany’s weaknesses: Its regulations overkill is known to slow things down.

In the meantime, Berlin’s Governing Mayor Michael Müller announced in his new year’s speech, the city state would concentrate on the housing policy in 2020. Building new apartments, buying them and capping the rising rents was the right way. Müller asked Berlin’s inhabitants to support the construction of apartment blocks.

All residents needed to benefit from Berlin’s successes, the Governing Mayor said. He mentioned the Senate’s latest steps, including the increase of Berlin’s minimum wage and the support families would receive through free meals at primary schools, the free public transport ticket for pupils as well as inexpensive tickets for apprentices.

“Our city is developing very well”, Müller stated. It was a place of longing for people in all parts of the world. Berlin’s economy was continuing to grow, employment was strong. Traditional companies invested hundreds of millions in Berlin, new ones, such as Tesla, were joining them. Müller told Berliners he wanted the city state’s future to be “digital and social”.

Berlin: An Armed Assault that Might Not Have Happened