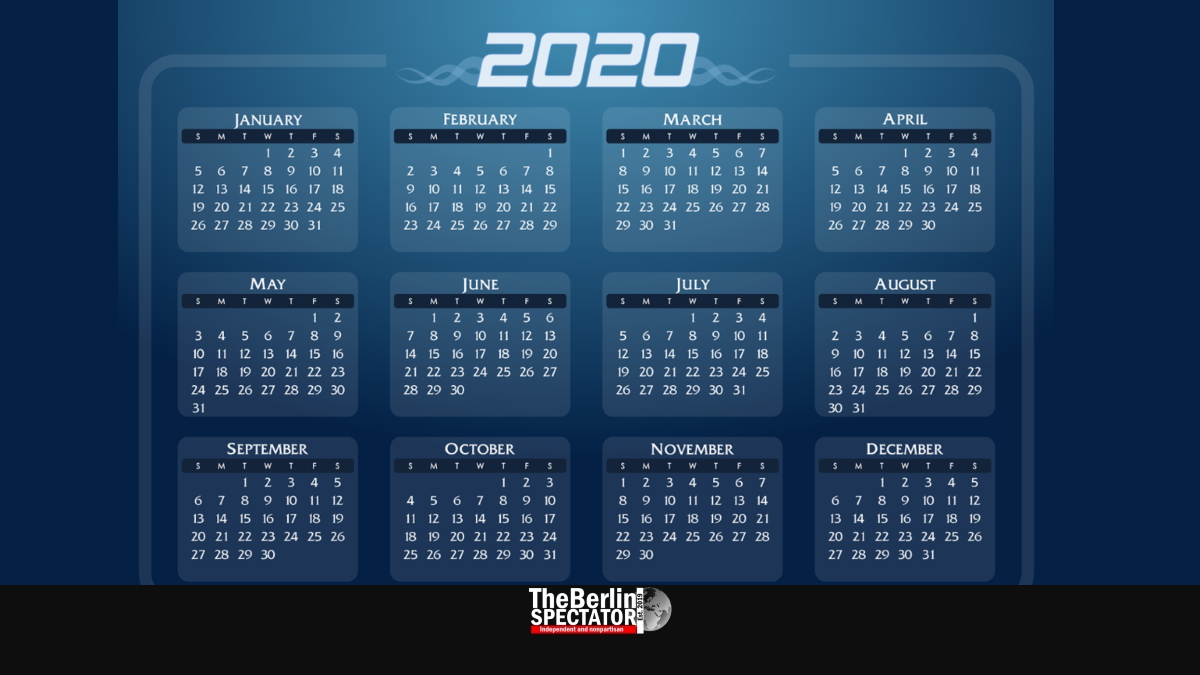 The impossible will be achieved in 2020. It will also be commemorated. The year of the impossible itself is not only possible, but a fact. If it wasn’t, it would not have started today.

It is the year 2564 in the Buddhist calendar, the year 1441 in the Islamic one and the year 5780 according to the Hebrew calendar. The French Revolution calendar gives us the number 228 and the Hindu ‘Vikram Sambat’ calendar says 2076. Just subtract 56 from that number and you will get to our year 2020.

The question whether the 2020s are as wild as the 1920s will be answered in ten years from today. But there are foregone conclusions regarding things that will be achieved in 2020. Unfortunately, at least one great project, an impossible one, initially set to happen in 2020 was dumped.

ESA and NASA were going to get their Europa Jupiter System Mission off the ground. The plan was to send two to three probes to Jupiter’s moons in order to find answers to important questions: Is there water on Europa and Ganymed? What in the hell are those volcanoes doing on Io? That kind of thing.

This mission impossible also had an impossible price tag in the amount of 4.45 billion U.S. Dollars. So the whole thing became impossible after the main payer, NASA, was forced to adapt to a much smaller budget. The final frontier and its secrets will still be researched in 2020, but on different levels. No, we will not go to Mars this year either.

The Impossible in Brandenburg

But 2020 is the year in which aircraft, lots of them, will be flying to and taking off from Berlin’s new BER Airport. The inauguration will not be celebrated much because the nine-year delay of the airport’s completion is far too embarrassing. People are not supposed to be reminded of it. But that airport will open on October 31st, 2020. That is what they say anyway.

So, the impossible will hit Schönefeld, a town in Brandenburg province, in 2020. A few miles to the north, in a city called Berlin, the Humboldt Forum will be inaugurated once its first exhibition opens in spring. In Everett (Washington state), Boeing intends to make the new model 777X fly. The 737MAX is impossible to fly. Let’s hope the 777X won’t.

On February 23rd, the Greens in Hamburg might overtake their coalition partner SPD in elections for the legislative assembly up there. If they manage to achieve the impossible, they will likely be the ones to send a new First Mayor into the port city’s nice City Hall. Her name would be Katharina Fegebank.

The year of the impossible will also feature many anniversaries. Two of them are connected to the end of WWII and the Holocaust. On May 7th, the 75th anniversary of the unconditional surrender of Nazi Germany will be observed. On January 27th, the liberation of Auschwitz is being celebrated, 75 years after it took place, while millions of Holocaust victims will be commemorated. The Allies finally managed to do the impossible. They ended fascism, the war and the genocide.

Important events will be happening overseas too. On November 3rd, 2020, the next President of the United States is scheduled to be elected. Especially in this case, tens of millions of Germans and Europeans, including conservative ones, are hoping for a change at the White House, a change that would likely affect them too.

At the Berlinale, Berlin’s International Film Festival, an impossible number of Golden Bears will be given out to actors, directors and others who have contributed to the film year 2019. The German equivalent of Hollywood’s Academy Awards begins on February 20th and ends on March 1st, 2020.

Hundreds of athletes are already dreaming of the impossible, Olympic gold medals, as they are getting into shape by running through parks with their iPods and by training like crazy in all parts of the world. The Summer Olympics, this time in Tokyo, will take place from July 24th to August 9th, 2020. Millions of Europeans, including Berliners and other Germans, will be following the event in front of big screens in air-conditioned living rooms all over the place.

And, finally, 2020 features round birthdays of many artists of different kinds who accomplished the impossible, including Ludwig van Beethoven. His 250th birthday in December will be accompanied by an entire year of Beethoven events.