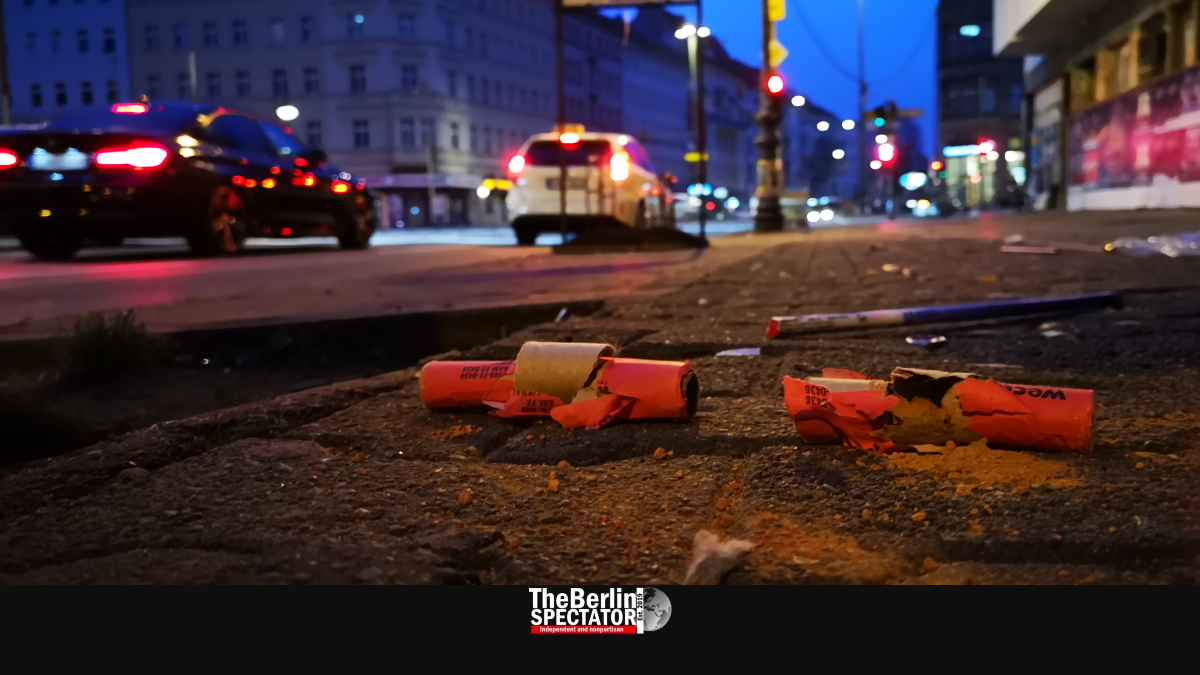 In Berlin, millions welcomed the new year at countless parties. The largest one in Germany took place at Brandenburg Gate. At the same time, countless fires needed to be extinguished. People were attacked and badly injured in firecracker accidents.

While hundreds of thousands of people celebrated the arrival of the new year at Brandenburg Gate, where several bands played for them for free, Berlin’s police and firefighters were extremely busy. The fire brigade had as many as 1500 people on duty, three times as many as usual. Those included members of the fire service, the technical emergency service as well as the volunteer fire department.

Two hours into the new year, by 2:00 a.m. on Wednesday, they had already responded to as many as 543 emergencies and 284 fires. Many of those were extinguished way before midnight. The fire department’s response time increased substantially, as more and more fires were reported. Some of them were big. During a chaotic night, some firefighters were attacked by drunk individuals. All in all, the fire brigade was called 1523 times until 6:00 a.m., including their ambulance crews. There were 617 fires. In 24 cases, emergency personnel was attacked.

Police in Berlin successfully enforced two firecracker bans, one at ‘Alexanderplatz’ and the other one in the ‘Schöneberg’ quarter where officers had been attacked by intoxicated mobs during New Year’s Eve parties in the past few years. As many as 550 police officers were in charge of the ban zones. Several groups of people had tried to bring pyrotechnical items into those two zones, but police officers had thwarted those plans, a spokesman stated.

The Berlin police department had an additional 2000 officers on duty, on top of the regular number of officers. And the enforcement was needed, also to protect the big new year’s party at Brandenburg Gate. Here, the entrances to the party area were closed before 10:00 p.m. because the place was already overcrowded.

During the entire night, police reported cases in which firecrackers were thrown at passers-by deliberately. Even children became targets. One lady was hit in the face and injured. In Henningsdorf, located in neighboring Brandenburg province, a school building was badly damaged in a major fire. Whether this fire had anything to do with firecrackers, fireworks or New Year’s Eve is unclear at this stage. At Brandenburg Gate, four individuals were arrested for sexually assaulting women.

Doctors and nurses in hospitals were busy as well. In Berlin’s Marzahn district, a man was in surgery after he had lost three fingers while lighting an illegal Polish firecracker purchased on the black market. According to a spokesperson from Berlin’s accident hospital, a total of fifteen badly injured individuals had to be treated. In one case, a person lost an entire hand. Thirteen people had been in surgery during the night.

Apart from these despicable crimes and the fact that many party people needed to be sent away, the New Year’s Eve party at Brandenburg Gate was successful. The Swedish band Mando Diao rocked the city. So did ‘Schlager’ singer Kerstin Ott and other artists.

Tight Security at the Gate

Security at the Gate was tight. At all six entrances to the party area, people were checked and searched. They needed to wait in line for up to an hour. The police said Germany’s largest New Year’s Eve party had been mostly peaceful.

Public transport was available throughout the night. Both the BVG and Deutsche Bahn, Berlin’s major public transport providers, threw their regular business hours regulations overboard and transported party people back and forth all night long.

Now that the smoke has settled, Berlin’s city cleaning department BSR is becoming active. A total of 1400 employees will be responsible for one thing, namely cleaning up the mess.