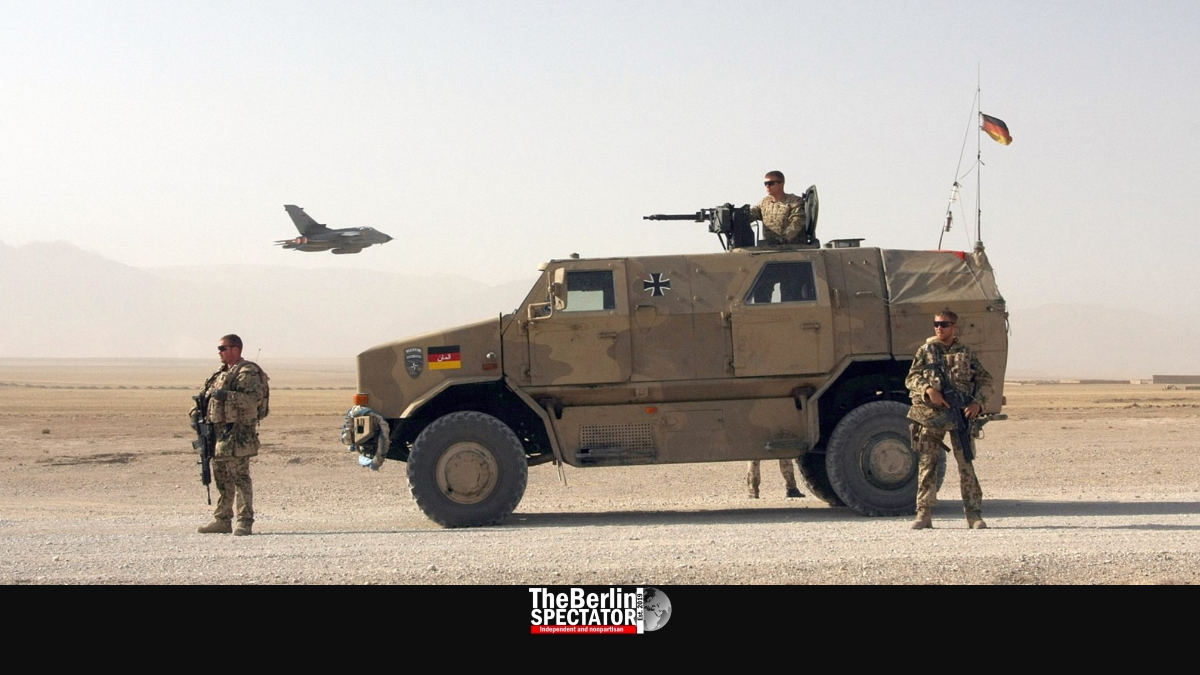 Due to fears of an Iranian retaliation after the killing of commander Qasem Soleimani in a U.S. drone strike, training programs the German Bundeswehr is running in Iraq were just suspended until further notice.

After the U.S. killed the Iranian major general Qasem Soleimani and the Teheran regime’s man in Iraq, Abu Mahdi al-Muhandis, in an airstrike at Baghdad’s airport, the Bundeswehr, Germany’s armed forces, suspended a training program for Kurdish security officers and the central Iraqi government.

The coalition of several countries which is fighting the so-called Islamic State took this decision due to safety concerns. A statement said the measure included all training activities of this kind in all of Iraq. Their suspension is only part of several safety measures. The movement for military personnel in Iraq was restricted.

In Germany, the American military operation that killed Qasem Soleimani is being criticized in spite of and the danger he posed in the Middle East and beyond. He was commander of the Al-Quds Brigades. Just days before the drone strike ordered by U.S. President Donald Trump took place, Soleimani’s followers had stormed the U.S. Embassy in Iraq.

According to the Pentagon in Arlington (Virginia), Qasem Soleimani was directly responsible for the killing of 608 U.S. soldiers during the latest war in Iraq and other operations that brought death and danger to many. The Al-Quds Force is extending Iran’s influence and spreading the Islamic Revolution, along with terror, throughout the region.

Soleimani was also linked to terror attacks outside the Middle East, including the 1994 bombing of a Jewish community center in Buenos Aires, in which 85 people died and hundreds were injured. In 2012, he was allegedly involved in a suicide attack at Burgas Airport in Bulgaria. Five Israeli tourists and one Bulgarian driver were murdered on a shuttle bus.

U.S. Defense Secretary Mark Esper told the Iranians to end their “malign activities” and made clear America would “not accept the continued attacks against our personnel and forces in the region.” He threatened the U.S. would react to attacks “with responses in the time, manner and place of our choosing.” The killing of Soleimani was a response of that kind.

Within ‘Counter Daesh’, the coalition against the Islamic State, 415 German Bundeswehr soldiers are deployed in the region, at this stage. Almost 90 of them are part of the training mission for the Kurds in northern Iraq, 27 are training Iraqi forces close to Baghdad. A total of 280 German soldiers are in Jordan, with ‘Counter Daesh’ command.

‘Assassination is Declaration of War’

The German Greens demanded an evacuation of all German troops in Iraq. Sticking to the mission in Iraq would be irresponsible, party leader Annalena Baerbock said.

In the meantime, German commentators blasted the U.S. drone strike that killed Suleimani. The ‘Zeit’ weekly wrote, the “assassination” was a declaration of war. The publication failed to say that the war Iran is waging against the U.S., Israel and others was already there. The action “might turn out to be a big bêtise”, the comment continues.

To the opinion of the ‘Zeit’ commentator it was Trump who “escalated this conflict substantially”. Also Suleimani’s successor could be “dumber, more chaotic and more brutal”, the German-language piece reads. After mourning the general, Iran “might unleash attacks against targets in the Middle East.” Trump needed to be prepared for this possibility.

The Berlin Perspective: Nightmares, Dysfunctions and Toothaches in 2020