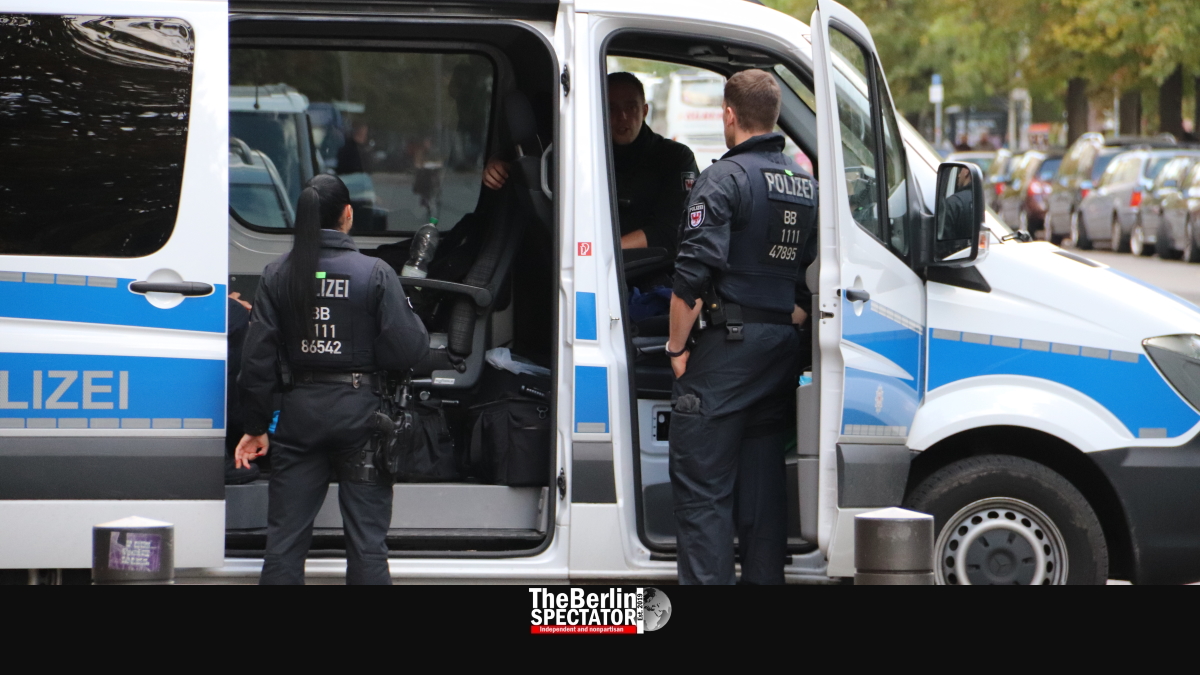 Authorities in Germany are reassessing the threat situation within the country, after the United States killed the Iranian general Qasem Soleimani in a drone strike. More protection for American and Israeli establishments might be necessary.

The Federal Criminal Police Office in Germany is assessing the new situation after the Baghdad drone strike that killed Qasem Soleimani, the leader of the Al-Quds Brigades, in Baghdad. It looks like the attack will have consequences. On Sunday, the German-language ‘Welt am Sonntag’ weekly quoted a spokesperson from the Interior Ministry in Berlin who said the threat situation concerned both American and Israeli establishments.

Once the new threat level was established, it will be forwarded to Germany’s sixteen federal states, according to ‘Welt am Sonntag’, so that they can implement protective measures. The American embassy in Berlin is being guarded very well, by both American and German officers. The situation is similar at the five U.S. consulates in Düsseldorf, Frankfurt, Hamburg, Leipzig and Munich.

Israeli and Jewish facilities such as the Israeli Embassy, the consulate in Munich, synagogues and schools are being protected with a lot of effort too. The protection level at virtually all Jewish facilities was increased after the deadly Nazi attack in Halle in October. Apart from the German police, Israeli security experts and officers are involved. The rising antisemitism and the terrorist threat, including the kind of terror Soleimani was involved in, makes elaborate security measures necessary.

“The escalation in the Middle East could lead to terror attacks in Western Europe as well”, Armin Schuster, the head of the parliamentary control committee, told ‘Welt am Sonntag’. He is not alone with that kind of assessment. But even before the U.S. drone strike that killed Soleimani, the terror threat was high.

On Saturday, Germany’s Foreign Minister Heiko Maas said the situation had become “more unpredictable”. In an interview with the ‘Bild’ daily, he said one of the dangers was an “uncontrollable spiral of violence”. After the drone strike, it was even more difficult to reduce tensions.

Maas told ‘Bild’ it was Germany’s goal to avoid an escalation into war, to preserve the stability in Iraq and the country’s integrity, and to make sure ISIS did not gain ground again in this situation. He said he had discussed the situation with the European Union as well as his colleagues in France, Britain and the United States.

A few hours earlier, U.S. Secretary of State Mike Pompeo had accused the European partners of not supporting his country’s efforts in the Middle East persistently enough. “Frankly, the Europeans haven’t been as helpful as I wish that they could be”, Pompeo had told Fox News. “The Brits, the French, the Germans all need to understand that what we did, what the Americans did, saved lives in Europe as well.”

Earlier, Germany’s armed forces had suspended their training activities with the Kurds and the central government’s troops in Iraq, until further notice. Some German politicians are demanding an evacuation of all German troops from Iraq.

In the meantime, some 100 individuals staged an anti-American protest in front of the Iranian Embassy in Berlin on Saturday. They included extremist left-wingers from Germany and supporters of the Iranian regime and terror organizations it supports, including Hezbollah and Hamas. They accused the U.S. of being a terrorist state after the killing of the chief terrorist they admire.