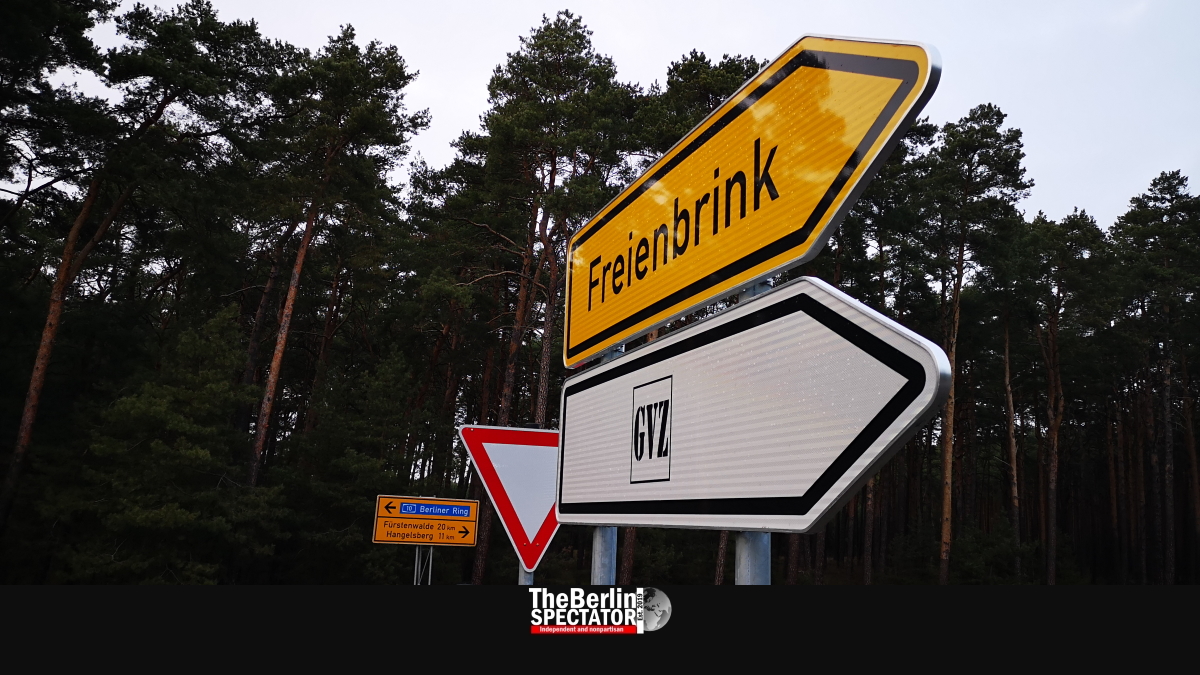 The approval procedure for a giant factory the American electric car manufacturer Tesla wants to build in Germany’s Brandenburg province was just started. Within six months, the construction is supposed to commence.

On a Sunday afternoon in early January, a Tesla Supercharger in Dahlewitz, a sleepy village in Brandenburg province, is empty. Not a single Tesla is in sight. Chances are this picture will change rather soon. Dahlewitz is located only 21 miles (34 kilometers) from the modest industrial park of Freienbrink, which is part of the municipality of Grünheide.

Here, two German supermarket chains, namely Edeka and Lidl, have logistics divisions. A gardening and landscaping firm is offering its services and there are two gas stations that Tesla will hardly need. At one of them, the operator’s dog scares potential customers away. At the other one, an automated gas station without personell, someone has spread a load of trash all over the premises.

If anyone wanted to shoot a movie with an apocalyptic scenario, this would be a great location. A bit further down the empty road, two mothers are talking walks with their children. Residents over here know exactly where the Tesla ‘Gigafactory’ is supposed to be built. And they are very friendly people.

So far, they have seen journalists asking the same question over and over: “Where exactly will the Tesla factory be built?” It looks like they will meet lumberjacks and men with bulldozers soon. Many of them. Tesla will increase the size of this industrial park substantially. Once the complicated bureaucracy Germany is known for was dealt with, thousands of small pine trees will have to be cut.

At this location, BMW was going to build a factory, years ago. But the project was dumped. Now it is Tesla. The area the ‘Gigafactory’ will use has a size of about 1.1 by 1.2 miles (1.8 by 2 kilometers). The location is actually perfect since the ‘Berliner Ring’ freeway is 2 minutes away. It connects Freienbrink to Berlin and the rest of Germany and Europe. A trip to new BER Airport, which is supposed to open on October 31st of this year, after a slight delay of 9 years, takes 22 minutes.

Tesla’s premises will contain numerous buildings, a test track, a huge parking lot, an area dedicated to delivery and its own railroad facilities. One giant building will be erected for the production of batteries and seats, another for the final assembly of the Model 3 and the Model Y. Also they will have a building for car body construction, a paint shop, a foundry and an enormous warehouse.

Grünheide’s mayor Arne Christiani knows things will change substantially with Tesla’s factory. He sees the endeavor as a great opportunity for the municipality. All he is asking is that the character of the latter is being preserved. Christiani has an idea of what it means to accommodate up to 10,000 Tesla employees.

Some will want to live right there in Brandenburg. They will need kindergartens, schools, large supermarkets and other amenities. By next year, Freienbrink might almost look like Berlin. At this stage, the air and the quietude down there are amazing. Not for long.

The pine trees that need to be cut do not know about their fate yet. Along a modest highway that connects Freienbrink to freeway no. 10, a metal fence marks part of the area for the factory. Close to a desterted intersection, a makeshift wooden sign in the ground says “Ende”. This German word for ‘end’ marks one of the corners of the premises Tesla is supposed to use.

One thing is certain: Tesla does not want to waste time. They intend to produce 500,000 vehicles per year right here in Brandenburg province as soon as possible. Tesla’s CEO is known for is bold ideas regarding the time frames for the implementation of projects. Judging from the pace at which his ‘Gigafactory’ in China was erected, is is pretty clear he will not want the construction workers in Germany to sit around and chat during long lunches.

In 18 months from now, in July of 2021, Tesla actually wants to start manufacturing vehicles in its European factory. The Californian company already published job offers for engineers on its website. Depending on the source, 8000 to 10,000 people might be employed right here in Freienbrink. At first, 3000 employees will be hired.

In the meantime, the rather small pine trees around the existing industrial park in Freienbrink will continue to move in the wind. Once Tesla gets busy in Brandenburg, the deserted Supercharger in Dahlewitz might turn into a busy place. Maybe Berlin will even get some chargers. At this stage, the number of Tesla Superchargers in the German capital is zero.