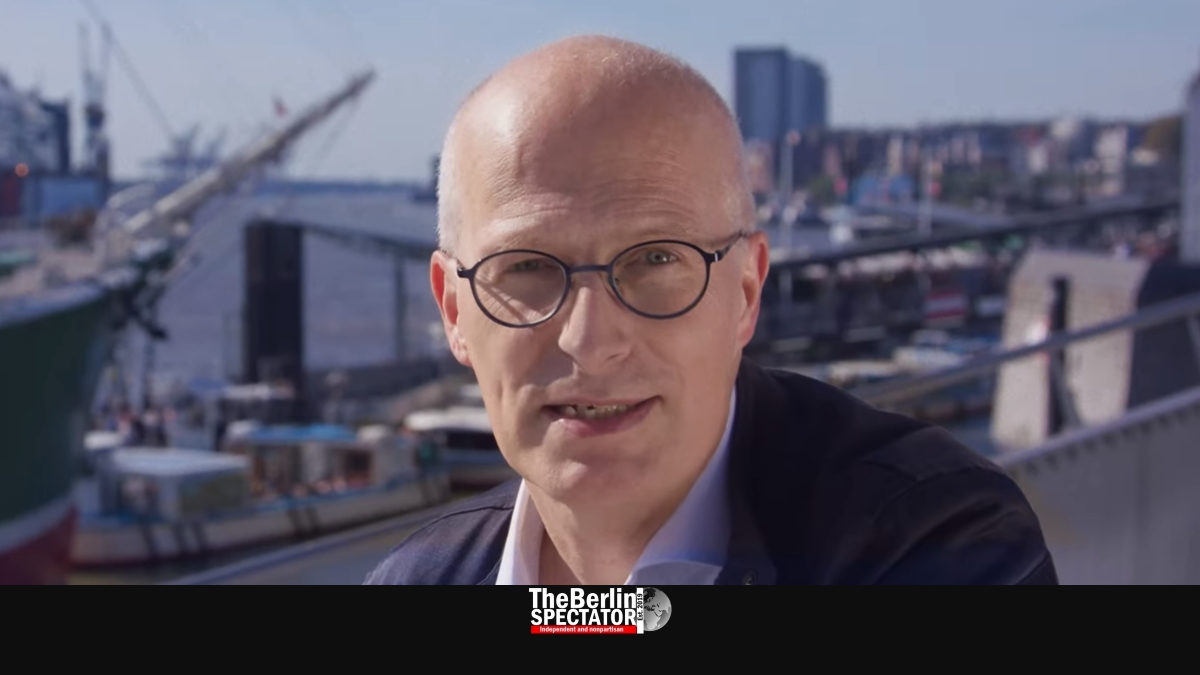 In Hamburg, the next state election is coming closer in big steps. First Mayor Peter Tschentscher, a Social Democrat, has a problem: His Green friends are overtaking him.

Hamburg’s First Mayor Peter Tschentscher is a doctor who knows about protein structures and microbiology. Similar to his colleague in Berlin, Governing Mayor Michael Müller, another Social Democrat, the politician Tschentscher does not exactly electrify his listeners like the late Max Brauer did. But he is likable and convincing to many.

When his predecessor Olaf Scholz had to move to Berlin in order to become Vice Chancellor and Finance Minister of the Federal Republic of Germany under Chancellor Angela Merkel in 2018, duty called. Peter Tschentscher, who had been Hamburg’s Finance Senator at the time, became First Mayor. This means he has not been elected First Mayor in any state election so far.

Everything could be so easy if there wasn’t a problem: Since the last elections, Hamburg’s SPD has shrunk like a porous balloon. In 2015, the party got 45.6 percent of the vote. According to the latest polls mentioned in German-language media, they are now at 29 percent. It may not be Tschentscher’s fault. Big tent parties are losing everywhere in Germany. On the other hand, this is Hamburg, a city state that is very different from the other 15 federal states this country has.

Hamburgers are mostly immune to extremist right-wingers, which is why the ‘AfD’ will probably not exceed 7 percent. Also Hamburg has been ruled by Social Democrats most of the time since WWII. In the past seven decades, there have been a total of three conservative First Mayors, and eleven Social Democrats, including Tschentscher.

But things might not stay this way. Another force, the Greens, want to take the big post away from him and form a green-red coalition instead of the red-green one Tschentscher is heading right now. His problem is not so much what that want to do, but rather the fact that they might actually succeed.

While the Greens, who are celebrating their 40th anniversary today on the national level, had a bit more than a quarter of the number of votes the SPD had in 2015, they are now on the same level as their coalition partner, namely 29 percent. In case they get only one vote more than Tschentscher, their candidate Katharina Fegebank will become First Mayor, and he will either have to become a Senator or go back to being a doctor.

On Wednesday, both the SPD and the Greens kicked off the final phase of their election campaigns. In his nice election campaign video, Peter Tschentscher sits down on a bench at ‘Landungsbrücken’, the nicest spot at the Port of Hamburg. And he does so on a sunny day, meaning he must have waited for that moment for a long time. The sun does not show itself that often in Hamburg.

With the new Elbe Philharmonic and ships in the background, First Mayor Tschentscher says no city was better to live in. Hamburg was young and dynamic. “We are tolerant and cosmopolitan”, he says. “As First Mayor, I want everyone to find their place in Hamburg.” A strong economy and a good housing policy is what he mentions in the video and his campaign speeches.

In an attempt to take the wind out of the Greens’ sails, Tschentscher keeps on stressing he intends to extend Hamburg’s public transport and bike lane network. He knows he has to nail this election. He is aware of the fact that this one really is about every single vote. Next year, Governing Mayor Müller will be facing the exact same problem in Berlin.

First Mayor Tschentscher has one single advantage in the latest polls. If there were direct elections for Mayor, 50 percent of all Hamburgers would choose him and only 25 percent Katharine Fegebank, the energetic, young Green hopeful. But this is not how the election works. Will his popularity save Tschetschner? This question will be answered on February 23rd after 6 p.m..

There is a lot at stake for the SPD and the Greens. Otherwise, the outlook would be rather positive for them. Some 60 percent of all voters in Hamburg are satisfied with the job they are doing together. To most residents, traffic and housing are the two biggest problems that need to be fixed. Both parties have vowed to do so.

In case Katharina Fegebank overtakes Peter Tschentscher, she will not have too many options regarding coalition partners. It would most likely be the SPD. The conservative CDU might only reach around 15 percent, if the poll results are accurate. Besides, their candidate Marcus Weinberg recently said he would rather team up with the SPD and the FDP than with the Greens.