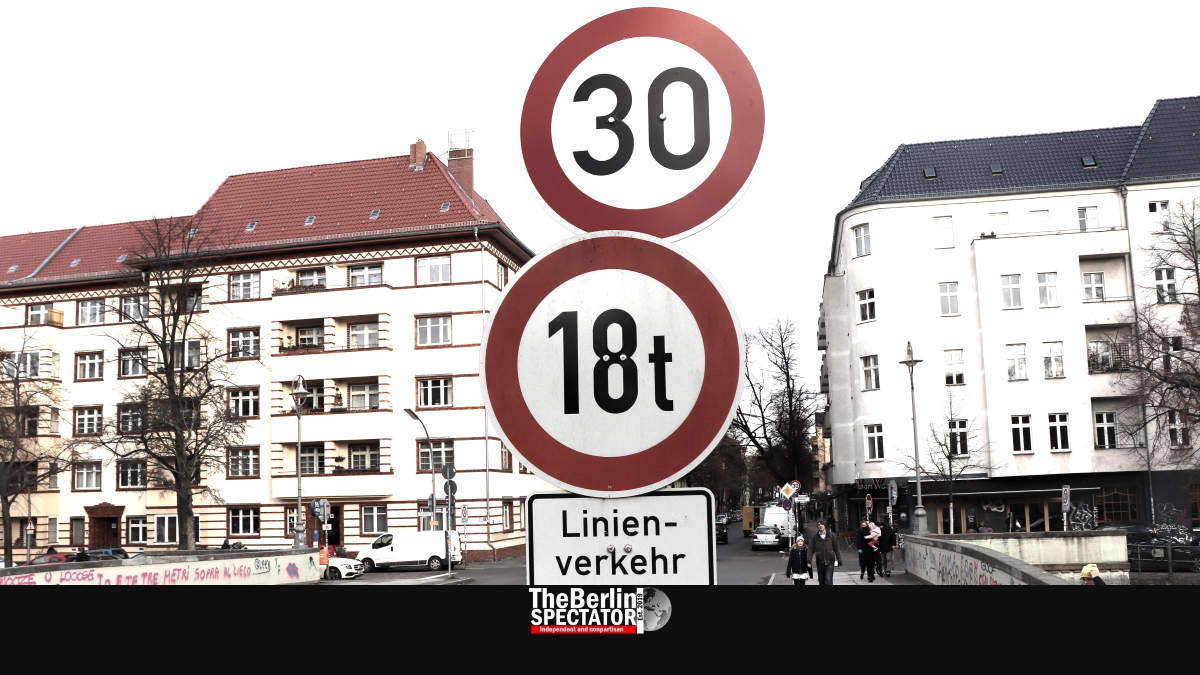 The air quality in the German capital improved to a certain extent in 2019. Both the nitrogen dioxide (NO2) and particulate matter (PM10) levels decreased.

The Berlin Senate says it managed to get down the NO2 and PM10 levels in Berlin’s breathing air, especially around certain main streets with a lot of traffic. At three points that are usually highly frequented or congested, the pollution levels declined. Those are ‘Silbersteinstrasse’, ‘Hardenbergplatz’ and ‘Leipziger Strasse’.

According to the Senate Administration for the Environment, six measuring stations delivered data which prove that, on average, the E.U. limit for NO2 concentrations was not exceeded in 2019. This may not be a giant success, but it is a step forward, Berlin’s government believes.

The decrease is probably not directly connected to the Diesel ban that was imposed on some Berlin streets, including at ‘Silersteinstrasse’ and ‘Leipziger Strasse’, because this only happened in late November of last year. On the following stretches of eight streets, the Diesel ban is now in place:

On these stretches, the Diesel ban applies to all vehicles propelled by Euro 5 Diesel engines or older ones. But there are many exceptions. Residents and people who work in the area, including handymen and cab drivers are exempt. So are delivery services.

The Berlin Senate does concede that things are not yet where they should be, regarding air pollution. In many streets within the city state, especially the most congested ones, the NO2 level thresholds are still being exceeded on a regular basis. For instance, this is the case on parts of ‘Leipziger Strasse’, where none of the measures taken seems to have kicked in.

But according to Environment Senator Regine Günther, the overall decrease “is a very good result. It shows the measures we took are having an impact.” She mentioned the 30 km/h speed limit zones (19 mph), filters that were installed into the Diesel engines of city buses, and the electric buses Berlin has purchased. But Senator Günther said too many dirty vehicles were still on the streets of Berlin.

In 2018, the Berlin Senate spread 30 km/h speed limit signs all over the place. On some streets, this measure was sold to the public as an experiment. The city was going to establish whether and how exactly the air quality improved. Apparently, the results are not yet available, some fourteen months later.

But there are other reasons the authorities name for certain special speed limit zones, including protection for children around kindergartens and schools, noise control and the defusing of spots with lots of accidents. After a freak accident that killed four people, including a 3-year-old boy, which happened in ‘Invalidenstrasse’ in September of 2019, a 30 km/h speed limit was applied there.

While critics believe this kind of speed limit may help with noise and safety, but not with the air quality, the Senate is convinced otherwise. One fourth of the recent improvement was a direct consequence of those speed limits, a statement said. Another important aspect here is the purchase of new vehicle fleets for Berlin authorities.

Apart from the Diesel ban on the eight streets mentioned above, Berlin has a so-called environment zone which encompasses a large part of the city. In that area, only vehicles with green stickers given out by the local authorities may enter. This means drivers of old vehicles who adhere to all rules will not even reach the Diesel ban zones.

Berlin has recently decided to take even more measures which have the potential to improve things regarding the air quality, the noise and safety for pedestrians and bicyclists. Parking in Berlin’s two city centers will be more expensive both for visitors and residents. More wide bike lanes will be added. So will ‘bicycle freeways’.

Regarding the air quality, Berlin is dirtiest city in Germany. In Europe, Sofia, the Bulgarian capital, is the dirtiest one. Depending on the wind, the maximum particulate matter there can reach 20 to 40 times the E.U.’s maximum values. In Sofia, the air in winter literally kills.