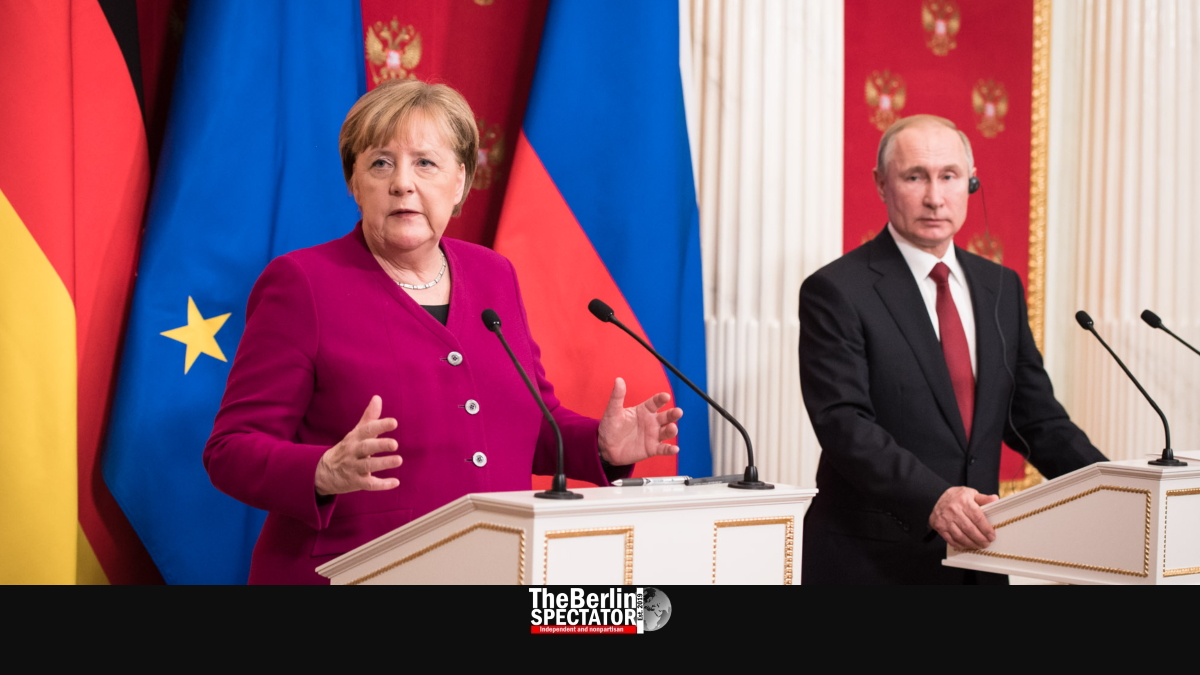 Angela Merkel’s visit to Moscow was remarkable in one way: The German Chancellor did not criticize her host President Vladimir Putin, at least not publicly, in spite of it all.

The visit in Moscow was scheduled before the recent events in the Middle East, meaning ahead of the drone strike in which the United States killed Iran’s general Qassem Soleimani and before Teheran’s face saving response. German Chancellor Angela Merkel, who arrived with an entourage that included Foreign Minister Heiko Maas, did not embark on a spontaneous trip here. This was not a hastily organized crisis visit.

After more than three hours of talks in Moscow, she and Russia’s President Vladimir Putin started their delayed press conference. Merkel did talk about the downing of the Ukrainian Boeing 737 passenger jet in Iran. She demanded a “merciless clarification” of the incident that killed 176 people. The fact that Iran had conceded its military had shot down the aircraft by accident was an important step in that direction, Merkel stated.

Germany: The Party Continues in Spite of Rising Infection…

Germany: Occupancy Rate at ICUs at Highest Level Since…

Putin did not mention the aircraft. Maybe he did not want to remind the world of Malaysia Airlines flight no. 17 which was shot down by pro-Russian separatists over Ukraine in 2014. In this case, 298 passengers and crew members were killed. He did talk about his “Iranian partners” though. They were ready to return to the nuclear agreement. While Washington does not believe in the so-called Iran Deal, Merkel and the European Union are eager to save it.

Surprisingly, Merkel did not criticize Putin at all, at least not publicly. She conceded there was a problem, referring to the “territorial” American sanctions which got the Nord Stream II pipeline project in trouble and which both Germany and Russia did not consider to be right. According to the Chancellor, the project needs to be finalized. Other European countries had an interest in diversifying their natural gas delivery too. Putin said he hoped the construction of the Nord Stream II pipes in the Baltic Sea could be finalized later this year or in the first quarter of next year.

Merkel also said they had talked about international crises. She mentioned Libya and said the recent meeting between Putin and his Turkish colleague Erdoğan had been “good”. At the same time she announced a Berlin conference with the purpose of finding a peaceful solution of the conflict, under the patronage of the United Nations. In Syria, more humanitarian channels for the suffering people in certain parts needed to be opened. And there had to be a diplomatic solution to the conflict brokered by the United Nations. This was the only way.