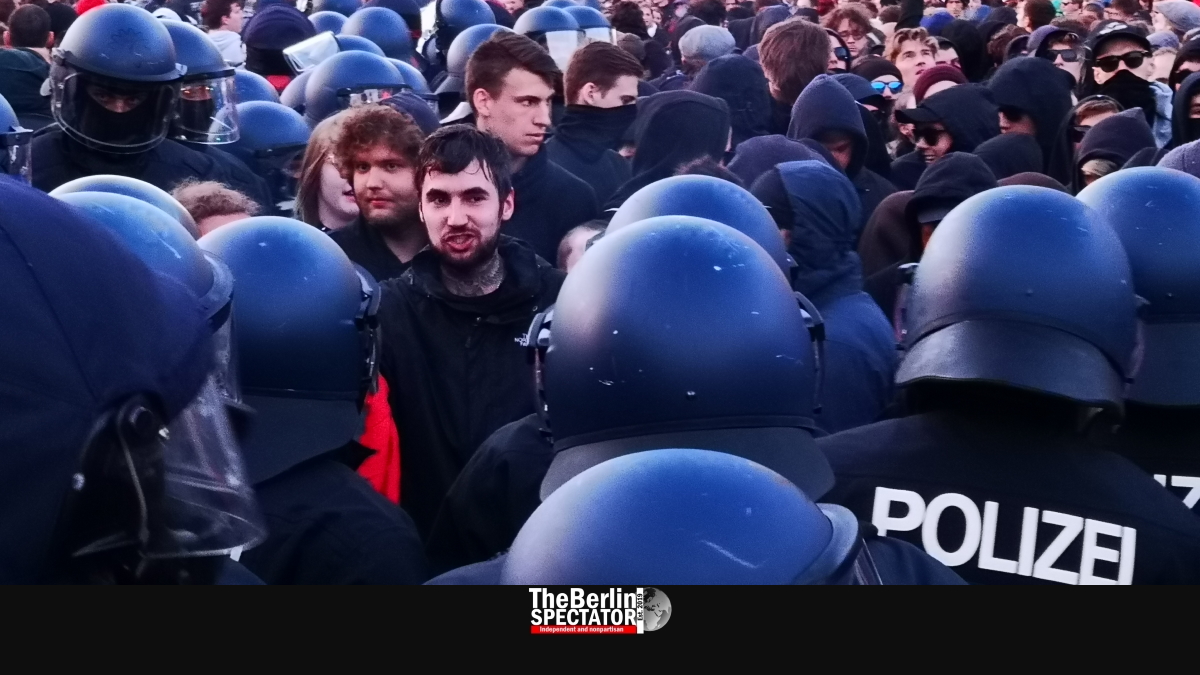 Photo: May 1st protest in Berlin, by Imanuel Marcus
Share

In Berlin, both police and fire fighters are increasingly being attacked by mobs or individuals on the streets. There are thousands of incidents of this kind every year.

The Berlin police play an important role, even more so than in other parts of Germany, because the city is large. Also it the capital of the Federal Republic of Germany and has a special status for that reason. As many as 5000 protests take place each year. Some of those turn violent.

Also the Berlin Bundestag needs to be protected. The same applies to the government and important visitors. Both the federal police and the Berlin police are busy in this regard as well. Quite often, police officers from other federal states come to Berlin in order to support forces there.

On top of it all, traffic rules need to be enforced and criminals dealt with. Organized crime is yet another area. About one police operation per day is being launched against criminal Arab family clans or comparable structures. Everything adds up to an enormous workload.

But all of the above is only part of what police in Berlin need to deal with. Apparently, their own safety is at risk too. German-language media quoted police chief Barbara Slowik this past weekend. She said her people were victims of violence 19 times per day, on average. According to the Berlin division of the German Police Union, there is a “new dimension of violence”.

In 2019, there were almost 7000 cases in which police officers were targeted, according to Barabara Slowik. In addition, police men and police women were being insulted, threatened and verbally abused. Slowik was quoted saying the situation was beyond belief.

Berlin’s police department is reacting. When possible, they send out more officers than necessary to emergencies in certain districts. Also they established a hotline for officers who become victims of violence. When they call they can ask for psychological or social support.

Recently, police officers have been attacked in these cases:

In 2017, a new law kicked in. Violence against police and other helpers are being punished harder since. But that does not seem to keep certain individuals and violent groups from attacking police in Berlin.

Apart from police, fire fighters and paramedics are increasingly being attacked. Berlin’s fire chief Karsten Homrighausen just told the German-language ‘Morgenpost’ daily, there had been 200 attacks against his people in 2019. Those had mainly happened in three districts, namely Neukölln, Kreuzberg and Gesundbrunnen.